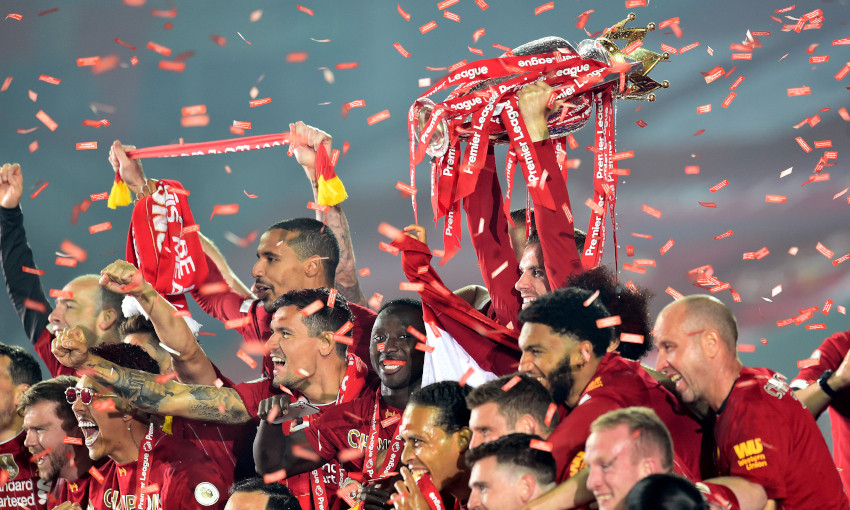 After Jordan Henderson lifted the Premier League trophy at Anfield on Wednesday night, The Times' chief football writer Henry Winter pays tribute to the captain in a special column for Liverpoolfc.com...

When Steven Gerrard posted that old picture on Instagram of him placing the captain’s armband on Jordan Henderson’s arm, it quickly racked up more than 800,000 likes - and counting.

Gerrard wrote of how he couldn’t have passed it to a better person. It was a typically generous tribute from Gerrard to celebrate the title but what also stands out in the photo is the pride in Henderson’s eyes as he receives the captaincy.

The 30-year-old understands the honour. He spent four years playing under Gerrard, admiring the No.8’s ability to change games through strength of character as well as those fabled footballing gifts. Henderson’s achievements at Liverpool this past, trophy-hoisting year have also been built on his own immense strength of character.

There have been many eloquent salutes to Henderson following Liverpool’s emotional reacquaintance with the title of being champions of England. When I think of Henderson, I don’t just think of a captain risking backache by lifting trophies. I think of that inner steel Henderson needed being at Liverpool in Gerrard’s shadow, the possibility of departing to Fulham in 2012, having doubts cast over his technique when he has a passing repertoire. Anybody doubting Henderson’s shooting should be instantly referred to a brilliant strike against Manchester City in 2015: left, left, right, right - goal. Joe Hart no chance.

He can shoot, he can pass, he can play. Henderson’s more focused on helping others to score, on helping the team to victory not himself to personal glory. He’s got that mettle, that selflessness. I think of him standing up to Chelsea’s Diego Costa in 2015, and rising above the disappointment of league near-misses in 2014 and last year.

I think of his strength of character to keep believing even when Liverpool kept buying midfield players, 10 of them down the years, and yet he’s the one who remains the heartbeat, the spark in the engine room. He’s now played 364 times; five more and he will be alongside Robbie Fowler at 35th in Liverpool’s all-time appearance record.

Henderson has demonstrated quiet and sustained strength of character to cope with the challenge of 15 rivals for his England midfield position since making his debut in 2010. Of that game at Wembley, a 2-1 defeat to France, the BBC declared “Henderson endured a difficult night”. For a few years, many questioned whether he should be in the squad. Not now.

He’s since started a World Cup semi-final, is even more influential now than in Russia. He’s the man driving the midfield on, an important voice on and off the field. One more appearance and Henderson matches the great Johnny Haynes’ 56 caps, another and he’s level with Jimmy Greaves and Paul Gascoigne. Henderson walks - runs - amongst giants. It takes a formidable mental resilience, something deep within, to keep dealing with adversity and rivals, and keep going. 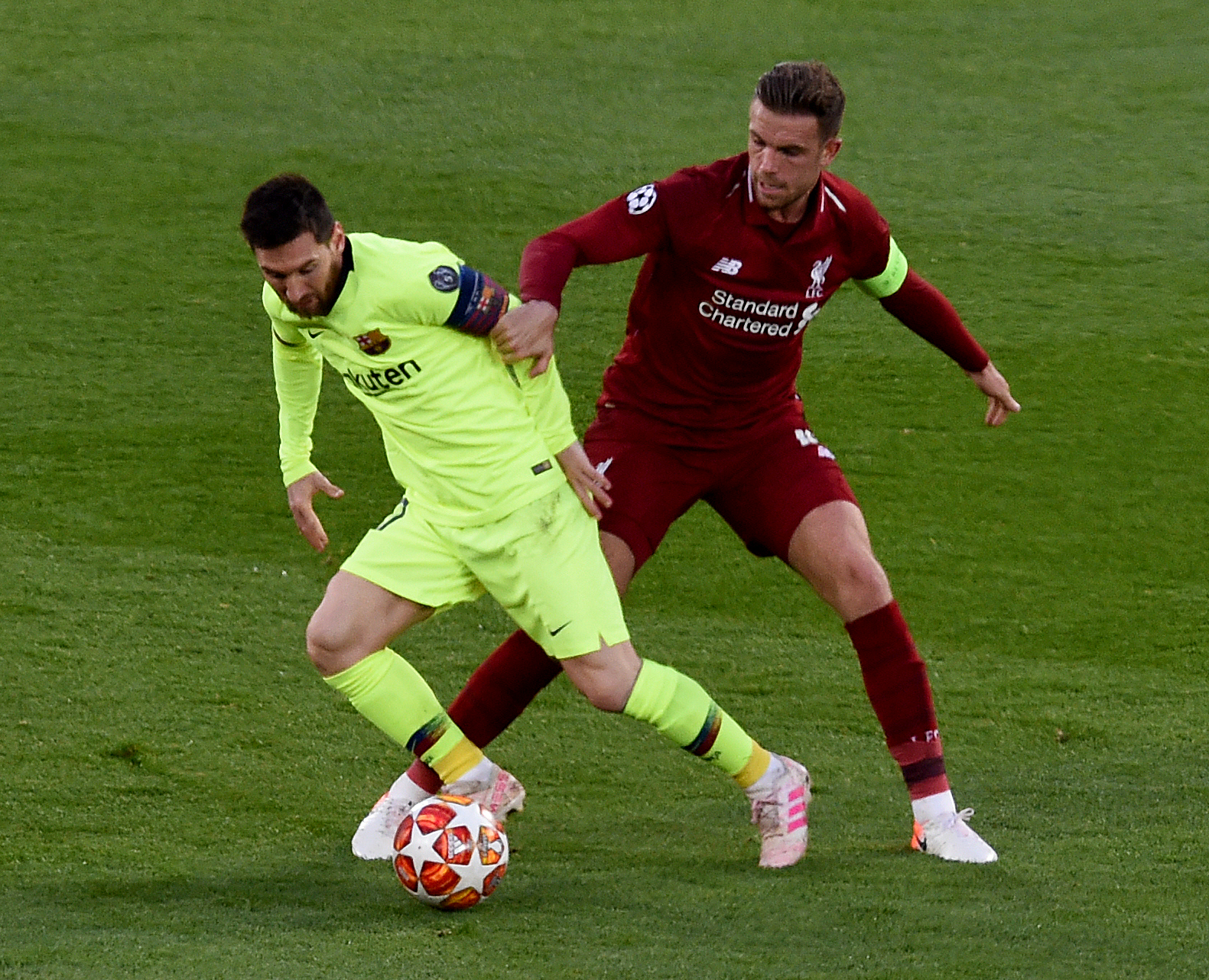 I think of the player who took a knock to the knee in the 2019 Champions League semi-final against Barcelona, and Anfield fell quiet at the possibility of losing such a leader in what appeared a mission impossible. Henderson played on. He fought his way through the pain, staying mobile in the dressing room at the break, pushing his body through the second half, and collapsing at the final whistle, his knee now swelling up. He gives his all.

I think of him talking to players before the final in Madrid about the anguish of the loss in Kiev, and how this was their moment. He’s a leader. He showed that throughout the final, and throughout this league season. Henderson’s triumph is a success story for the ages, a parable of the importance of never giving up which resonates not just through sport, but life.

Henderson’s journey to glory has been greeted with unrestrained glee by Liverpool fans, by plaudits from many pundits, but also respect from other clubs. They see an honest, humble man giving everything for his team.

They see a club servant emotionally engaged with the crest on the shirt, and with the contact with the armband. They know how hard Henderson has worked for this, how his determination and encouraging has carried Liverpool through some tough times.

When you walk through a storm, it helps to have Henderson guiding the way. During all the dark moments, Henderson’s never lost his humour or politeness or positivity.

People increasingly see the compassion off the field, as well as the passion on it, the community work he does. He mobilised the players to contribute to that life-saving foodbank run by Ian Byrne and his magnificent mates behind the Anfield Road end. Henderson the helper is more than a Liverpool story; he’s a role model for the nation with the vital work he has done driving the #PlayersTogether campaign, raising millions for the NHS and key workers.

“Jordan’s been fantastic,” Mark Noble told me of their work on #PlayersTogether. “I’m so impressed with him.” On the field too. “He’s just about to lift the Premier League trophy and also Champions League winner,” Noble added, almost in awe.

Henderson’s sense of community will not be forgotten by those on the frontline against COVID who found themselves with the PPE they needed because Liverpool’s captain, along with other captains like Noble, rallied the Premier League dressing rooms. It will also not be forgotten by the general public. We all remember those who contributed most during the pandemic and Henderson, although he hates the publicity, has acted with empathy and impressive organisational skills.

He’s been a beacon of hope in dark times for the country, a nation craving real leadership. And he’s a winner on the pitch, too, helping end that 30-year wait for the title. Gerrard’s right. The captain’s armband, that symbol of taking responsibility, suits Henderson well.

I would like to wish Jordan all the best in his recovery from injury and he will be back as strong as ever ready to lead Liverpool into their next challenge for 2020-21.