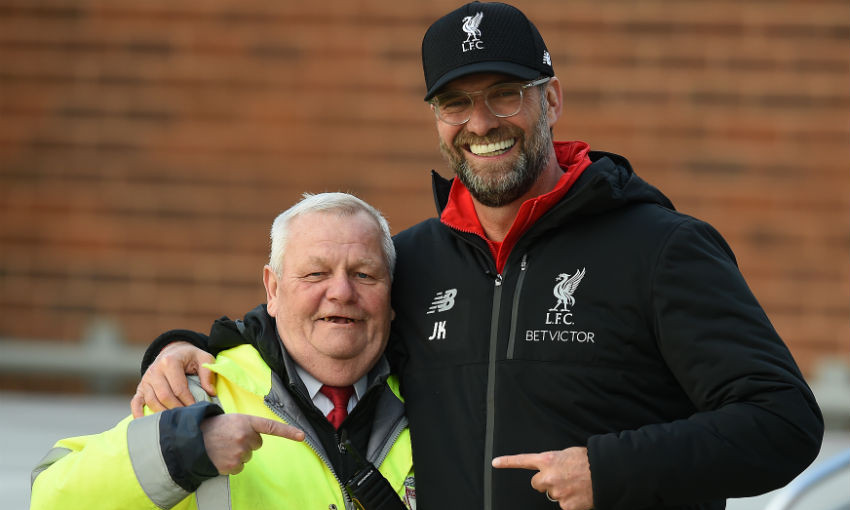 Remembering a fond farewell to the standing Kop

Kenny Grimes has retired after more than 30 years with Liverpool FC - and Jürgen Klopp has paid tribute to the long-serving Melwood gateman in a touching video message.

A popular member of the security team at the Reds’ West Derby base for the last three decades, Kenny also served the club as a matchday steward at Anfield.

After suffering a stroke that forced him to take a leave of absence earlier this year, Kenny has now retired on his doctor’s advice.

Upon hearing the news, Klopp delivered a personal message directly to his friend and former colleague, which you can watch in full below…