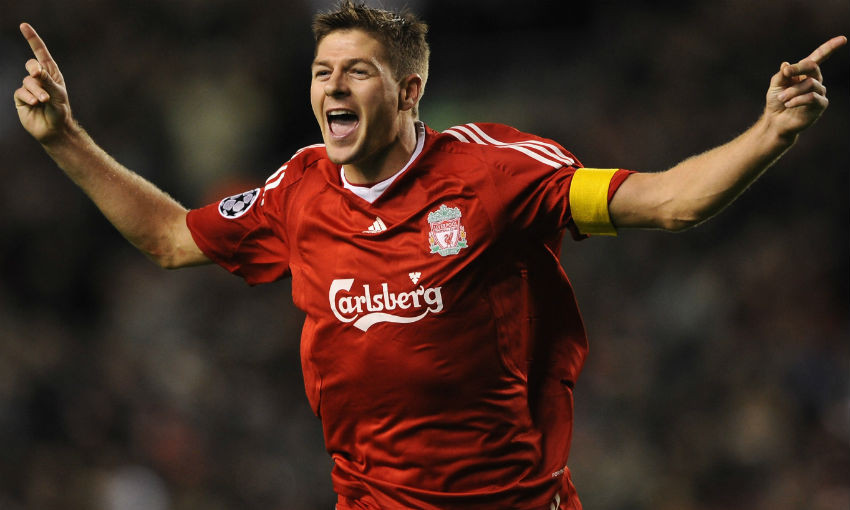 The manner in which Steven Gerrard scored his 100th goal for Liverpool was entirely fitting.

The opponents were PSV Eindhoven in a Champions League group-stage match in October 2008.

With the Reds 2-0 up as the game neared its end, Fabio Aurelio nudged a dead ball into Gerrard's path and the captain, in trademark style, crashed an unstoppable, rising drive into the net.

Watch for yourself below.