Each Sunday over the coming months, LFCTV will air one of our exclusive documentaries at 9pm UK time.

The programmes will also be available to watch for free online for the day if you register with LFC.

Today, Klopp’s Journey to the Kop charts the boss’ rise from humble beginnings in his hometown of Glatten to the pinnacle of German football.

First aired in December 2015, the film gave Kopites a closer look at the man the club had appointed to the helm two months prior.

You can click here to register with LFC and watch the documentary for free. Read on below for a taste of what to expect... 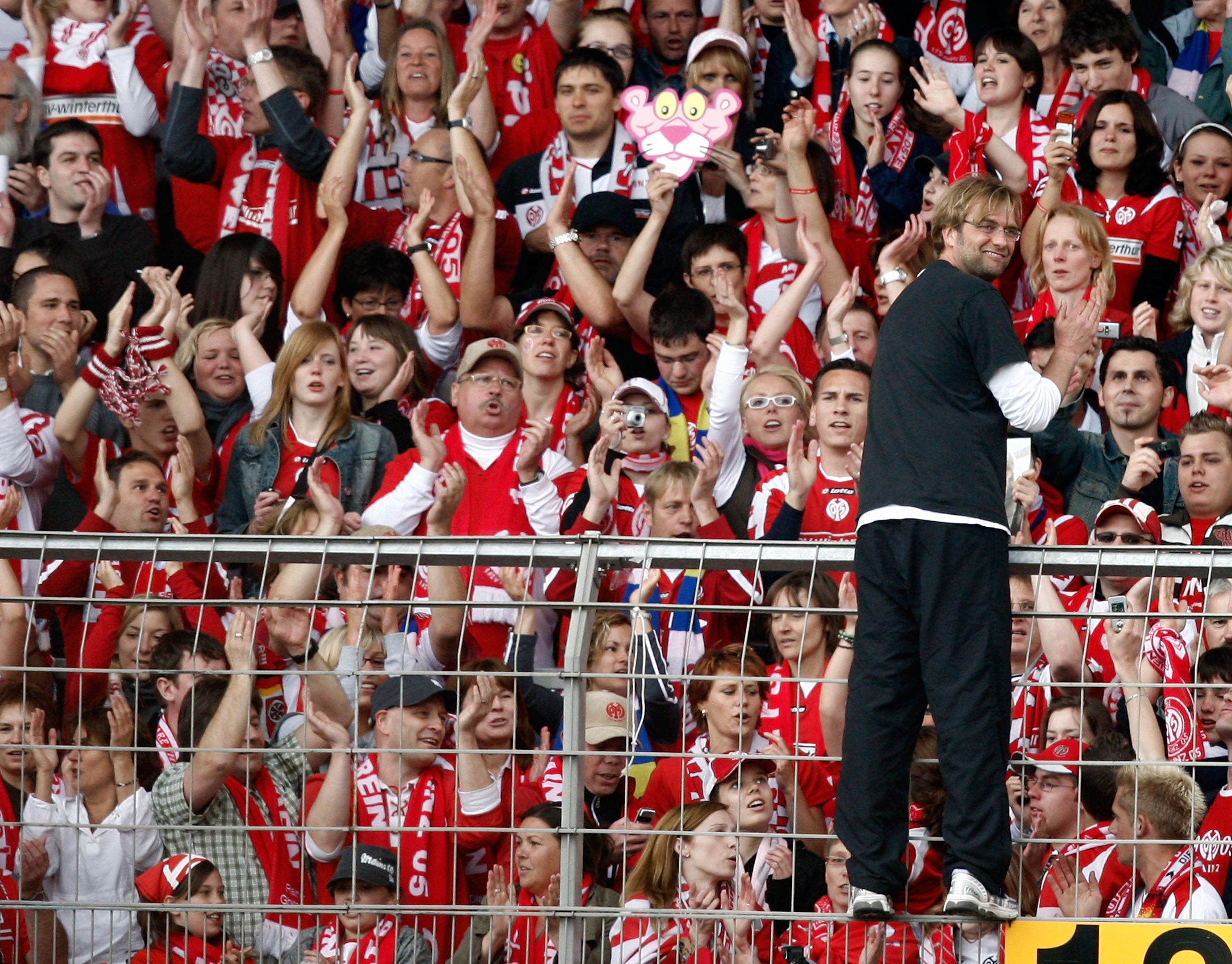 Jürgen Klopp is fighting back the tears.

Loyal players huddle around him as he savours the moment.

In the stands, a wall of red and white bellows You’ll Never Walk Alone.

It is a moment of stunning communion between fans, players and manager.

And yet sadness pervades, for this is no celebration; it is a tearful parting of ways.

This is not Estadio Metropolitano in June 2019 or Barcelona at Anfield last May.

This is the Bruchwegstadion in 2008, where Jürgen is about to end a near-two-decade association with his beloved Mainz 05.

His blond locks are longer, his beard is less bushy and yet as he sits in silence on the turf, the words of You’ll Never Walk Alone are sung for him.

It is the Bruchwegstadion in the summer of 2008, but it could be any of the German’s most memorable Liverpool celebrations to date.

The same lyrics to the same song.

Hallmarks of his greatness and parallels with Klopp’s Liverpool career so far are everywhere in his Journey to the Kop.

The story begins in Germany’s Black Forest, in the serene ski-town of Glatten, where a young Jürgen enjoys a budding football career.

In Mainz, a carnival town on the banks of the River Rhine, he earns cult status among the fans, first as a striker, then as a defender. 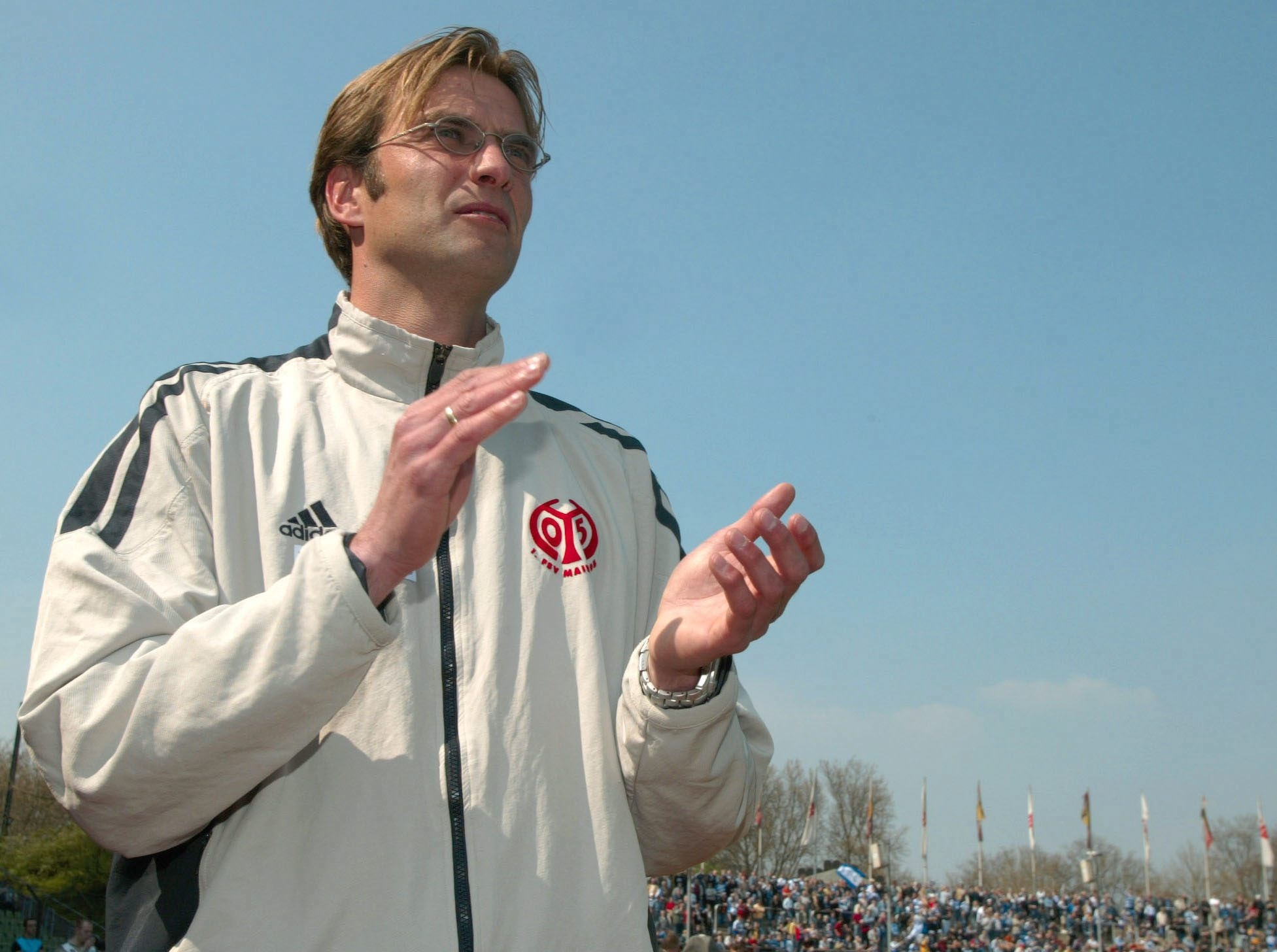 “I had this dream to become a football manager,” explains Klopp in the documentary. “But it didn’t come at first, and I had to wait until I was 33.”

When the call came, Klopp seized the chance, transforming from player to coach overnight to rescue Mainz from relegation in 2001.

From there, he set about driving the second division side towards the top end of the table; and the parallels with his Liverpool days began to emerge.

For the heartbreak of defeat by Real Madrid in Kiev, see how Mainz’s hopes of Bundesliga promotion were dashed in 2002 when they missed out by one point.

For echoes of the Reds’ second-placed Premier League finish of 2019, see how Mainz missed out on promotion once again in 2003. This time by one goal.

And then watch how Klopp steered his side on in the face of adversity to achieve their Bundesliga goal in 2004. 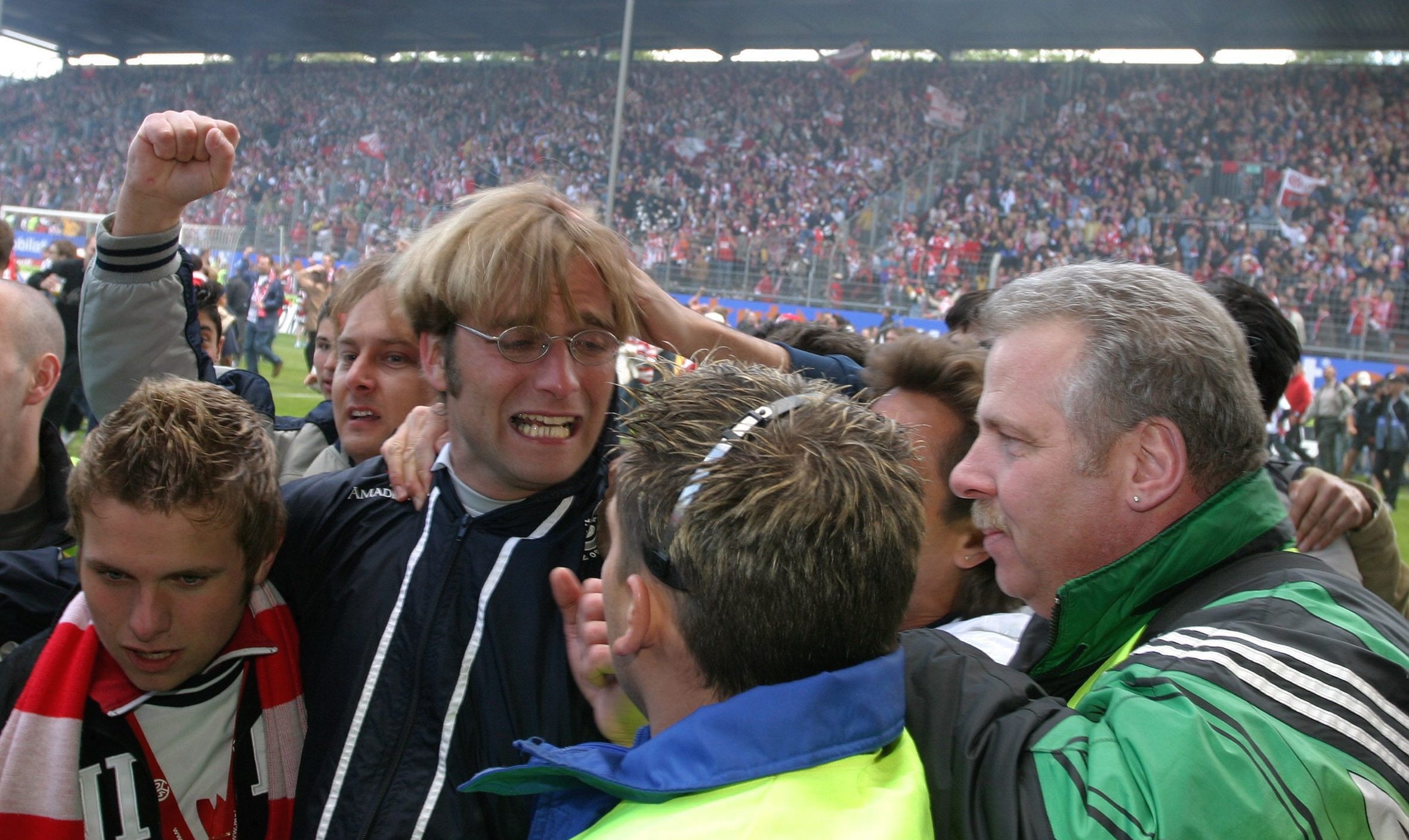 All is brought to life in Klopp’s Journey to the Kop through rare footage of the time, painting a vivid picture of the tears and the triumphs.

It takes the viewer through his Bundesliga days, where Mainz punched above their weight before the relegation which preceded Klopp’s departure on that tearful day in 2008.

From there, Borussia Dortmund beckoned.

“When they called,” explains Klopp. “It was really difficult not to shout in the first second – yes!”

And yet he inherited a side languishing 13th in the German top flight. 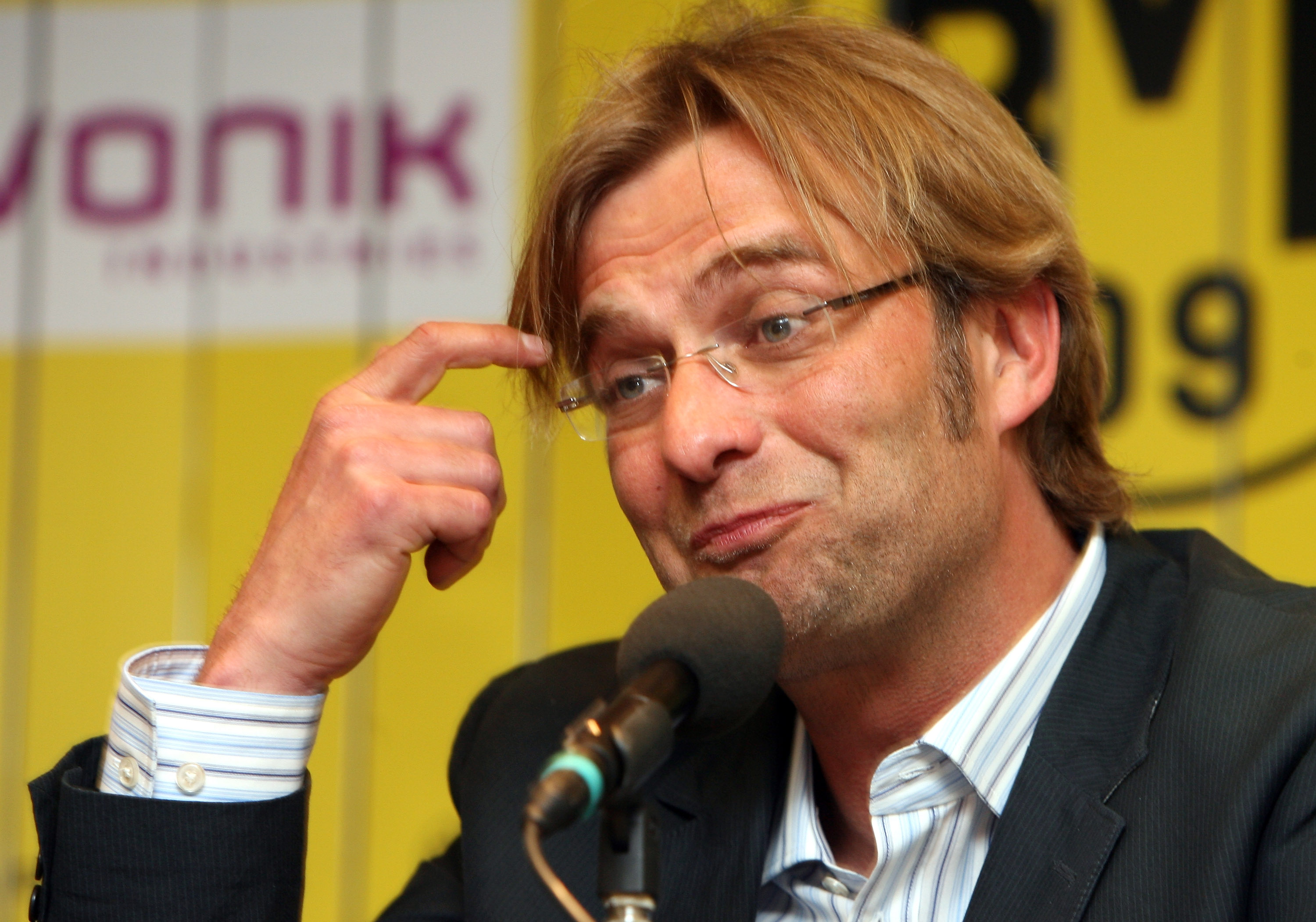 At the end of his first season they had risen to sixth and the following year they were fifth, imbued by the manager’s attacking approach.

The Yellow Wall, Dortmund’s colossal 25,000-capacity stand at Signal Iduna Park, had been reinvigorated – and Klopp was its new idol.

“When you see 10 players work so hard and run so much, the energy that you see on the pitch jumps over – there’s a spark – and it lights up the crowd,” Raphael Honigstein explains in the documentary.

This synergy of a youthful side, Klopp’s frenetic energy and the Yellow Wall’s ear-splitting devotion delivered Dortmund’s Holy Grail in the summer of 2011.

On a day when Dortmund partied in the sunshine, BVB were crowned Bundesliga champions for the first time in nine years. 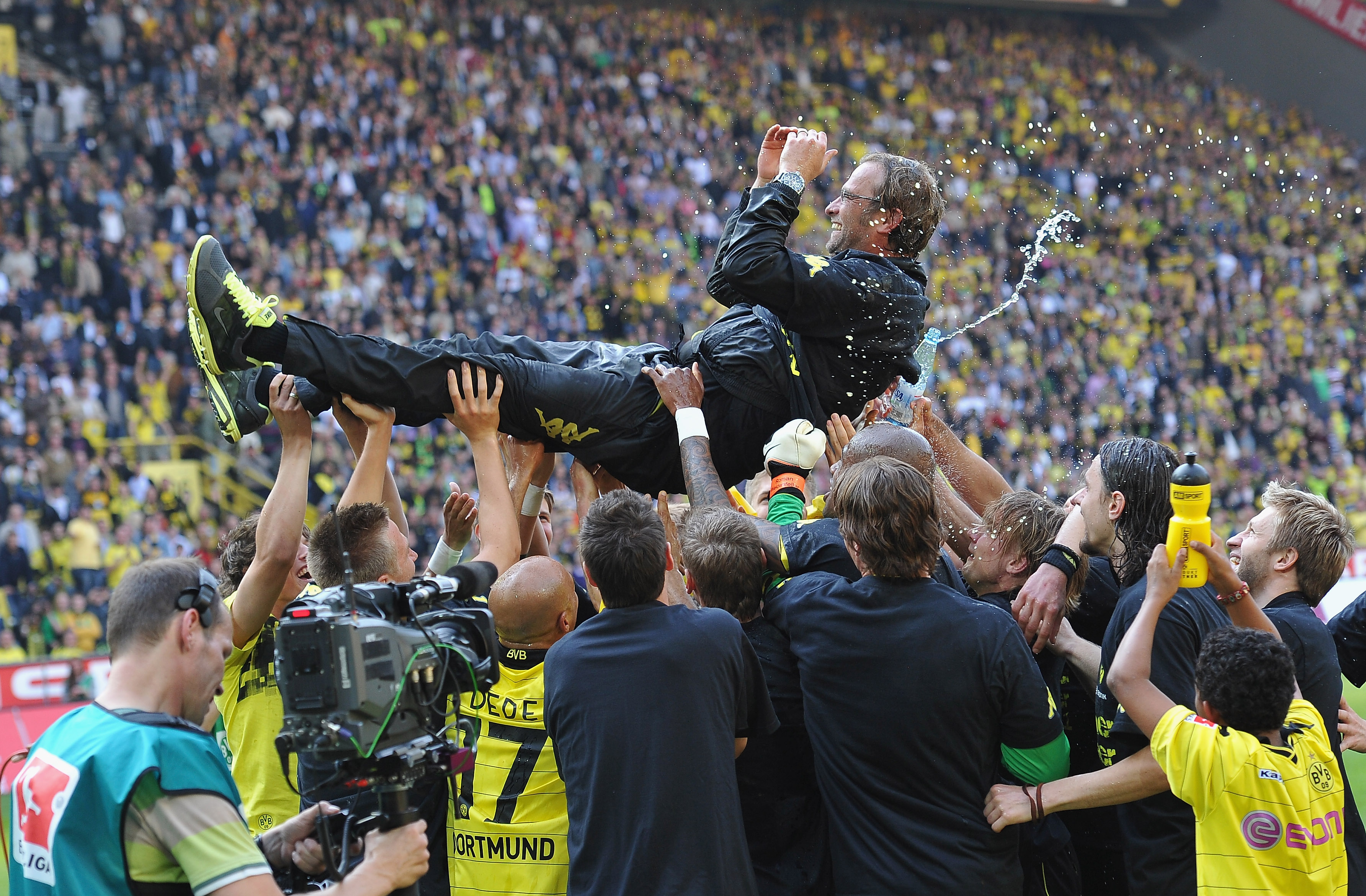 Within 12 months, the gleaming round trophy had been retained.

Inspired by a brilliant spine of Mats Hummels, Mario Gotze and Robert Lewandowski, BVB edged rivals Bayern Munich to both the league and the German Cup.

It was to be the peak of Klopp’s Dortmund career.

A narrow defeat in the following season’s Champions League final against Bayern at Wembley preceded a dip in domestic form.

And in the summer of 2015, Klopp departed Dortmund in a similar wave of adoration to the one that was witnessed at the Bruchwegstadion in 2008.

The manager fought back his tears and his players huddled around him as the Yellow Wall bellowed words of devotion. 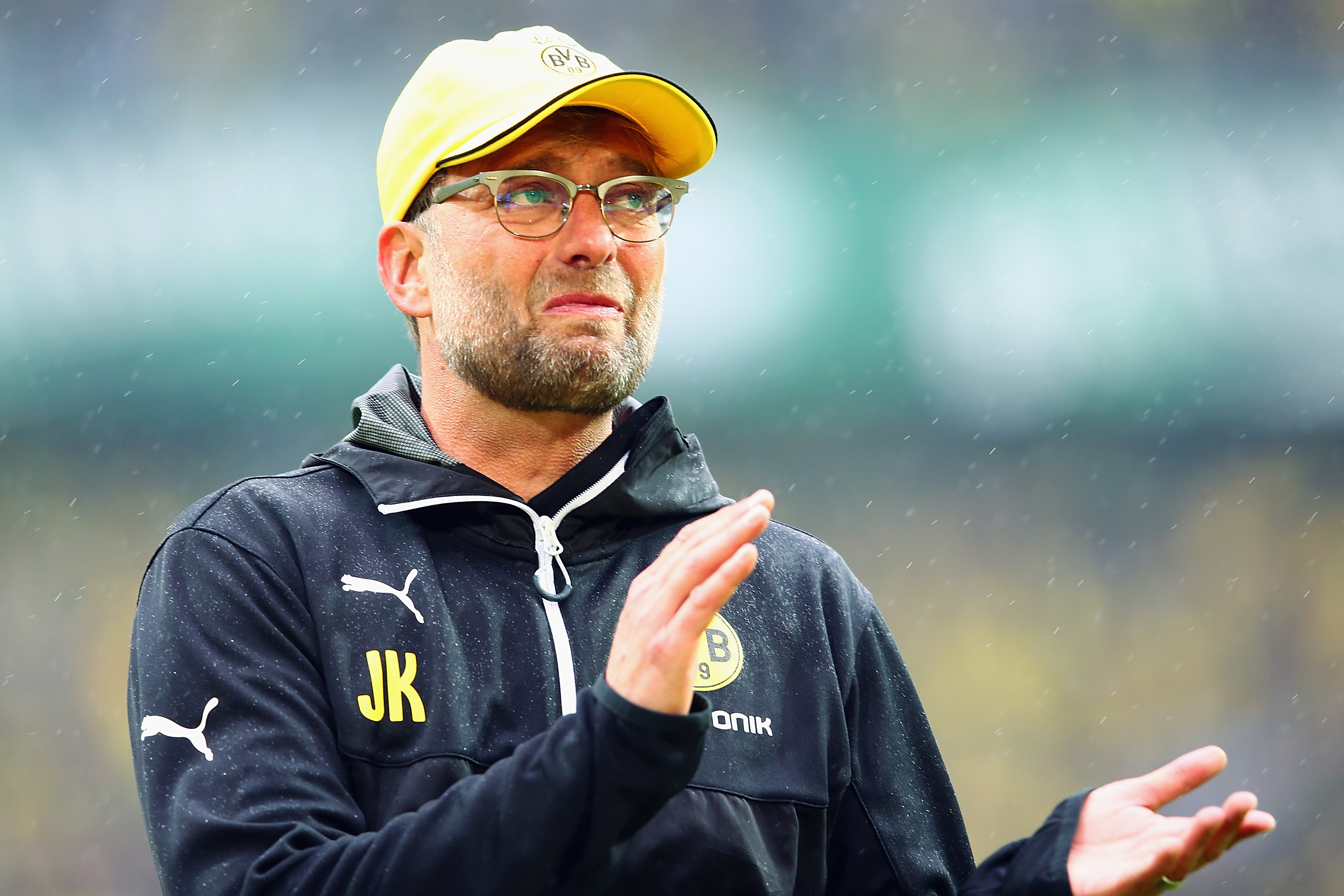 “I thought [leaving Dortmund] would be a break,” explains Klopp. “I tried to make a break; a real break.

“The first four months of my break were really a holiday.

“And then there came another big club…”

Tune in to LFCTV at 9pm GMT or click here to register with LFC and watch Klopp’s Journey to the Kop for free now.