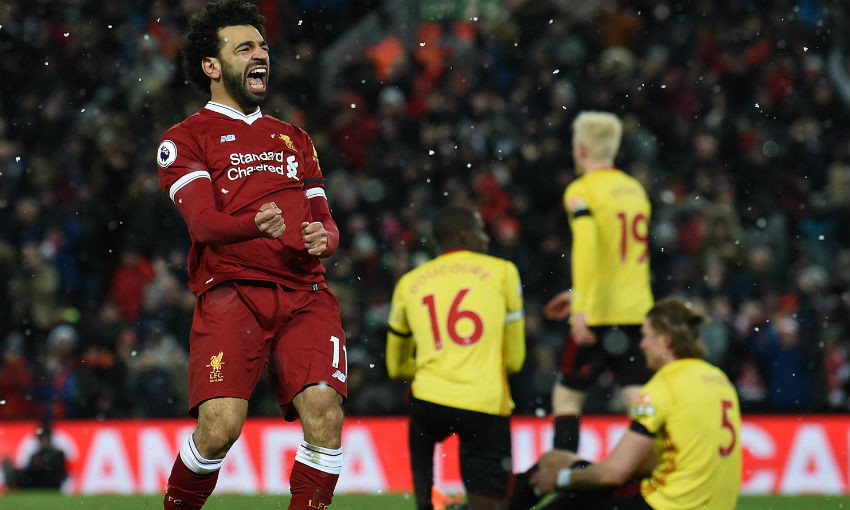 Goal of the Day: 'It was important to score at least once for Liverpool'

March 17 has proven to be a productive date in Liverpool’s recent history.

The Reds played - and won - on this day in each of the last two years. Twelve months ago, James Milner’s nerveless 81st-minute penalty sealed a 2-1 success at Fulham soon after Ryan Babel had levelled Sadio Mane’s clinical opener.

Victory at Craven Cottage lifted Jürgen Klopp’s side two points clear of Manchester City at the top of the Premier League, although Pep Guardiola’s team retained a game in hand.

“It was a good reaction. After they got the equaliser, we were again much clearer than we were before the equaliser. So, all good, a good reaction. Not a perfect football game but, in a difficult week for us, a sensational result,” Jürgen Klopp said after a match that followed wins over Burnley and Bayern Munich.

A year previously on this day, a masterly performance from Mohamed Salah inspired a 5-0 rout of Watford at a wintry Anfield.

The Egyptian’s four-goal haul took his tally for the 2017-18 season to 36 in just 41 appearances. As Hornets boss Javi Gracia neatly summed up post-match: “No matter how hard you work on your plan, a player like that can change it in an instant.”

For good measure, Salah registered an assist for Roberto Firmino’s imaginative flick at the Kop end, too.

On March 17, 2016, Philippe Coutinho’s delicate, scooped finish at Old Trafford settled a Europa League last-16 tie against Manchester United, while five years earlier, Pepe Reina made his 300th appearance for the club as Liverpool were eliminated from the same competition by Braga.

This date is also significant for another member of the Reds’ goalkeeping pantheon: the legendary Bruce Grobbelaar signed for Liverpool on March 17, 1981.