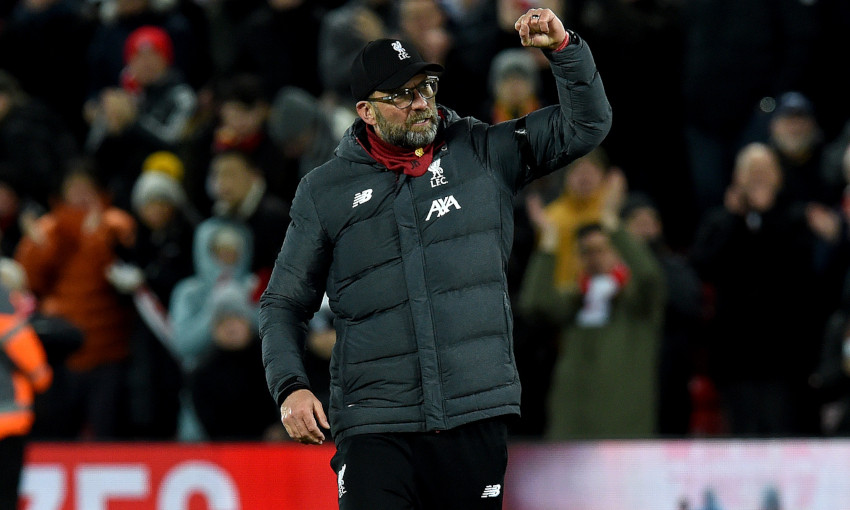 Jürgen Klopp's Liverpool continue to set records in the quest for a first Premier League title and their latest victory saw the Reds equal a landmark set under Bill Shankly almost half a century ago.

The 3-2 success against West Ham United on Monday was the 21st in a row by Klopp’s side in the Premier League at Anfield – matching the all-time English top-flight record winning streak by any team on home soil, originally set by Shankly’s Reds in 1972.

A lot may have changed in the near-50 years separating the two feats, but there are plenty of comparisons to be drawn that highlight how the current crop represent a throwback to one of the club’s best eras.

In matching the 21 consecutive home league wins, the class of 2019-20 also have a strikingly similar goal record across those fixtures to Shankly’s men.

Both runs saw Liverpool concede 14 times, and while Klopp’s side have scored two more goals in their streak (61 to 59), Shankly’s group kept two more clean sheets (12 to 10).

History has a strange knack of repeating itself, and it could do just that should Liverpool go on to surpass the 21-game record and break it outright.

Shankly’s charges began and ended their record run against the same opponent – Crystal Palace. A 4-1 win over the Eagles in January 1972 and a 1-0 triumph against them in December that year bookended the original record.

The current Liverpool team started their streak with a 3-0 win over Bournemouth in February 2019. And who do the Reds next face at Anfield in the league as they look to set a new high? Of course, it’s Bournemouth again on March 7.

Both of the joint-record runs have spanned across two separate top-flight seasons. Shankly’s side lost out on the title by a solitary point in 1971-72 (in an era when only two points were awarded for a win, not three) but continued their home winning streak into 1972-73, when they went on to clinch the league.

Klopp’s Reds also lost out on the Premier League last season by a solitary point. They are now four wins away from matching Shankly’s team’s achievement and winning the title the following campaign.

The similarities do not end there, either. The biggest of Liverpool’s past 21 home league victories were 5-0 routs of Watford (February 2019) and Huddersfield Town (April 2019). Likewise, the largest wins in the 1972 streak were also two 5-0 scorelines – against Newcastle United in March and Sheffield United in September of that year.

Both of the runs also saw exactly 13 different Liverpool players score at least one goal. In 1972, the range of scorers stretched from John Toshack (14 goals) and Kevin Keegan (eight) to Phil Boersma and Bobby Graham (one each).

The current run has seen scorers from Sadio Mane (18) and Mohamed Salah (17) down to Naby Keita and Joel Matip (one apiece).

There are also traits unique to each side, though.

In 1972, only one substitution was permitted per match by any team – and Shankly made just two across all 21 wins combined in his record run. As a result, only 17 players were used in total, eight of whom featured in every single match. 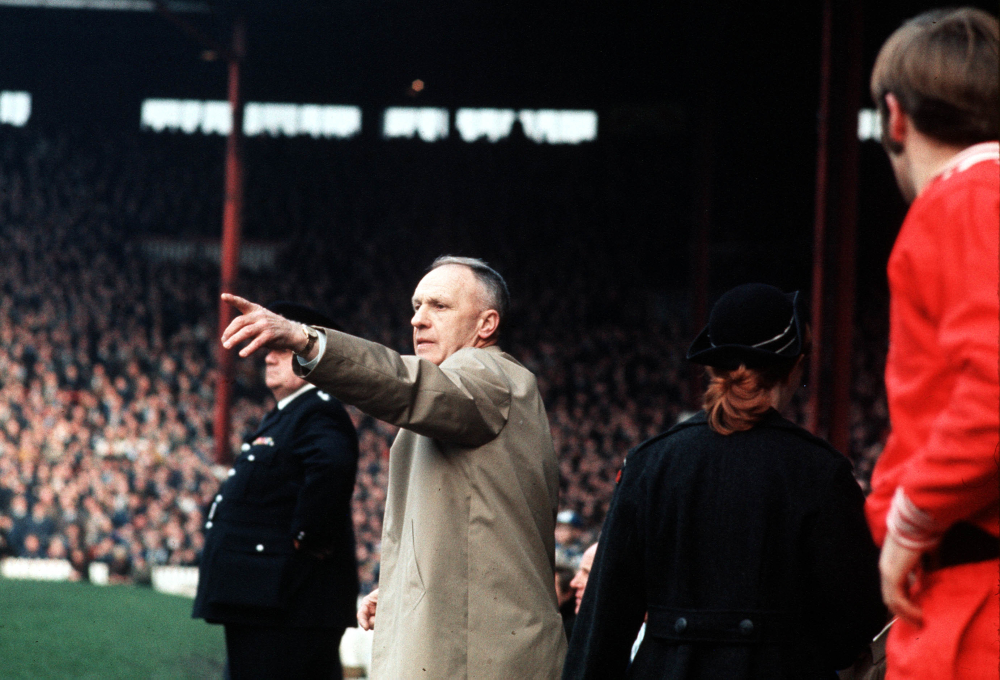 From legendary goalkeeper Ray Clemence to Liverpool’s all-time record appearance maker Ian Callaghan, future captain Emlyn Hughes to a name immortalised in the Fields of Anfield Road in Steve Heighway, Shankly had a reliable crop of players forming the spine of his side and playing every minute of the run.

Klopp, by contrast, has used 23 players in equalling the feat, only four of whom have played in all 21 victories – full-back pair Trent Alexander-Arnold and Andy Robertson, and Dutch duo Virgil van Dijk and Georginio Wijnaldum.

Not only has the current boss used a larger variety of players, so too has the age range of such talent been wider.

The oldest man to appear in the 21 home wins over the past year or so has been James Milner, who played 90 minutes two days before turning 34, in the 2-0 win over Sheffield United in January, while in the very same game, so too turned out the most fledgling of the 23 Reds to be a part of this pace-setting squad.

Harvey Elliott was just 16 years and 273 days old when he came on to line up alongside Milner that night – having made 530 fewer Premier League appearances than his veteran teammate. 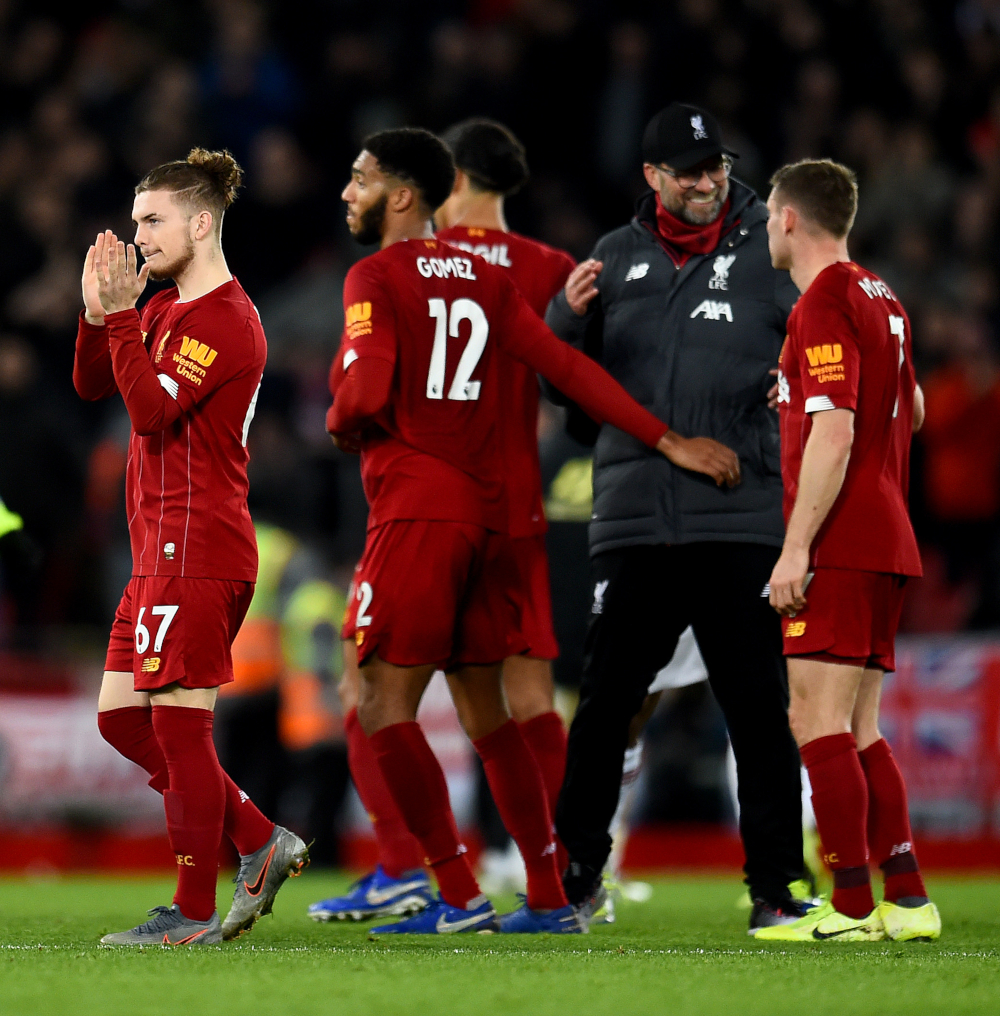 By comparison, the ever-present Callaghan was the only 30-year-old to play a part in the 21 successive wins under Shankly, while the youngest to be involved in 1972 was future Liverpool captain and assistant manager Phil Thompson, who was 18 years and 337 days of age when he started win number 20 out of the 21 that year (v Coventry City).

Overall, Shankly’s starting players across the 21 matches had an average age of 25 years and 74 days. Klopp’s, by comparison, have had an average of 27 years and eight days. A couple of years older, but equally as effective.

In fact, the same age gap separates the two captains for the teams. Tommy Smith was 27 when Liverpool’s 21-game home streak ended under Shankly, while present-day skipper Jordan Henderson is 29 years of age as they look to better the record.

Both men won the European Cup with the Reds and Henderson will be hoping he can soon emulate Smith in captaining the club to top-flight success as well.

Klopp is bringing in a new era for Liverpool fans across the globe to enjoy, but in doing so he has invoked the same spirit, will and desire of a side built almost 50 years ago. Shankly’s team is not a bad one to be compared to.

Michael Reid is a football data editor at Opta. Statistics for 2019 and 2020 provided by Opta.