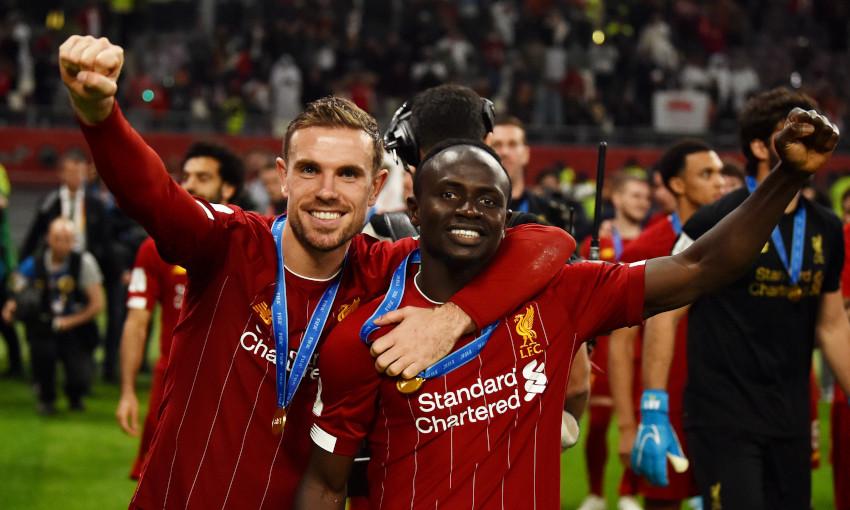 Liverpool added another glittering prize to their trophy cabinet as they beat Flamengo 1-0 to win the FIFA Club World Cup for the first time in their history.

Roberto Firmino scored the only goal of the game in extra-time against his Brazilian compatriots, securing a third trophy of the year for Jürgen Klopp's team.

It was one small step for Jordan Henderson but a giant leap for Liverpool Football Club. As the Reds skipper made the climb up towards the winners' podium, his teammates stood expectantly in wait. What had for several years been tantalisingly out of reach is becoming commonplace, Henderson's pre-trophy lift 'shuffle' a trademark now etched in the Anfield annals. And as he thrust the FIFA Club World Cup into the Qatar night air, it confirmed Liverpool's position as the greatest football team on the planet. Fittingly, it was a Brazilian, Firmino, who struck the decisive blow against Flamengo nine minutes into extra time. And it was Henderson, the captain fantastic on the evening, who provided the spark, his fine, arced forward pass cutting out the Flamengo defence and releasing Sadio Mane, who in turn fed Firmino to cut inside and finish with aplomb. European Cup in June, UEFA Super Cup in August and now Club World Cup in December, what a six months this has been for Klopp and his players, becoming the first English team to complete the international treble. Liverpool supporters will hope there is more to come, not least with their team having opened up a sizeable lead at the top of the Premier League. Henderson was magnificent. And Joe Gomez wasn't far behind, helping nullify Flamengo dangerman Gabriel Barbosa.

After beating Flamengo to clinch the Club World Cup on Saturday evening, Liverpool have a legitimate claim to being the world's best team in this moment. Comfortably clear in the Premier League title race and on track to defend their European crown, Klopp's men have reached new heights this season. What's more, in winning this latest title, they have done something that none of the other great Reds sides of the past - and there were many - managed to do. There can be no argument whatsoever about the pedigree of the man in the dugout. The German's biggest strength is vision, and that has proven vital to turning a drifting club into world champions. He now has three trophies to show for it and, most excitingly for supporters, is aiming to keep the good times coming until 2024 at least after recently signing a new deal. Should things carry on like this, then suggestions that Bill Shankly has a modern equivalent might not sound so ridiculous.

The Champions League, Super Cup and now Fifa's flagship club competition have all been conquered – the latter for the first time – while the quest to lift the Premier League will resume for the division's leaders next week. It took 99 minutes for the decisive moment of the match to materialise: a move finished off by Firmino who was aided by Sadio Mane and man-of-the-match contender Henderson. Liverpool can now add another trophy to the Champions Wall at Melwood and it is a good thing the club will be moving to a more expansive training facility, because at this rate, they will require a lot more space to detail their honours.

They were crowned champions of Europe on June 1 and now, on Dec. 21, they're champions of the world. When Liverpool finally look back on 2019, it will go down as a pretty good year, especially if it proves to be the one that laid the foundations for them to become champions of England for the first time since 1990. After such an incredible year, few could argue with their new status as the best team in the world. So far in 2019, they've played 56 games, won three trophies, ended one long wait for victory and have positioned themselves to end another, in the Premier League, thanks to their performances over the past four months. Winning the Champions League, UEFA Super Cup and Club World Cup has turned Liverpool into serial winners, and this success in Doha is unlikely to be their last this season.

View from Flamengo: 'They always have plenty of swagger'