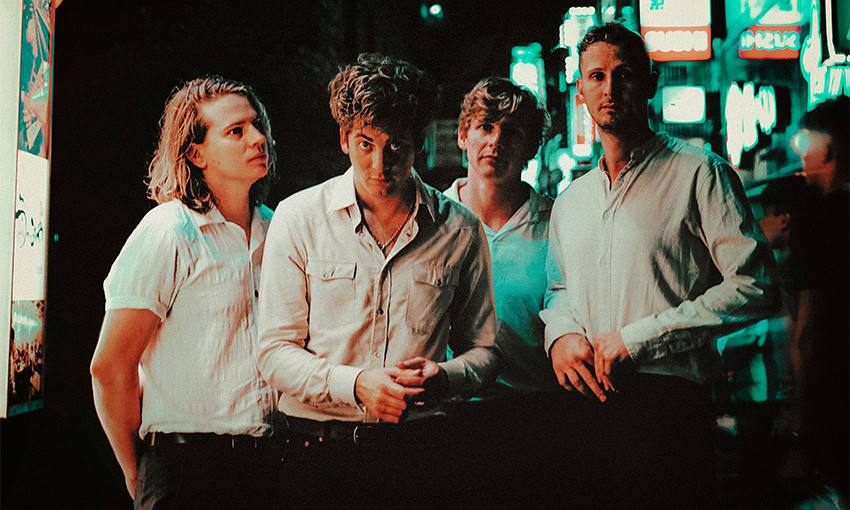 Formed in the city back in 2013, the indie rock outfit are fronted by lead singer, guitarist and Evertonian Kieran Shudall, while bass guitarist Sam Rourke proudly represents the red half of Liverpool.

Ahead of tonight's Premier League clash at Anfield we caught up with the band (@CircaWaves), who today premiered the video to Jacqueline from new album Sad Happy, to talk secret football love songs, gentleman's agreements, rivalry and more...

Do you ever sit down to watch the derby together?

Sam: We've only ever watched one derby together, we were in a pub in Dublin watching that boring 0-0 in April 2018, so there was nothing to fall out over.

Kieran: I usually avoid watching the derby with any Liverpool supporters. It's unbearable.

Is it merciless ribbing from the victors after the game, or do you try to keep it a bit lower key?

Kieran: In all the derbies during Circa Waves I've not been able to give a single ribbing. Shame really. One day Sam's gonna get it, though!

Sam: In the early days we nearly broke up a couple of times after the games, so we had to come to a gentleman's agreement to keep it civil.

So how did you become a Blue/Red? Does it go way back in the family?

Kieran: I can't remember. I assume my brother picked me an Everton kit once and that was it.

Sam: I really got into football after moving to Liverpool for university. I lived with Liverpool, Tottenham and Everton fans, so I watched all the games for a while and fell in love with LFC.

Are your families split in terms of club loyalties, too?

Kieran: Yes, my dad and sister are Reds and me, my brother and mum are Blues. It's the best way to be. Makes derby day interesting.

Sam: A few of my cousins are Manchester United fans, so it's going to be good to see them over Christmas. 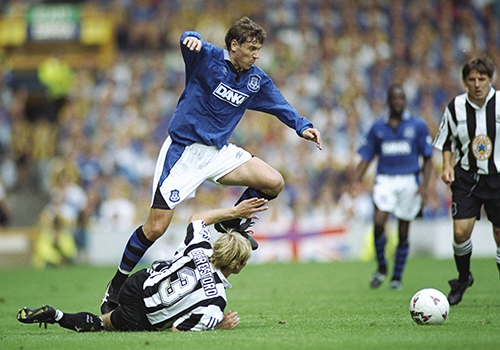 Which player did you pretend to be when you were kicking a football around on the streets of Liverpool?

Kieran: Andrei Kanchelskis. I played the same position and thought I was equally as good.

And which of the current crop would you put on the back of your shirt?

Kieran: I like Andre Gomes. He's exceptionally talented. That injury was horrible.

Has anyone in the band ever written a song that is secretly really about LFC or EFC?

Kieran: All my love songs are secretly about Duncan Ferguson.

Sam: I think our last album What's It Like Over There? was basically about Kieran wondering how amazing it would be if he supported Liverpool.

What is your favourite derby goal?

Sam: Divock Origi's goal last December [a 96th-minute winner] just because of how silly it was and knowing how annoyed Kieran must have been to lose the game like that.

Looking ahead to Wednesday night, where will you be watching the game?

Kieran: My mate Phil's house. He's a proper Blue. He usually punches the wall when we lose, which is good value for money.

Sam: In a pub in London somewhere.