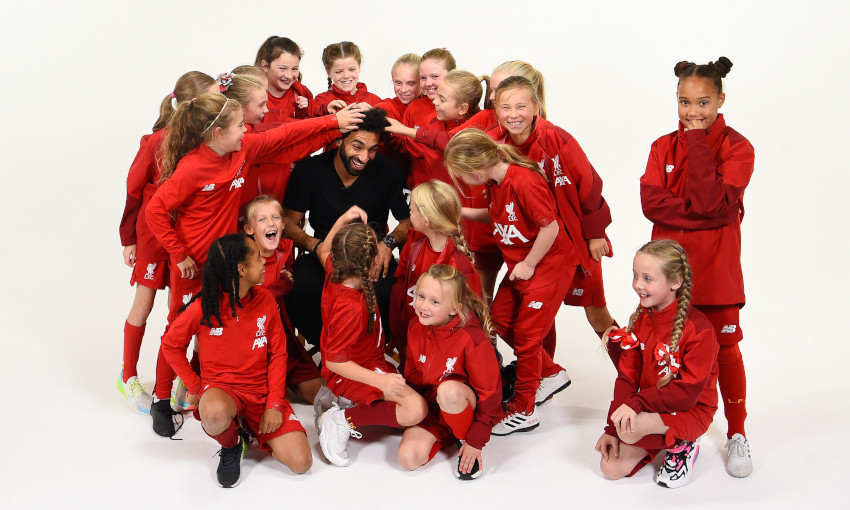 Mohamed Salah made a host of new friends as he participated in the Kop Kids Difficult Questions challenge, presented by Joie, recently.

The Liverpool forward was quizzed by members of the LFC Women U9 team and it proved an interactive conversation for the Egyptian King.

As well as being nutmegged by one interviewer, Salah learned some new local phrases and allowed the youngsters a touch of his unmistakeable hair.

Take a behind-the-scenes look at the filming of the video feature in the photo gallery below...