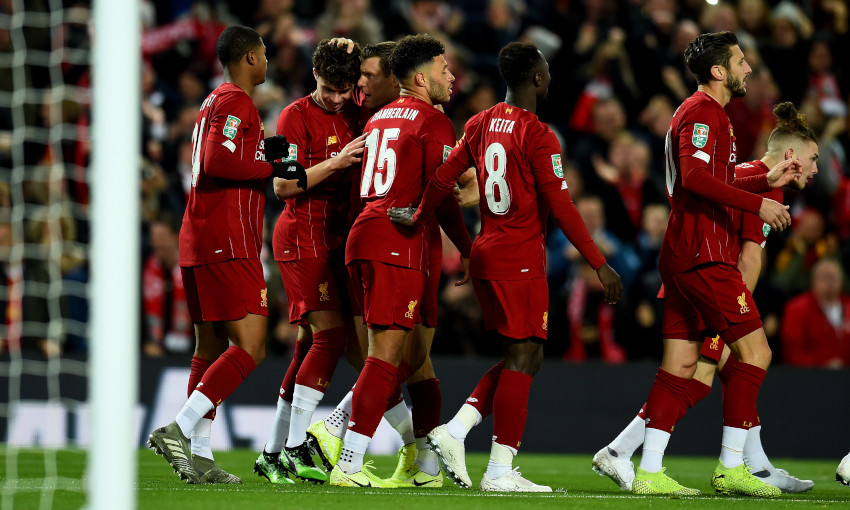 Liverpool reached the quarter-finals of the Carabao Cup after a breathtaking fourth-round win over Arsenal at Anfield.

Once the tie had finished 5-5 after 90 minutes, the Reds kept their nerve to win 5-4 on penalties at the Kop end.

Caoimhin Kelleher made a crucial stop and Curtis Jones kept his cool to slot home the winning spot-kick.

Here is what the media made of a dramatic victory...

So, just who exactly, said the Carabao Cup doesn't matter? It certainly wasn't any Liverpool player involved in this. Not one of the near 50,000 who turned up on a cold midweek night at Anfield, either. Certainly not Jones, who tucked away the decisive penalty with trademark confidence to send the Reds through to the last eight. And most definitely not Jürgen Klopp who celebrated on the pitch with his charges after the wildest game this old stadium has witnessed for many a year.

What courage this young Liverpool side showed. They were dead and buried, once, twice, three times... It was set to be a chastening night, one to be filed as 'a learning experience'. But something has happened at this club, something which makes accepting defeat an absolute no-no. You never give up if you wear red. The first team don’t do it, so why would the second-string and the kids? “Our identity is intensity,” said assistant manager Pep Lijnders on Tuesday. His players got the message. Their desire was summed up by a debutant. What a performance Neco Williams turned in at right back. It was the Welshman’s cross, well into added time, which allowed Origi to sweep home the leveller for 5-5. Origi, of course, knows exactly where to be when his team need him.

How fitting that rising young star Jones should decide an epic, outrageous Carabao Cup tie, given the way Liverpool’s kids inscribed their very own chapter in Anfield history. As their manager Klopp said afterwards, they will have this outrageous, impossible night for the rest of their lives. Where to start on a crazy evening that almost defies description? Perhaps with the fact that the score after 90 minutes of a wonderfully naive contest with Arsenal was 5-5…greater than the result in the shoot-out that followed! Jones, an 18-year-old from Toxteth, showed nerveless courage to convert fifth penalty to put his side into the quarter final. Before that, young keeper Kelleher had saved Arsenal’s fourth spot kick, from former Real Madrid man Dani Ceballos. And even before that, 16 year-old Harvey Elliott won a penalty to drag his side back into the game, then Williams, 18, saved the tie for the Reds with a brilliant assist for Origi deep into stoppage time. There were so many heroes it is hard to stop naming them.