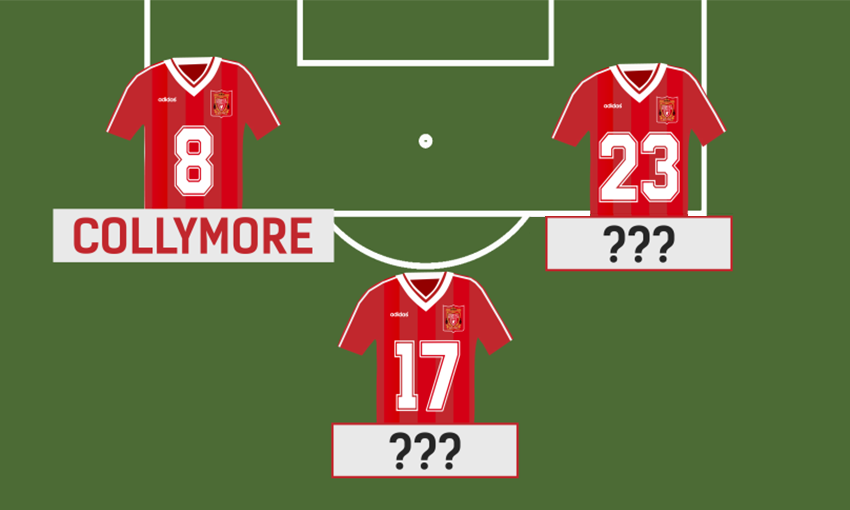 Stan Collymore scored a stoppage-time Kop-end winner as Liverpool beat Newcastle United 4-3 in one of most iconic games in Premier League history back in 1996, but can you remember the rest of the starting XI from that April evening?

Robbie Fowler gave the Reds the lead at Anfield after just two minutes and struck a second on 55 minutes to level the score at 2-2 against Kevin Keegan's title-chasing Magpies.

Faustino Asprilla restored the visitors' advantage in a match full of twists and turns, before Collymore made it 3-3 and then drilled a last-gasp effort beyond the reach of Pavel Srnicek for a dramatic winner.

Fowler and Collymore got the goals, but who else featured in the victory? Can you fill in the Missing Men? 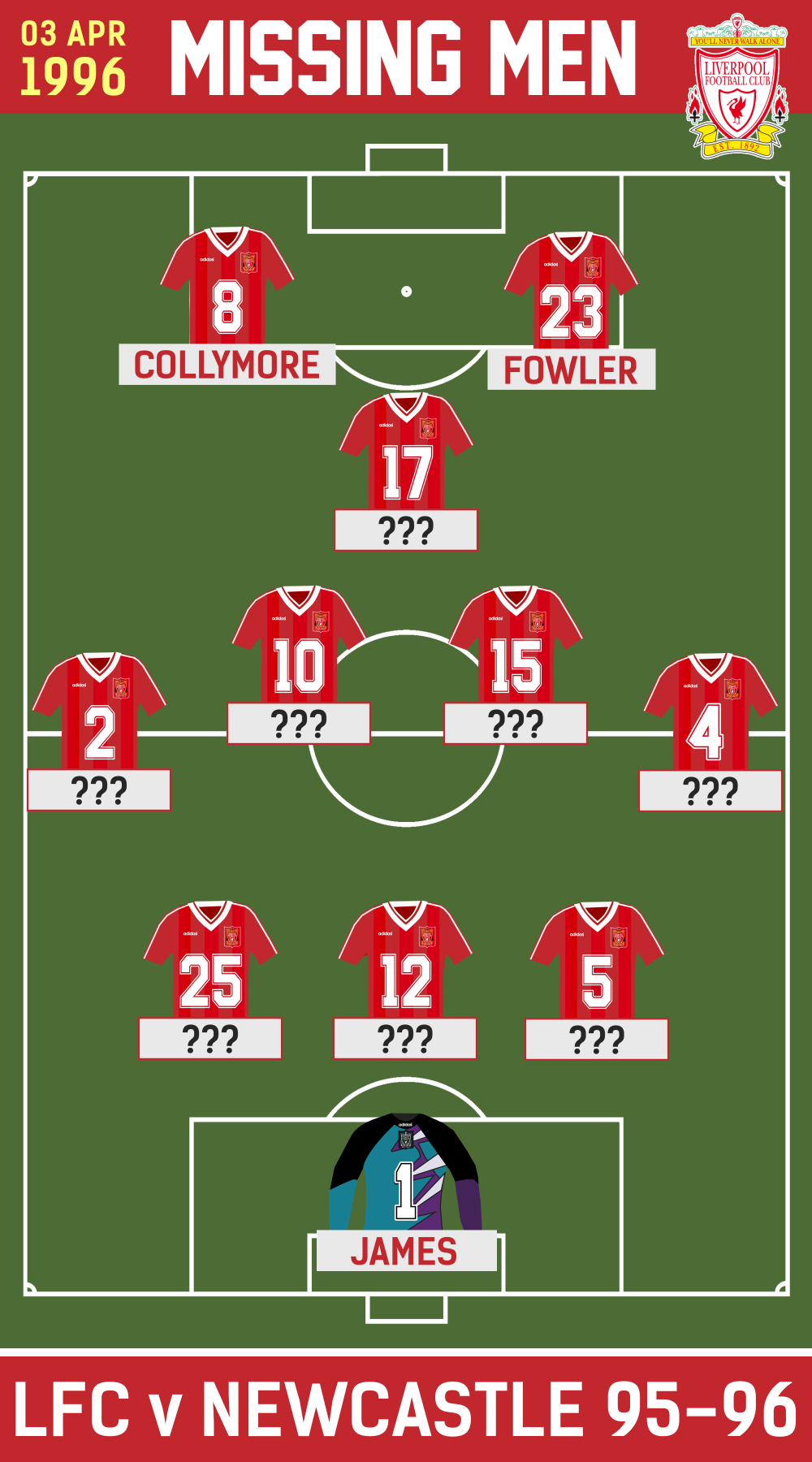