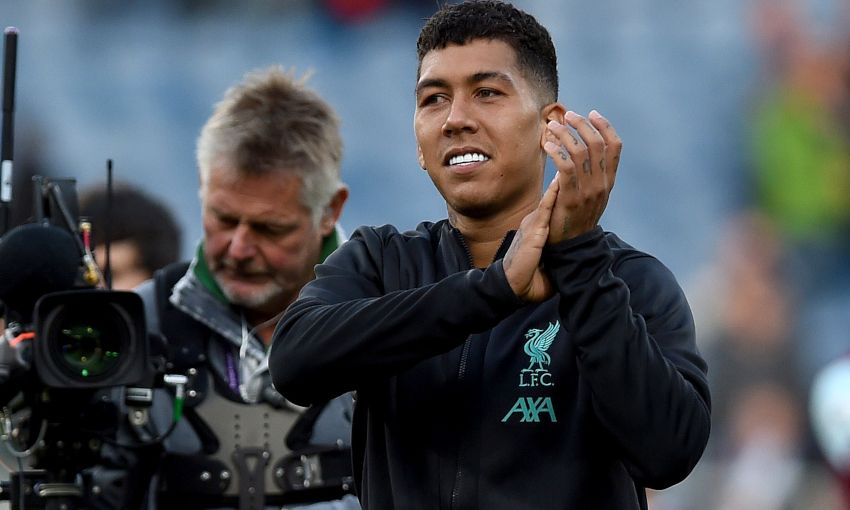 Roberto Firmino scored and provided an assist as he helped Liverpool to a 3-0 win at Burnley on Saturday.

After a cross from Trent Alexander-Arnold was deflected into his own net by Clarets forward Chris Wood, Firmino then set up Sadio Mane for 2-0 before the Brazilian fired home a superb third goal.

Here is what the media made of the victory…

Burnley, roared on by one of the league’s more boisterous home crowds, were dying to sink their teeth into the title hopefuls. They were ready to get amongst them, ready to ask questions, ready to see if the Reds still had the stomach for a fight. They had a go. They always do. But Liverpool found a way to rise above it. They always do. Firmino provided the cake-topper, becoming the first Brazilian to reach 50 Premier League goals with a crisp strike 10 minutes from time. If there is a more complete centre-forward in the game right now, they’re well hidden. All in all, a satisfying day’s work for the Reds, whose pace shows no sign of slowing.

Since ending an eight-game goal drought by scoring against Manchester United last December, Sadio Mane has scored a remarkable 23 goals in 34 appearances for Liverpool. The Senegalese evidenced the reasons behind those numbers here as he added to his tally courtesy of an intelligent run and ice-cool finish to put his team 2-0 up. Klopp had previously commented that the one thing Mane lacked was the self belief to go with his outrageous talent. But, judging by the world-class form the winger has shown since just before the turn of the year, that no longer looks to be a problem.

When it comes to winning, no other Liverpool team has done it better. A 13th successive league victory set a new club record and moved the Reds back to the top of the Premier League table. Even during the glory of the 1970s and 1980s when regularly snaring league titles, no Liverpool team could put together such a sequence of results. And it wasn't the only record to fall as Jürgen Klopp's side sent out another statement of intent as they once again leapfrogged champions Manchester City – a further sign of business as usual between the two most likely contenders. Never before have the Reds won their opening four league fixtures in back-to-back campaigns, having won their first six last term. This victory was also a sixth straight away league win, equalling their previous best. And 10 away games without loss matches their Premier League landmark. Klopp doesn't do omens, preferring instead to shrug off the backpack of history. Setting new standards is certainly the right way to achieve that aim.

The view from Burnley: 'The European dream is still alive'

The media on LFC 4-2 Burnley: 'Lallana set the tone'

The view from Burnley: 'We will look to frustrate you'