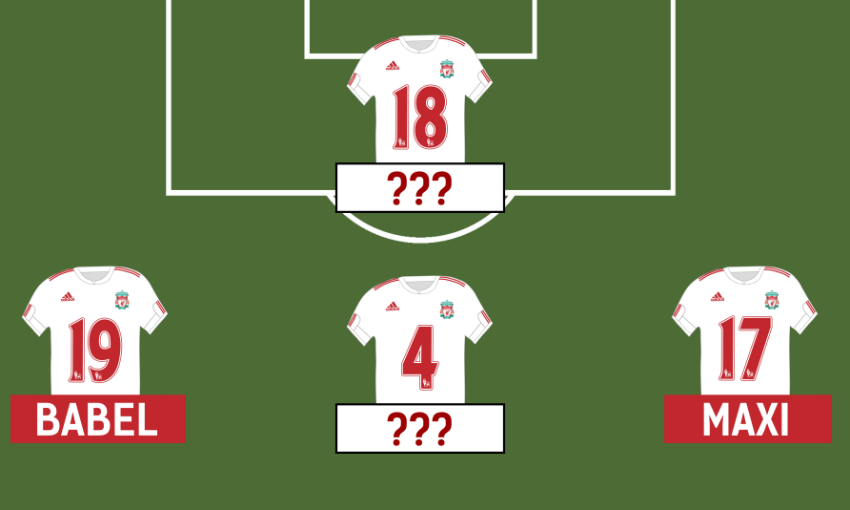 Captain Steven Gerrard bagged a second-half brace as Liverpool beat Burnley 4-0 at Turf Moor in April 2010, but can you remember the rest of the Reds' starting XI from that Premier League clash?

Gerrard opened the scoring shortly after the break and doubled the lead on 59 minutes with a curling 25-yard strike that flew past the reach of goalkeeper Brian Jensen and into the left-hand corner of the net.

Maxi Rodriguez and Ryan Babel completed the rout for Rafael Benitez's Reds - but who else featured in the victory? Can you fill in the Missing Men? 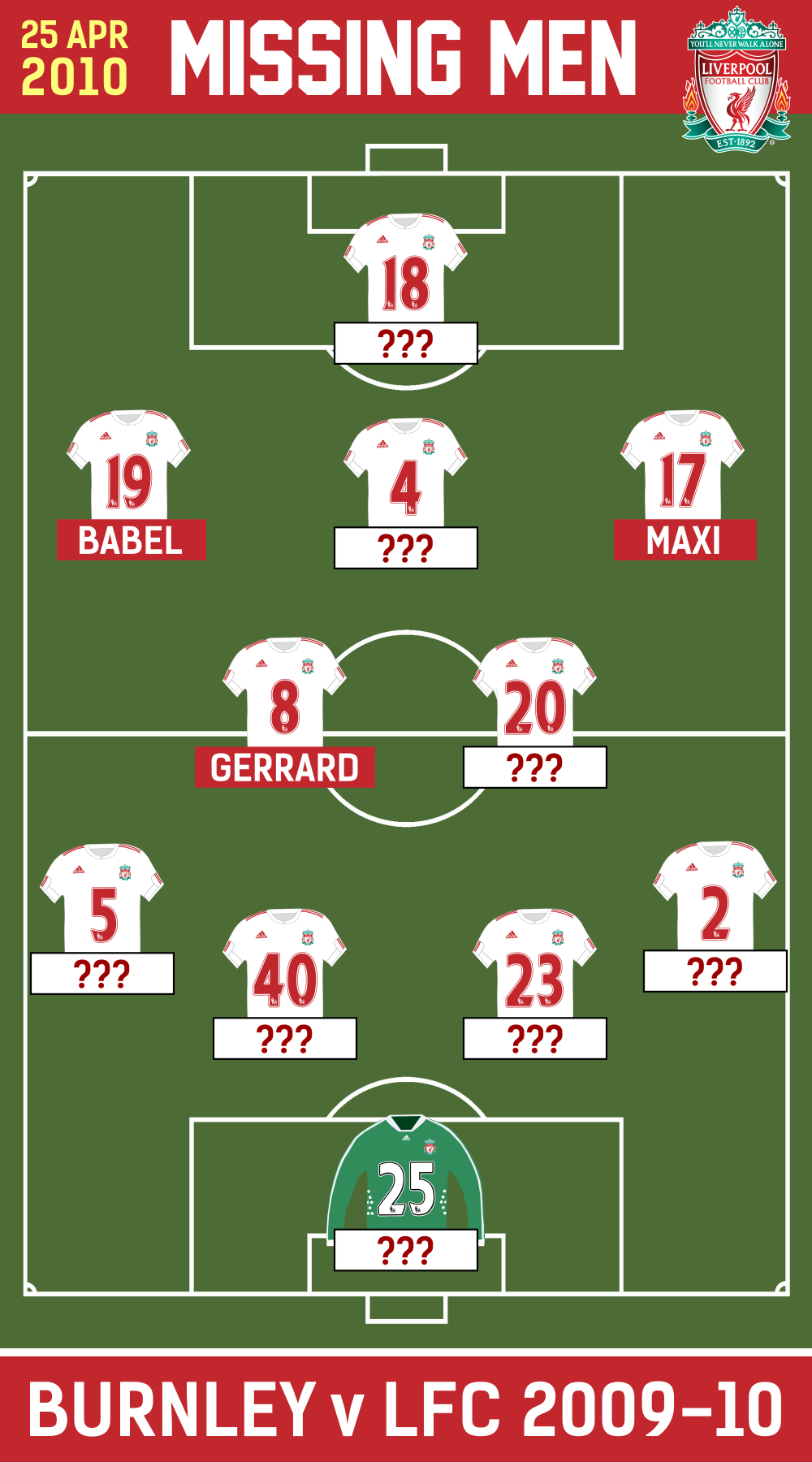