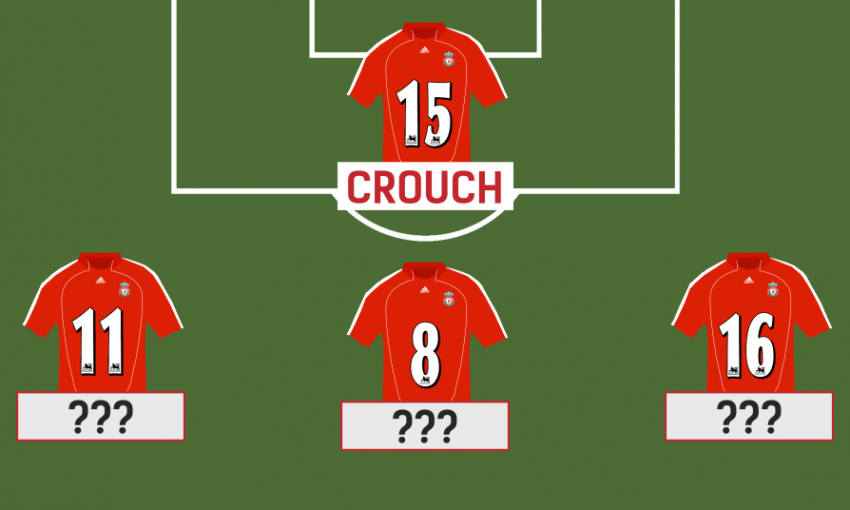 Peter Crouch scored a perfect hat-trick when Liverpool beat Arsenal 4-1 at Anfield in March 2007, but can you recall the rest of the Reds' starting XI from that spring afternoon?

Crouch swept home with his right foot after four minutes, planted a towering header in the net shortly after the half-hour mark, and showed nifty footwork to tuck home his third with his left on 82 minutes.

It was a headline performance from the 6ft 7in striker, but who else featured in the victory that day? Can you fill in the Missing Men?