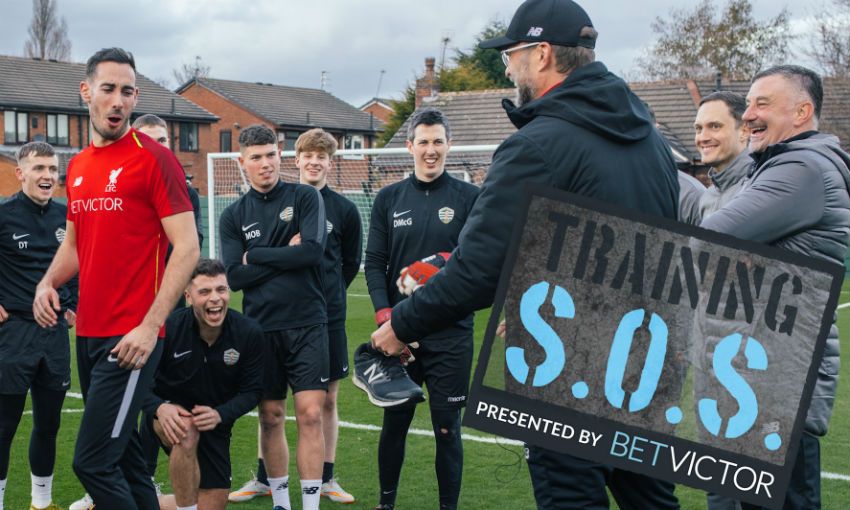 After Jason McAteer and John Barnes offered their help to Greystones United in episode one, it’s time for the struggling Irish Sunday league side to visit Melwood, where they meet Klopp and his players before completing a shooting drill as the boss watches on.

Klopp is assisted by his goalkeeping coach John Achterberg and Liverpool legend John Aldridge, while Andy Robertson provides some words of wisdom ahead of a huge game in Greystones’ bid to avoid relegation.

Virgil van Dijk, meanwhile, plays the part of impromptu kit man for one lucky member of the Greystones squad.

Watch the second episode of series two of BetVictor’s ‘Training S.O.S’ below…