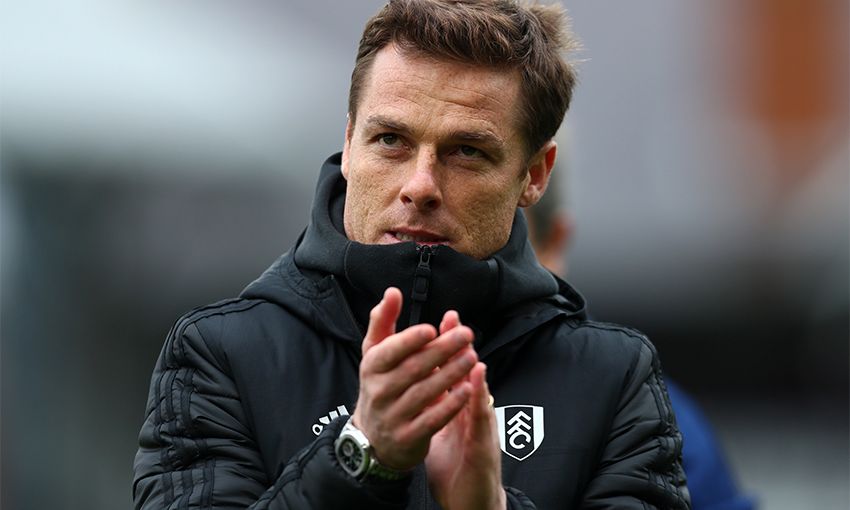 Liverpool travel to Craven Cottage on Sunday to face a Fulham side struggling to avoid relegation from the Premier League.

The Reds secured a superb 3-1 win at Bayern Munich in midweek to book a place in the quarter-finals of the Champions League, but their focus now quickly switches back to domestic duties.

Jürgen Klopp's men are just one point behind Premier League leaders Manchester City, who are in FA Cup action this weekend, and would reclaim top spot with a victory in west London.

Liverpool won the reverse fixture 2-0 in November, but much has changed at Fulham since then. That game at Anfield was Slavisa Jokanovic's last in charge and his successor Claudio Ranieri was replaced by Scott Parker at the end of last month.

So, what can we expect from the Cottagers on Sunday? We caught up with Fulham season ticket holder and host and founder of the Fulhamish podcast, Sammy James (@MrSammyJames), to find out.

Fulham lost at Anfield earlier this season - what have been the main issues on the pitch since then?

The defence. We just cannot stop leaking goals. When Ranieri was brought in, his key aim was to sure up our leaky back-line, but he just wasn't able to do so. We've conceded two or more goals in every game since the turn of the year and no team stays up with a defensive record like that.

How has Parker changed the team's approach?

He's attempted to revert back to a more passing style of football that Fulham became synonymous for last season when we got promoted. To do that, he's restored some of the play-off winning side back into the team, including Kevin McDonald, Ryan Sessegnon and Tom Cairney. 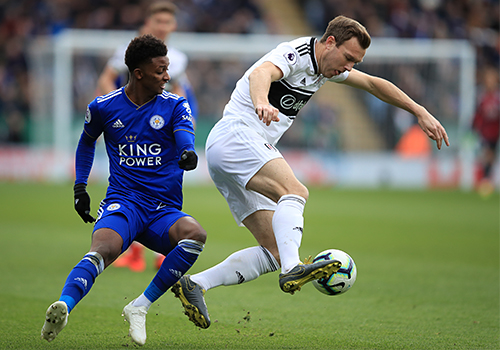 What are your expectations for the final eight games of the season?

At this point, I'd really just like to just go down with a bit of pride. At the moment, it's feasible that we could potentially be the second team in Premier League history to get relegated in March, and that would just be quite difficult to stomach.

Parker has brought a bit of fight back into this team, so I'm hopeful that a humiliating exit can be avoided.

It's early days, but is there a player who epitomises Parker's Fulham?

I guess the obvious answer is McDonald: an industrious central defensive midfielder who has great positional awareness, is strong in the tackle but also an intelligent passer of the ball.

He hasn't quite got the movement that he once did, which is a shame, as I think he really possesses all the quality to have been a Premier League defensive midfielder.

Who will be the dangerman against Liverpool on Sunday? 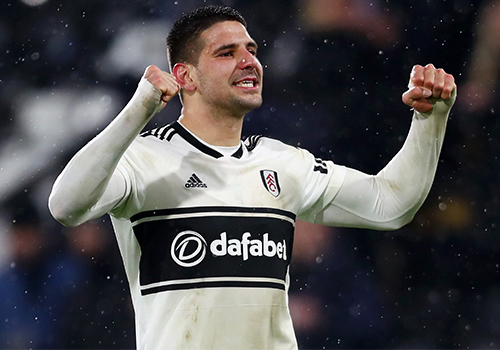 The obvious answer is Aleksandar Mitrovic. Fulham have only won this season when he's got on the scoresheet, and when he's on form he can be unplayable. However, a lack of great service to him this season has often meant he looks bereft for large parts of games.

The other player I expect to potentially start on Sunday is Floyd Ayite. He came off the bench in the last match against Leicester City, scored a goal and caused Ben Chilwell all sorts of problems. I expect Andy Robertson to bomb forward for much of the match, and it would be great if Floyd could exploit the gaps that could potentially leave.

In what areas will the game be won and lost?

It's just a question of whether our back four can handle Sadio Mane, Roberto Firmino and Mohamed Salah. It's one of the strongest attacking trios in the world right now, and I just don't have the confidence that we can keep them out.

It will also be interesting to see who starts in midfield for you, and whether Cairney can find some space to work his magic. He's back fully fit and given time and space, he has the ability to hurt any team.

For the past few seasons, everybody knows that Liverpool can be deadly on their day, but I've been very impressed how this season Klopp has managed to coach the team how to grind out games.

I expect the title race to go down to the final two games, and ultimately I think it could be a little bit of luck that decides which way the trophy goes.

How do you expect Fulham to line up? 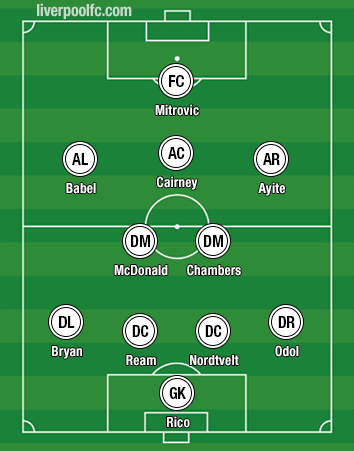 I expect Scott to keep the 4-2-3-1 formation that he's used against Chelsea and Leicester. Mitro will be working hard up top to bring Cairney, Ryan Babel and probably Ayite into play.

I hate predicting defeats, but this is one where I think it's necessary. I think we will score, but ultimately I just can't honestly see us getting anything out the game. I think Liverpool might just nick it 2-1.

The view from Fulham: 'We've got to show desire at Anfield'