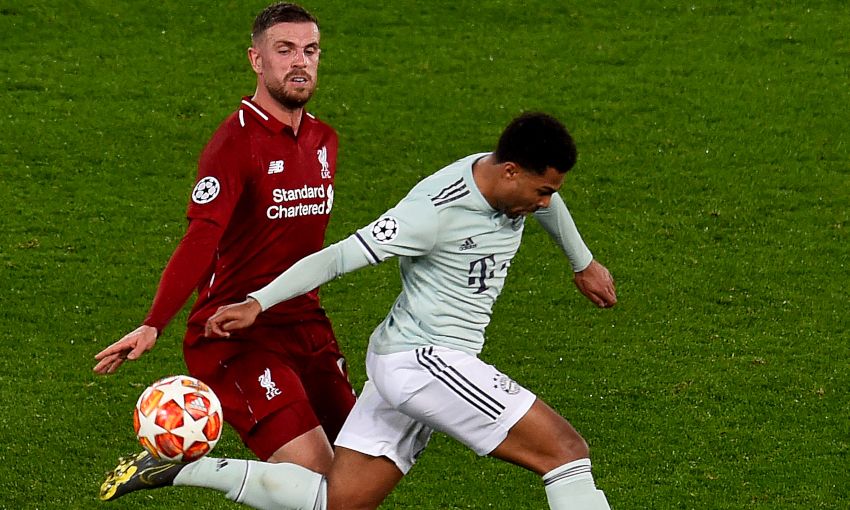 Liverpool played out a goalless draw with Bayern Munich at Anfield in the first leg of their Champions League last-16 tie on Tuesday night.

The sides are now set for a fascinating encounter in the deciding second leg at the Allianz Arena on March 13.

Frustrating? Undoubtedly. Damaging? No. There's no reason for Liverpool to fear the return leg at the Allianz Arena on March 13 as Klopp looks to extend his 100 per cent record in two-legged European ties during his Anfield reign. Yes, Bayern have only lost two of their past 26 home games in the Champions League but the Reds don't need to win in Bavaria. A score draw would secure their progress to the quarter-finals and the dynamic will be different in the away leg. For a starter, Klopp will have defensive talisman Virgil van Dijk back available after suspension. Bayern will also have to show more attacking intent on home turf and that should leave Liverpool with space to exploit on the counter. After a night when the spotlight will inevitably fall on the Reds' shortcomings in the final third, the value of keeping a clean sheet shouldn't be overlooked. Robert Lewandowski, the top scorer in the Champions League this season, barely had a kick as Fabinho excelled alongside Joel Matip in a makeshift centre-back partnership. Time and time again Fabinho was in the right place at the right time to make important tackles and blocks. In front of him, captain Jordan Henderson delivered his best performance of the campaign as he stamped his authority on proceedings. However, attacking fluency was conspicuous by its absence. Henderson shone on his return to the side. His passing was of the highest calibre and off the ball he worked tirelessly to shut down space and win back possession.

Liverpool’s season has been so consumed by their ongoing Premier League title charge that this game almost felt like an afterthought. But a crackling Anfield atmosphere prior to kick-off was a timely reminder of this club’s love affair with a European Cup, and the reason Jürgen Klopp is right to take this competition just as seriously this term. In the end, the Reds didn’t quite produce the performance to match their pre-match favourites status, but still had plenty to be pleased with at full-time. He may never win over all of his critics but Henderson will always be loved by Liverpool fans thanks to performances like this. Coming up against the likes of Thiago Alcantara, Javi Martinez and James Rodriguez, the Englishman made a fair pitch to be considered the evening’s best-performing midfielder. His energy and criminally underrated passing range were crucial to the Reds wresting control of the centre of the park back following a ropey first 20 minutes.

The goalless draw at Anfield surprised plenty - but the Reds will fancy their chances of finishing the job in Germany. Funny old game though, football. And after 90 absorbing but ultimately scoreless minutes, we will head to the Allianz Arena in three weeks’ time with this tie still very much in the balance. Advantage Liverpool? This is not a team used to celebrating goalless draws at home, but given the defensive issues which had dogged them heading into this game, they can look upon it as a useful result. Certainly, Jürgen Klopp will fancy his side to score in Munich. Van Dijk’s absence through suspension here was always likely to challenge the Reds. The Dutchman is a totemic presence at the back, and his calmness, communication and aerial presence would have been hard to replace even if Dejan Lovren had been passed fit, which he wasn’t. As it was, Liverpool began with midfielder Fabinho partnering Joel Matip at centre-back. An untried, makeshift partnership against Robert Lewandowski, one of the world’s premier centre-forwards. A worry, yes, but give credit where it is due. Liverpool handled Lewandowski, and just about everything else Bayern could muster, excellently.

The media on Bayern 1-3 LFC: 'Special performance from a special team'

The view from Bayern: 'Whoever scores first will win'

A quick guide to Munich for LFC fans