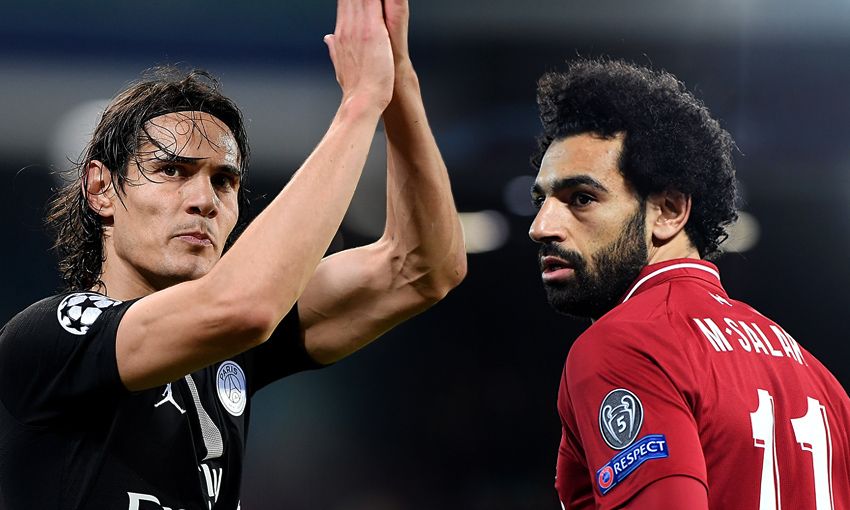 Liverpool face Paris Saint-Germain at the Parc des Princes on Wednesday for what could be a pivotal fixture in a closely-contested Champions League group.

The Reds beat Les Parisiens 3-2 at Anfield in September and victory in France could send Jürgen Klopp's charges through to the last 16 with a game to spare.

Liverpool are level with Group C leaders Napoli on six points, with PSG one point behind and bottom side Red Star Belgrade still in with a chance of qualifying on four points with two matchdays to go.

If Klopp's team win in Paris and Red Star do not beat Napoli in Italy, Liverpool are through. PSG, meanwhile, will be unable to advance if they lose at home and Napoli win.

It's a high-stakes game in the French capital. And we've picked out three key player battles that could help decide it... 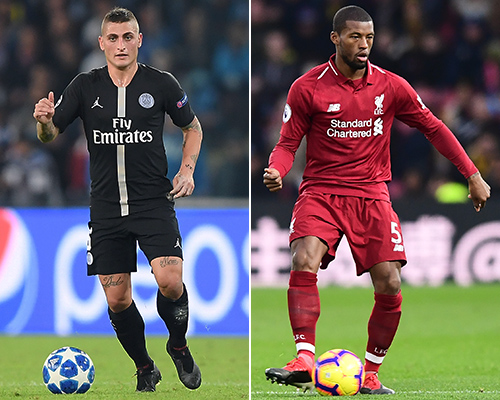 PSG boss Thomas Tuchel is expected to reshuffle the side that lost at Anfield and one of the biggest changes will be the return of Italian international Marco Verratti, who was suspended for the September clash.

The deep-lying midfielder is the heartbeat of the French side, standing guard in front of his defence and launching attacks with his quality on the ball.

Renowned for his passing and ability to unlock an opposition defence, he is the supply line for PSG's devastating front four of Angel di Maria, Kylian Mbappe, Neymar and Edinson Cavani.

Facing up to the 26-year-old in midfield is likely to be Liverpool's Dutch international Georginio Wijnaldum, who has played every minute of this season's Champions League campaign.

Having featured in a playmaker role in previous seasons, this term Wijnaldum has operated mainly in a deeper, more defensive, traditional No.6 role.

He has become a mainstay of Liverpool's evolving midfield and his versatility allows the Reds to vary tactics during a match: he might feature in front of the back four, intercepting Verratti's passes and reading his forward runs, or further up the pitch testing PSG's defensive qualities. 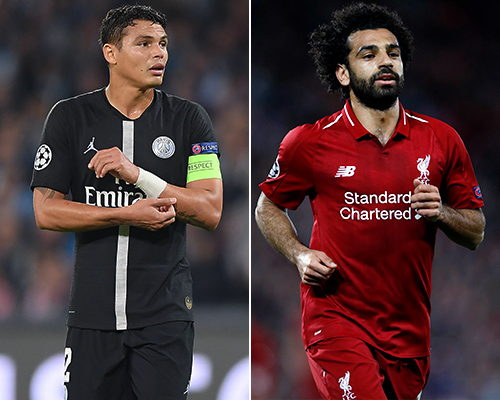 PSG captain Thiago Silva said in his programme notes ahead of the match that such is the quality of both sides, the result is likely to be decided 'on the little details'.

Those details might include Tuchel's switch from a back four to a back three in a 3-4-3 system that has made the team more fluent in possession and more solid in defence since the loss to Liverpool.

Brazil centre-back Silva has been integral to the success of that change and the 34-year-old has been revitalised too - returning to the kind of form that previously saw him heralded as one of the best defenders in Europe.

Another 'little detail' could be Mohamed Salah's switch to a more central and advanced position, a move that will likely bring the LFC No.11 into direct competition with Silva. 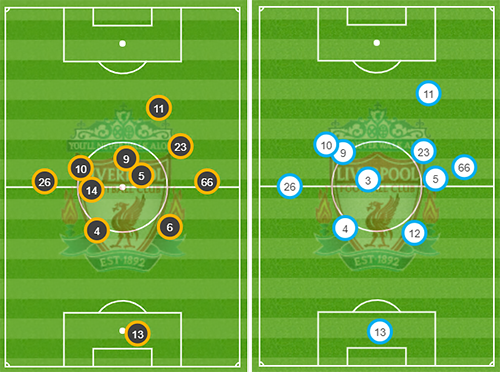 Salah (No.11) average position against Watford and Fulham

Stationed mainly on the right flank in the first clash, Salah has typically been the most advanced Reds forward in more recent matches. Of his nine goals this season, six have come in his last seven appearances.

That haul includes game-changing opening goals in Liverpool's last two outings - a 3-0 win over Watford and a 2-0 victory against Fulham - when he has been deployed as the point of the attack, as can be seen in the average position heatmaps above. 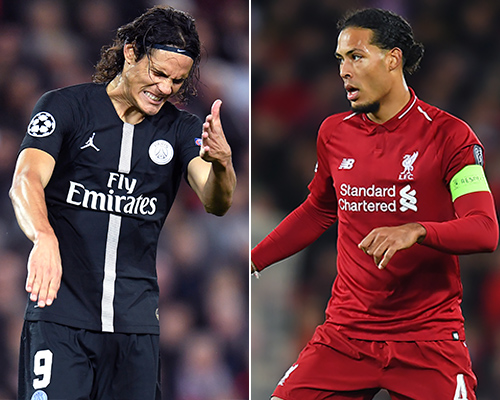 Centre-back Virgil van Dijk is in imperious form. In Liverpool's last match, the aforementioned win at Watford, the defender literally won everything that came his way - coming out on top in all 11 of his duels.

But the classy defender showcased the more finessed side to his game at Vicarage Road too, leading the team in total touches and total passes as the Reds enjoyed 64 per cent of possession.

It's no surprise the assured 27-year-old was recently appointed captain of the Netherlands - who beat a France side containing PSG duo Mbappe and Presnel Kimpembe during the international break - and has been handed the armband by club boss Klopp on four occasions so far this season.

The leader of Liverpool's miserly defence, the 6'4" Dutchman has played every minute of a 13-game unbeaten Premier League streak that has seen the team concede a club-record low of just five goals.

However, in PSG's Cavani, he will be up against a formidable foe at the Parc des Princes.

The Uruguay striker is the French club's leading goalscorer of all time with 176 strikes - ahead of Zlatan Ibrahimovic - and already has 10 goals this season.

It was his audacious turn and volley that secured PSG's 1-0 win over Toulouse on Saturday.

Strong in the air, with a vicious long-range shot, it's actually his subtlety of movement that allows him to showcase his signature skill: the one-touch finish.

This is sure to be an intriguing battle.

Watch: Salah and Lovren star in Western Union's 'Face Off'