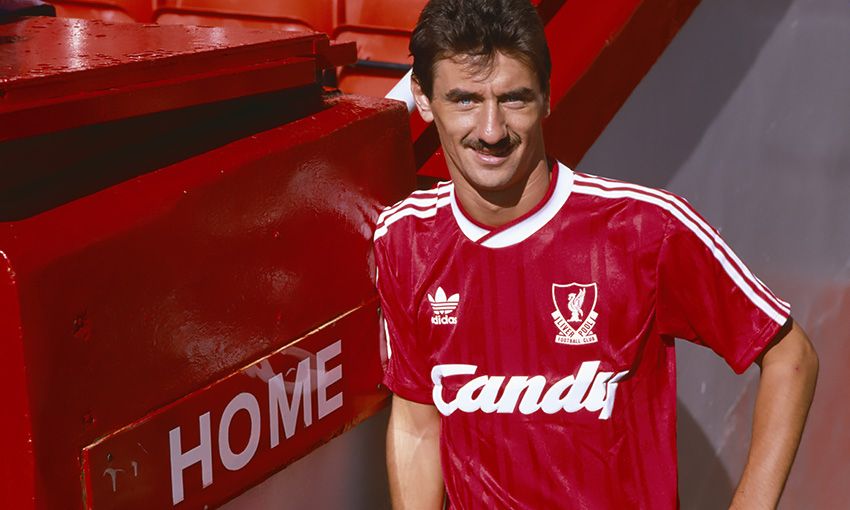 Thirty years ago today, Ian Rush re-signed for Liverpool after spending the 1987-88 season with Juventus in Italy's Serie A.

The prolific striker had won 10 major trophies and the European Golden Boot during seven years with the Reds and it took a British record transfer fee of £3.2million to take him to Turin.

With English clubs banned from Europe, Rush was looking forward to the prospect of playing against "the top foreign players in the world", but he joined a Juve team in transition and found it tough to settle.

"Looking back, Juventus were the right club at the wrong time," Rush told the Observer in 2005. "We had just signed seven players and were happy to get 0-0 draws away from home.

"But I don't regret going. My time at Juventus improved me in every way, both as a person and player. I didn't do as badly as everybody tries to make out, either. I scored 13 league and cup goals in my only season and was top scorer at the club."

A training session back at Melwood during Serie A's Christmas break helped Liverpool manager Kenny Dalglish convince Rush that he should return to Anfield and the two clubs struck a £2.7m deal to make it happen.

The fans gave their hero a fitting welcome, but Rush is not the only player to have returned to the club for a second spell. We have gone through the archive to pick out 10 players - some of which may surprise you - who enjoyed a double stint in the famous Red shirt.

But we start with the man above... 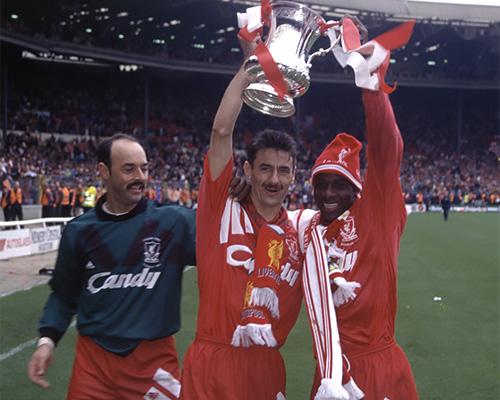 Back at Anfield, Rush picked up where he left off - scoring goals for fun and winning trophies.

He netted a brace in the 1989 FA Cup final victory over Everton and three years later became the most prolific forward in Cup final history after scoring his fifth during a 2-0 win against Sunderland.

In October 1992, the Welshman netted for the 287th time in a Liverpool jersey to surpass Roger Hunt as the leading scorer in Anfield history.

By the time Rush made his final appearance for the Reds, in May 1996, the club's greatest ever goalscorer had set the new benchmark at an incredible 346 strikes. 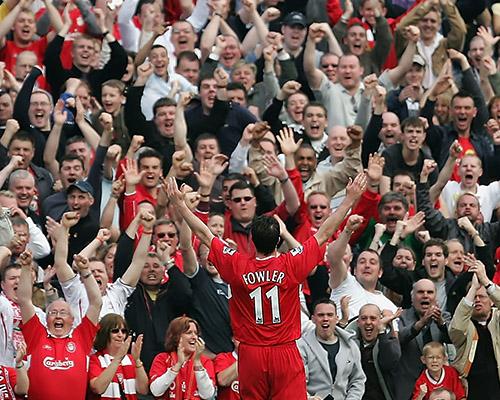 Following Rush's departure, Toxteth-born Academy graduate Robbie Fowler inherited his No.9 jersey and went on to notch 100 Liverpool goals even quicker than his mentor.

Dubbed 'God' by fans, the natural-born finisher won the treble of League Cup, FA Cup and UEFA Cup in 2001. But then the unthinkable happened: Fowler was offloaded to David O'Leary's Leeds United for £11m.

A spell at Kevin Keegan's Manchester City followed but, in January 2006, Liverpool boss Rafael Benitez swooped to sign the Kop hero and bring him home.

Although one of the most revered players in Anfield history, his second stint was not quite as spectacular as the first. But he did manage 12 goals in a season-and-a-half at Anfield to take his overall tally to 183 strikes in 369 games for the club. 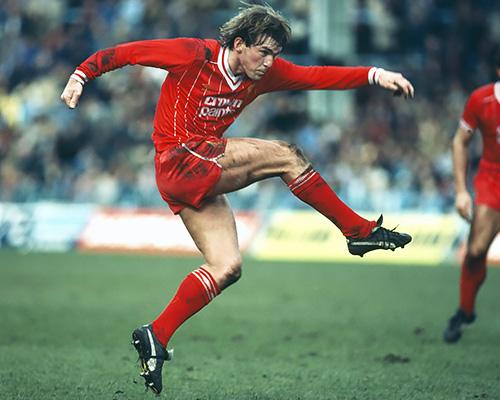 Signed by Bob Paisley in 1977, Kop icon Kenny Dalglish actually had an initial spell with the club in 1966 as legendary manager Bill Shankly cast his eye over the fresh-faced striker.

The 15-year-old Dalglish had travelled down from Glasgow for a trial at Anfield as Liverpool's B team beat Southport Reserves 1-0 on a hot August afternoon.

However, the fair-haired teenager returned to Scotland and embarked on a glittering professional career with Celtic - scoring 167 goals and clinching nine major honours with his hometown team.

By the time he joined newly-crowned European champions Liverpool, Dalglish was one of the most sought-after figures in British football and helped bring untold riches to Anfield, as both a player and manager. 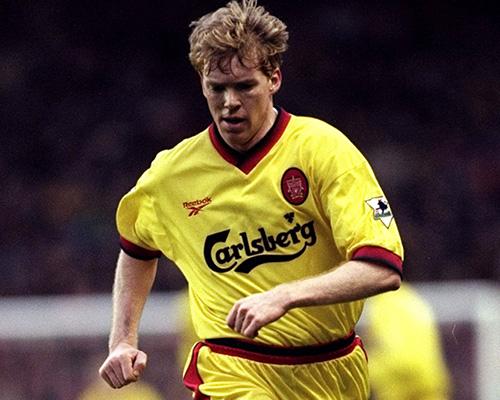 Republic of Ireland international Steve Staunton spent seven years at Aston Villa in between his two stints with Liverpool, but the verstaile defender may never have left if new rules limiting the number of non-English players in a team had not been introduced in the 1990s.

Signed by Dalglish from Irish side Dundalk in 1986, Staunton - who once scored a second-half hat-trick as an emergency substitute striker for Rush - won the league title and FA Cup before moving to Villa in 1991.

He continued to develop into one of the best left-backs in the country at Villa Park and after being linked with a return to Anfield almost every year, it was management duo Roy Evans and Gerard Houllier who eventually made it happen in July 1998.

A regular during the 1998-99 season, he played just 18 more games over the next two campaigns to take his overall tally to 148 appearances for the Reds. 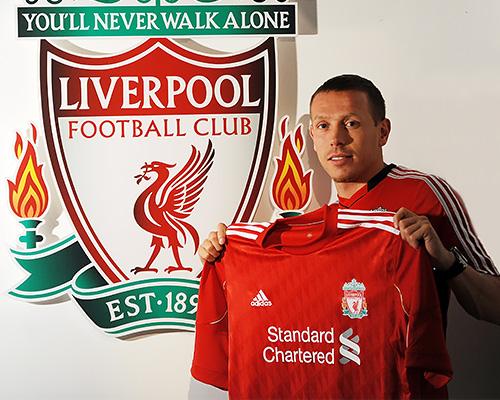 Fiery forward Craig Bellamy enjoyed two spells with Liverpool but the Welshman remained at the club for just one season on each occasion.

Memorably, he scored and then set up John Arne Riise in a 2-1 Champions League success over reigning European champions Barcelona at the Nou Camp under Benitez during the 2006-07 campaign.

And in his second stint under Dalglish, and latterly Brendan Rodgers, from August 2011 to August 2012, Bellamy scored a semi-final winner en route to lifting the League Cup.

He netted 18 goals overall and played the last of his 79 appearances for the Reds aged 32 years and 305 days, making him the third-oldest striker to turn out for Liverpool in the Premier League, alongside fellow two-stint forwards Rush and Rickie Lambert. 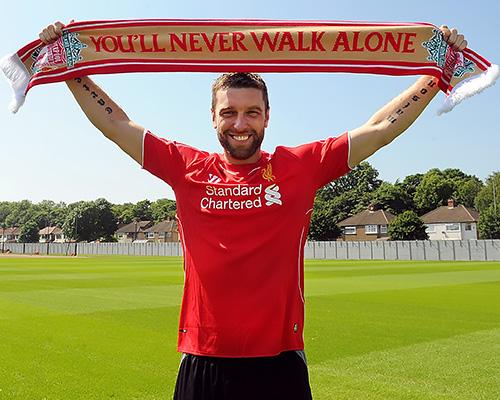 Released by Liverpool when he was 15 years old, Kirkby-born striker Lambert completed a dream return to his boyhood club at the age of 32 following a fairytale rise through the English leagues.

"I can't believe it," the LFC fan said moments after signing for the Reds in June 2014. "I've loved this club all my life. I left here 17 years ago - and I haven't stopped loving it since."

After leaving Liverpool as a boy, Lambert tried out for non-league side Marine before being snapped up by Blackpool, but really made his mark at Southampton, where he scored 115 goals in 230 games and earned an England call-up for the 2014 World Cup.

On his return from the finals in Brazil, he played one season at Liverpool - scoring three goals in 36 appearances, many of which were from the bench - before joining West Bromwich Albion in the summer. 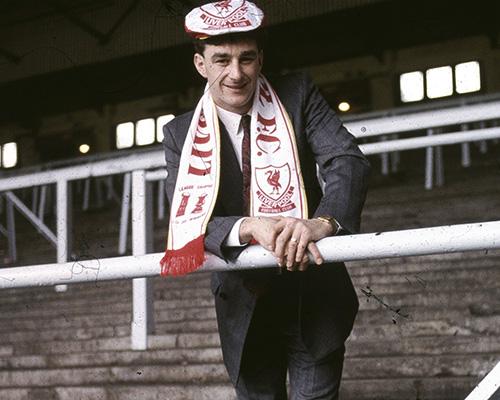 One player who can certainly empathise with Lambert's travails is fellow Scouse striker John Aldridge, who was also overlooked by the Reds as a youngster and had to work his way up through the Football League pyramid to get a second chance at his boyhood club.

"I went for trials at the club at the same age [as Lambert]," Aldo told the Liverpool Echo. "I spent six weeks at Melwood working with Tom Saunders. They told me they would give me a ring back, but I waited 13 years for that phone call!

"When it eventually came it cost Liverpool nearly £1million to sign me from Oxford."

Snapped up by Dalglish in January 1987 to fill the boots of the soon-to-depart Rush, the fans' favourite scored 63 goals in 104 games for Liverpool and won the league and FA Cup during two-and-a-half years at Anfield. 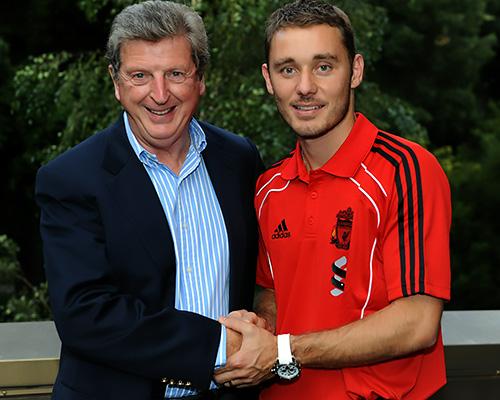 A Spanish La Liga winner with Valencia, Fabio Aurelio followed manager Benitez to Anfield in July 2006 and became the first ever Brazilian to sign for the Reds.

Unfortunately, the left-back's Liverpool career was punctuated by a string of injuries - Achilles, hamstring, knee ligaments - and Kopites never really got to see the best of the defender.

He did score a memorable free-kick past Edwin van der Sar in a 4-1 triumph at Old Trafford during Liverpool's 2008-09 title charge, but when the No.12's contract expired in 2010 he was released.

However, before the 2010-11 season began, new manager Roy Hodgson re-signed Aurelio to provide cover in the problematic left-back slot.

Handed a new number - No.6 - on his fresh start, Aurelio's second chance went much the same way as the first as injuries curtailed his Anfield career and the full-back departed in 2012 having made just 134 appearances in six seasons. 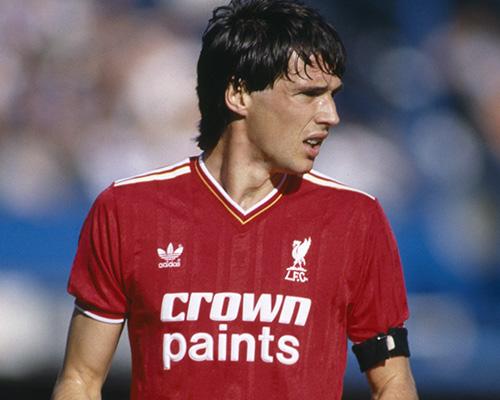 Rated by many as the club's finest ever centre-half, Alan Hansen was part of the meanest defence in Liverpool history and helped bring eight league titles and three European Cups to Anfield during his 13 years on Merseyside.

In 1986, he captained the Reds to their first ever double, but Hansen, like some of the other LFC legends mentioned above, struggled to make the cut when given his initial chance as a youngster.

At 15, the Scot had a week-long trial at Anfield under Shankly but returned home to Scotland and eventually signed for Partick Thistle.

At the time, the multi-talented Hansen, who had received international recognition at basketball, volleyball and squash, was still hoping to become a professional golfer.

Liverpool chief scout Geoff Twentyman continued to monitor his progress and in 1977 convinced Paisley to sign him up. Six hundred and twenty games later, Hansen would retire in the top 10 for all-time Reds appearances. 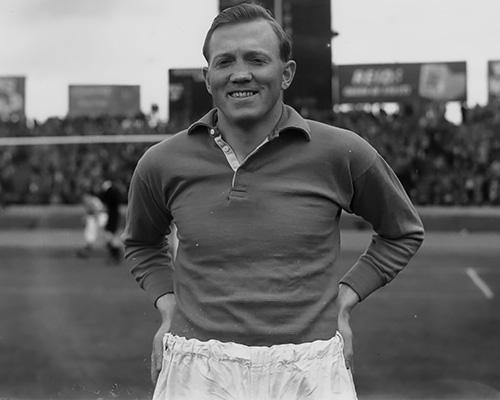 We have centre-forward Albert Stubbins, who was one of Liverpool's most popular post-war players and even features on the cover of The Beatles' album Sergeant Pepper's Lonely Hearts Club Band.

A prolific marksman with Newcastle United, where he scored 232 goals in 190 games in wartime, Liverpool paid a British record £12,500 fee for his services in 1946.

A much sought-after striker, chairman Bill McConnell promised to secure Stubbins a regular column in the Football Echo as part of his contract to help seal the deal.

The Geordie scored 24 league goals in his debut season for the Reds, including the winner against Wolverhampton Wanderers to clinch the 1946-47 title, and matched that tally the following term.

However, in the summer of 1948 he fell into disagreement with the club and refused to sign a new contract. Liverpool made a poor start to the campaign without him and two months later Stubbins signed an agreement and returned to action.

It was speculated that Stubbins' temporary split with the club was over his desire to return to his native north east, but LFCHistory quote the man himself insisting it was over his column in the newspaper.

"When Bill died, the board felt they weren't responsible for his promise. There was some confusion and that's why I delayed signing-on. It was all very amicable and at no time did the club and myself ever fall out."