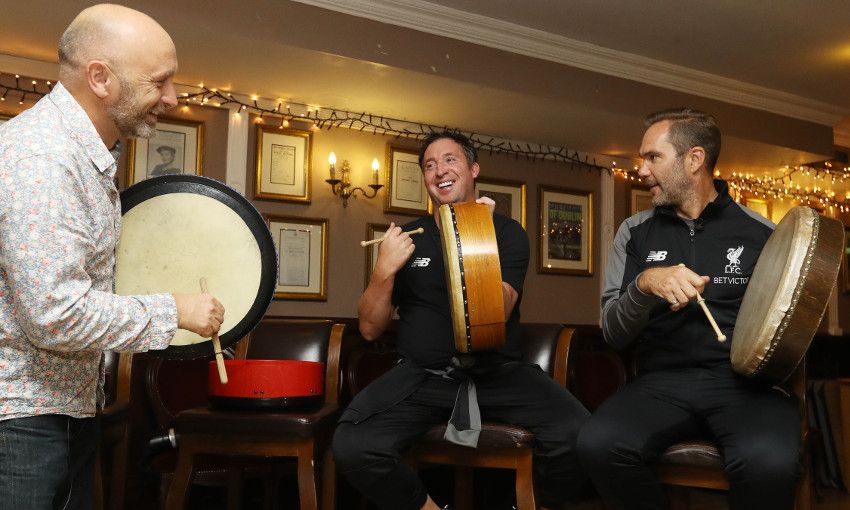 Two Liverpool legends tested their musicianship on Friday as they learned to play a traditional Irish instrument in Dublin.

Former Reds Robbie Fowler and Jason McAteer headed to the Lansdowne Hotel - close to the Aviva Stadium where Jurgen Klopp's men face Napoli on Saturday - to take part in a special music lesson with members of the Irish House Party.

The pair enjoyed an exclusive performance, including some traditional Irish tunes and a special version of 'You'll Never Walk Alone' played on the Uilleann pipes, harp and flute, before mastering the Irish bodhran - a type of drum used in Gaelic music.

The fun-filled afternoon ended with the legends showcasing their new skills in a group performance alongside the Irish House Party musicians - watch the clip below to see how they got on.

LFC legend Jason McAteer, who also played for the Irish national team between 1994 and 2004, said: "It's been brilliant to visit here today and learn how to play some traditional Irish music.

"We always try to experience some of the local culture when we're away on tour, and it's so interesting to learn something new and completely different like this. It's been a really enjoyable afternoon."