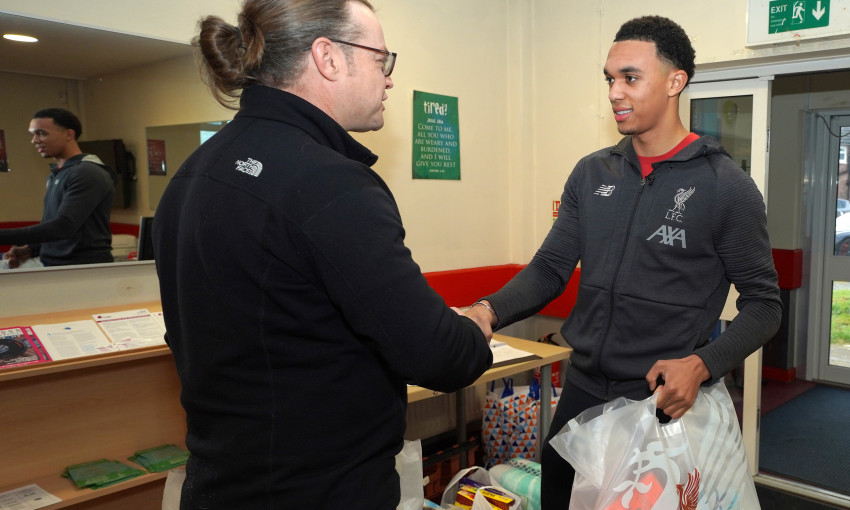 More than 5.2 tonnes of food was collected at Liverpool home games and by club staff for the North Liverpool Foodbank during the festive period.

This vast donation will feed more than 1,100 local people in need and provide other essential items – all thanks to the generosity of Reds fans and staff members.

Five home matchday collections formed part of the club’s Christmas foodbank appeal, including Everton (in both the Premier League and FA Cup third round), Watford, Wolverhampton Wanderers and Sheffield United.

LFC staff also created the club’s first ever Christmas giving tree, made out of food donations as part of the Christmas appeal, which was on display in the Main Stand at Anfield and proudly featured on the club’s official Christmas card. 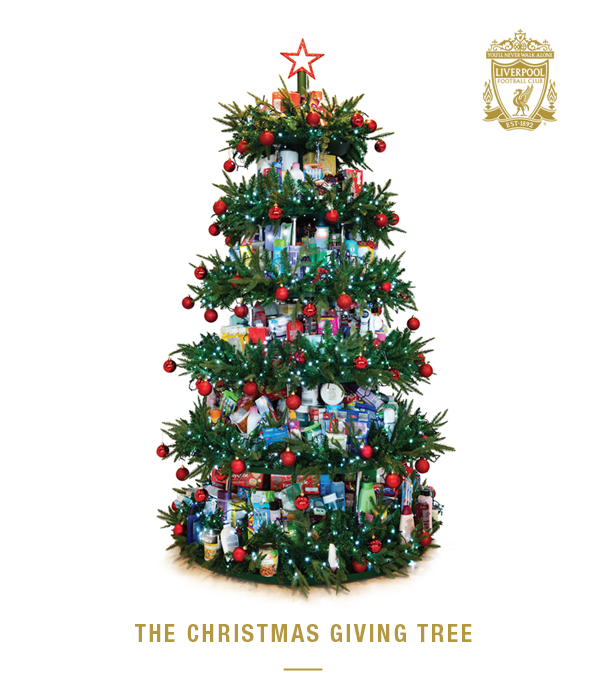 A text-to-donate number accompanied the Christmas giving tree, which remains active for fans still wanting to give. To date, the text-to-donate number has raised more than £2,000, with 100 per cent of all funds raised going directly to St Andrews Community Network, which operates the North Liverpool Foodbank.

To make a donation simply text FOODBANKFC to 70460 – donations cost £5, plus your standard network message rate.

Alternatively, you can donate any whole amount up to £20 by texting FOODBANKFC, plus the value. For example, FOODBANKFC10 to 70460 means you’ll be donating £10.

If you live outside the UK, you can donate via PayPal or go to the St Andrew’s Community Network website.

Forbes Duff, corporate social responsibility senior manager at LFC, said: “The support that the fans and our staff have given to the Christmas foodbank appeal is just tremendous. These donations make a massive difference to local people and families in need.

“We are so proud to support the North Liverpool Foodbank with their important work in the local community and demonstrate our commitment to helping to reduce food poverty in Anfield and the surrounding postcodes.”

North Liverpool Foodbank coordinator, Jo Browne, added: “The food and monetary donations we received from fans over the Christmas period will make a massive difference to local people in food crisis. We are very grateful for the support.”

Last season, more than 9.1 tonnes of food was collected thanks to matchday foodbank collections.

This weekend, fans attending the Reds’ home fixture against Southampton can drop off their donations three hours before kick-off at three locations around the ground – a foodbank van located on Anfield Road, the official LFC retail store, and Homebaked bakery on Oakfield Road.