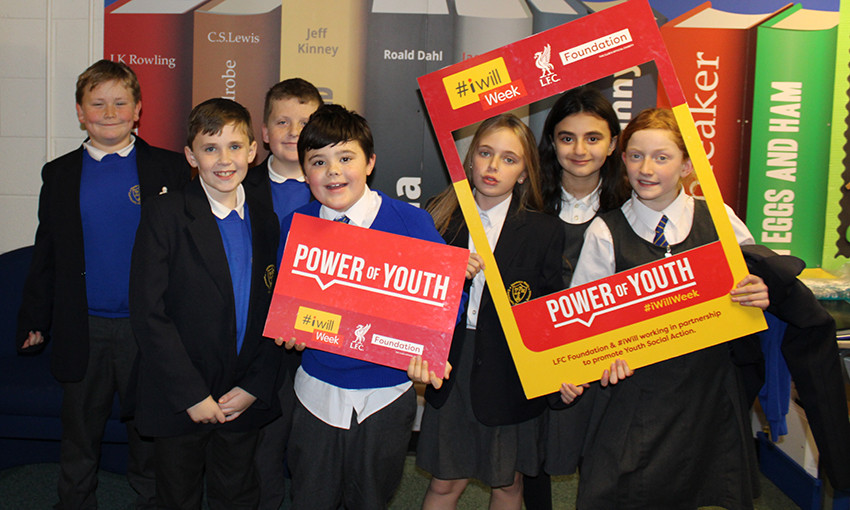 LFC Foundation has celebrated a successful week of youth social action events and activities in schools across the city as part of its #iwill programme.

Throughout this week, the club’s official charity was actively involved in more than 30 activities with 13 local schools and 10 delivery partners and charities, supporting 822 young people to take action on issues they care about, such as knife crime, racism and hate crime, homelessness, bullying, poverty, animal cruelty and much more. 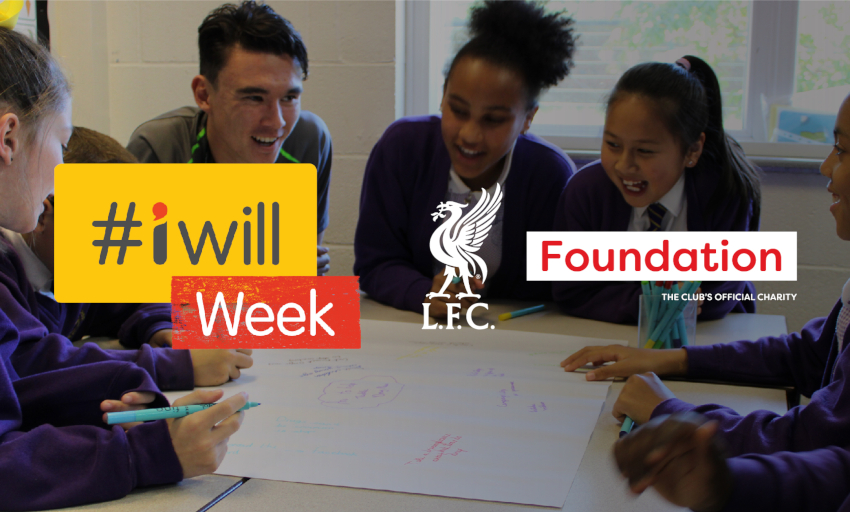 Kicking off the week, last Sunday saw the foundation’s Youth Panel working alongside the Whitechapel Centre, a homeless and housing charity based in the Liverpool region, to run a day of activities in a bid to help tackle poverty and homelessness in Liverpool city centre.

The Youth Panel members shopped for essential items such as warm clothing, hats, scarves, gloves and rain covers, which were then donated to a vulnerable group of 30 young people living in sheltered accommodation.

The youngsters were also invited to Anfield for Liverpool FC Women’s match against Everton later that day.

The class first discussed the issue of mental health and were tasked with thinking about how they can improve mental health for everyone at school. Working together to create challenges for each other to complete with the aim of improving mental health, the children were monitored and interviewed while they completed the challenges so they could see how it made them feel and what positive action they could take.

Finishing off mental health week, children were selected to be mental health champions and tasked with putting on a performance and a class celebration on Friday.

On Tuesday, first-team player Joel Matip paid a special visit to Millachip Court in Anfield, alongside a group of Year 6 pupils from Whitefield Primary School, to interact with the elderly residents and get involved in a skill-sharing session.

This group chose isolation as their social action project to understand the importance of helping the elderly generation connect with others and reduce the feeling of loneliness.

The residents were treated to an LFC singalong by the children and the club chaplain, Bill Bygroves, before being taught how to use technology, such as Facetime and social media, so that they can call their family members and stay in touch. 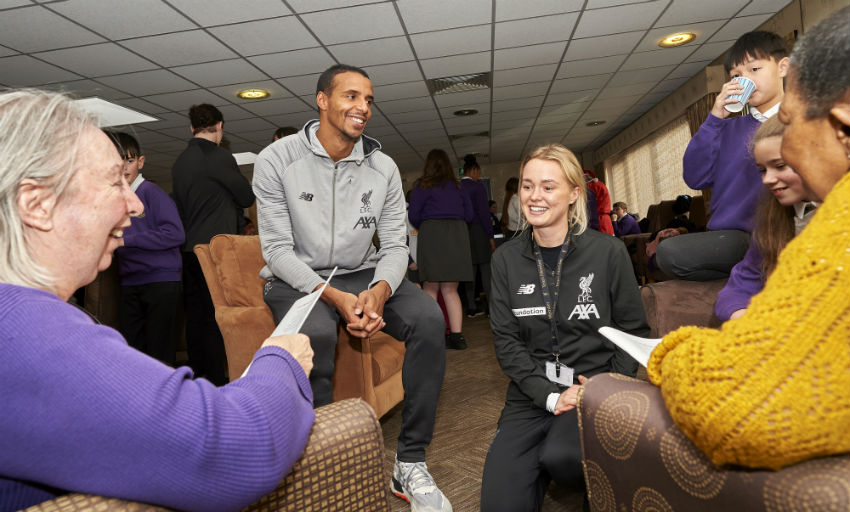 Tuesday also saw children from Whitefield Primary School and Kirkby C of E School participate in an anti-knife crime protest walk in Kirkby to make a stand against knife crime in their local communities, displaying banners and posters held by both groups.

After the walk finished, James Riley from GANGS (Get Away ‘N’ Get Safe) delivered an interactive session, which both groups took part in. GANGS is an educational prevention programme that aims to empower young people to make the right decisions by taking control of their future and rejecting the gang lifestyle.

Since participating in LFC Foundation’s #iwill campaign, Lucia Akwanya, a pupil at Whitefield Primary School, has become very passionate about social action and making a positive difference in her local community.

During the week, she spoke about her leading role within #iwill classroom activities, along with a number of social action projects she has taken part in outside of school, with a focus on reducing pollution, drug and alcohol awareness, and social isolation among the elderly.

The 10-year old’s dedication to helping others and making a difference in her local area led to her first being elected onto her school council, before she was then nominated by the deputy head at her school and selected to take up the role of Young Mayor of Liverpool. 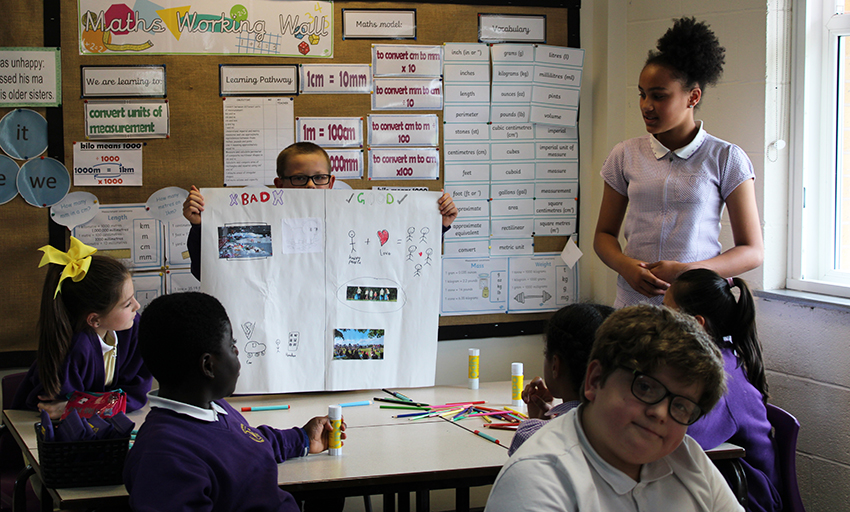 Thursday saw four Year 6 groups from Blessed Sacrament Catholic Primary School take part in a range of social activities, including a shoebox appeal for a local women’s refuge, Women’s Aid. The children produced Christmas shoeboxes filled with gifts for families living in refuge over the festive period. To accompany the packages, the students wrote inspirational cards and messages of love and support, which were given to children and their mothers.

To finish off the week of activities, groups from Blessed Sacrament Catholic Primary School were on hand at the Liverpool ONE shopping district on Friday sporting their LFC Foundation T-shirts, singing LFC songs and asking shoppers to perform random acts of kindness to spread the important social action message.

LFC Foundation’s #iwill campaign aims to develop pupils’ understanding of the different forms of social action, developing character education and core skills, identifying and understanding issues within the community, society and the environment that affect children and young people, and identify the most appropriate ways to reduce them.

It will work with 21 local schools (12 primary and nine secondary) and youth and community groups to inspire children and young people to make positive contributions to their local communities, the environment and society as a whole.

With a total project fund of £1.25 million, which is funded 50 per cent by LFC Foundation and 50 per cent match funded by #iwill, the investment will deliver a three-year project engaging more than 5,800 individual children and young people aged 10 to 14.