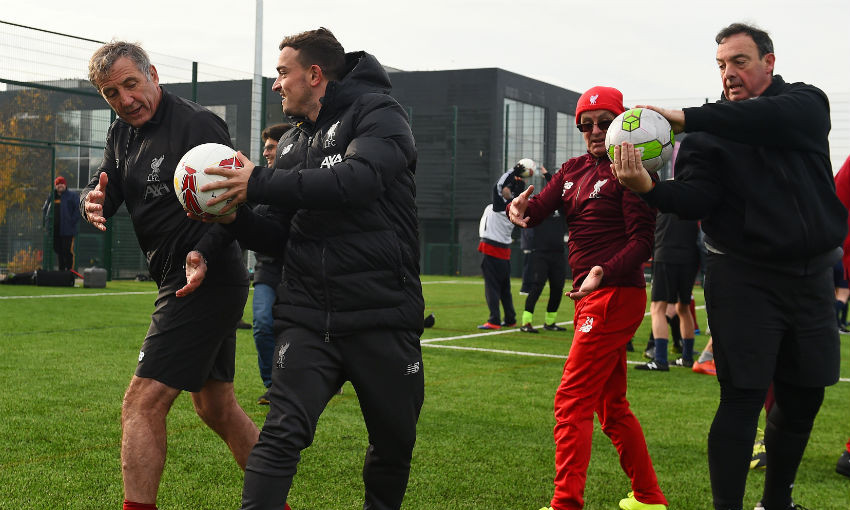 To celebrate the launch, Xherdan Shaqiri paid a surprise visit to the session held at All Saints Catholic High School, where he met with participants, took part in the warm up and cheered the team on from the sidelines.

Walking Football is designed to encourage over 50s to engage in regular physical activity in a fun and social setting. Initially launched in the Anfield area in 2017, the programme has proven incredibly successful and has grown rapidly over the last two years from only six participants to more than 60 taking part in sessions each week. 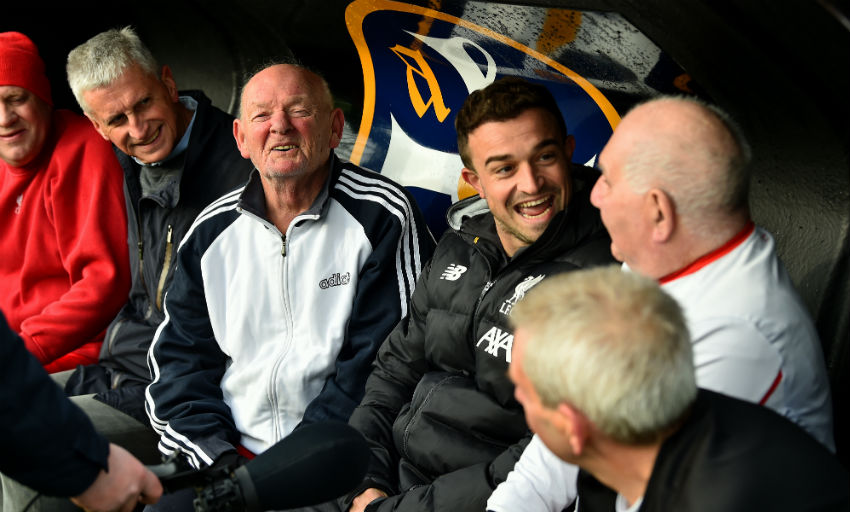 Red Neighbours has recently expanded its delivery into the Kirkby area, launching various initiatives such as ‘bookend’ generation activities and employability sessions as part of LFC’s commitment to being a good neighbour with the club set to open its new training ground in the area in summer 2020.

Shaqiri said: “It’s great to see people from the older generation pulling on their shirts, playing football and keeping fit. You can really see how much these sessions mean to the guys who are playing.”

“We are extremely passionate about helping the elderly community to remain physically active and sessions like these are designed to bring people together to enjoy themselves in a relaxed and social environment.

“We hope to build a strong team here in Kirkby and are looking forward to welcoming new players over the coming weeks.”

Red Neigbours' Walking Football in Kirkby takes place every Wednesday at All Saints Catholic High School, Roughwood Drive, Northwood L33 8XF, from 2.15-3.15pm (excluding school holidays). Sessions are free and refreshments are available after each session - come and join us for a cup of tea soon!

For more information on Walking Football other activities in the Kirkby area email redneighbours@liverpoolfc.com or follow @Red_Neighbours on Twitter.