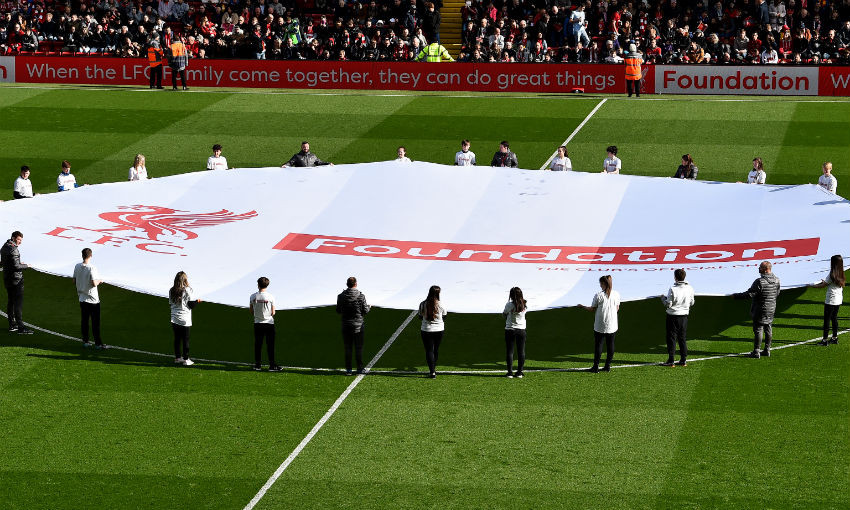 Three-hundred children and local people from across Liverpool received a special surprise when they were gifted with a ticket for tonight's Carabao Cup tie with Arsenal at Anfield.

Teaming up with the club’s official charity, the LFC Foundation, 100 local children enrolled on the club’s half-term holiday camps were presented with a free match ticket, courtesy of Travel Options, an official reseller of hospitality experiences for Liverpool Football Club.

LFC Foundation’s holiday camps are delivered in areas of high deprivation across the Liverpool City Region, providing much-needed support for families when their children aren’t in school, keeping them healthy and active during the holidays.. The tickets will help the Foundation meet its aim of creating life-changing experiences for young people in the Merseyside area.

One-hundred local people taking part in initiatives organised by the club’s Red Neighbours programme were also rewarded with a trip to Anfield for tomorrow’s game, including elderly members of the Walking Football team and volunteers who regularly lend a much-needed hand at the local foodbanks.

In addition to that, 100 tickets have also been donated to charitable causes and requests received by the club, to provide an unforgettable experience to deserving fans often battling serious illnesses or difficult situations.