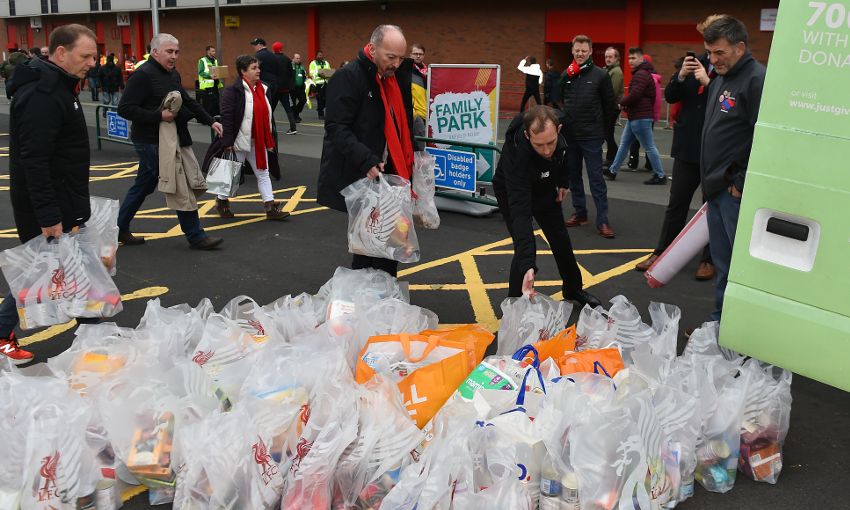 Liverpool would like to thank fans who made a donation to the foodbank ahead of the opening Premier League fixture against Norwich City earlier this month.

A total of 725kg of food was collected at the game and by LFC staff, which equates to 48 emergency food parcels providing over 450 meals.

Collected items are made into three-day emergency food parcels for local people in crisis in North Liverpool, which incorporates the club's surrounding postcodes of L4, L5 and L6.

Supporters attending games can drop off any non-perishable food donations at the foodbank collection points, which are located on Anfield Road, next to the club's Family Park, and inside the Anfield superstore on Walton Breck Road as well as Homebaked bakery on Oakfield Road.