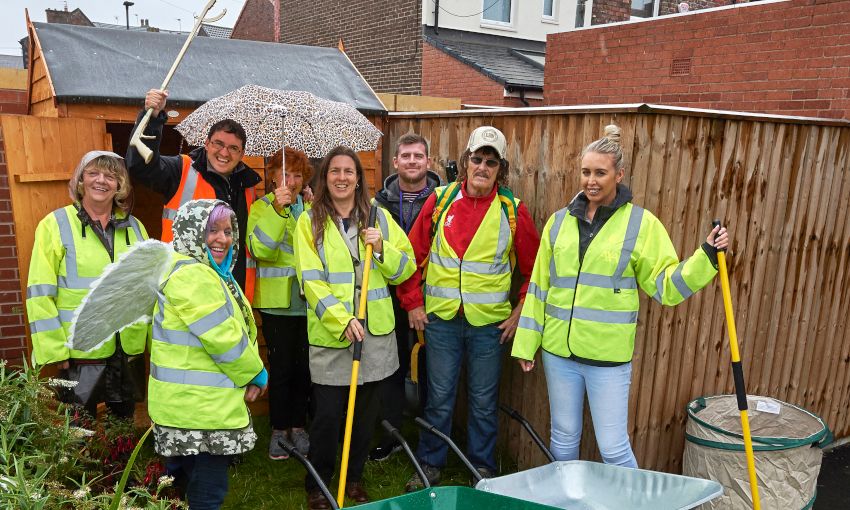 As part of the club's ongoing support of the Anfield Alley Angels – a volunteer-led initiative which aims to clean up the local area – representatives from LFC handed over much-needed tools and equipment including wheelbarrows, sweeping brushes, gardening bins and a shed.

Anfield Alley Angels was launched by Your Housing Group in June last year and its team of dedicated volunteers carry out weekly clean-ups on the streets of Anfield, focusing on litter picking, weeding, bin store tidy-ups, brushing the alleyways and recycling.

Sarah Blackhurst, LFC's resident’s liaison manager, said: "Alley Angels are so much more than a litter picking group. They bring so many people together and they all really take pride in the local area.

"It’s a pleasure to support the Alley Angels and the fantastic work they are doing in the Anfield neighbourhood.”

To date, over 50 local residents have been involved in the initiative, giving more than 250 hours of their collective time to improve their local area. In that time, the recycling rate in Anfield has risen from just 6 per cent to 82 per cent - almost three times the average for Liverpool as a whole.

James Coates, regeneration and community co-ordinator at Your Housing, said: "The initiative is making such a difference to our neighbourhood - I’ve never known a place with so many community champions in such a condensed area.

"There are so many special people involved in this project and residents are starting to really take pride in their neighbourhood. I know if we keep going, things will only get better.

"We are extremely grateful for the support LFC has shown us over the last six months and this donation of equipment will go a long way to help us continue our work in the local community."