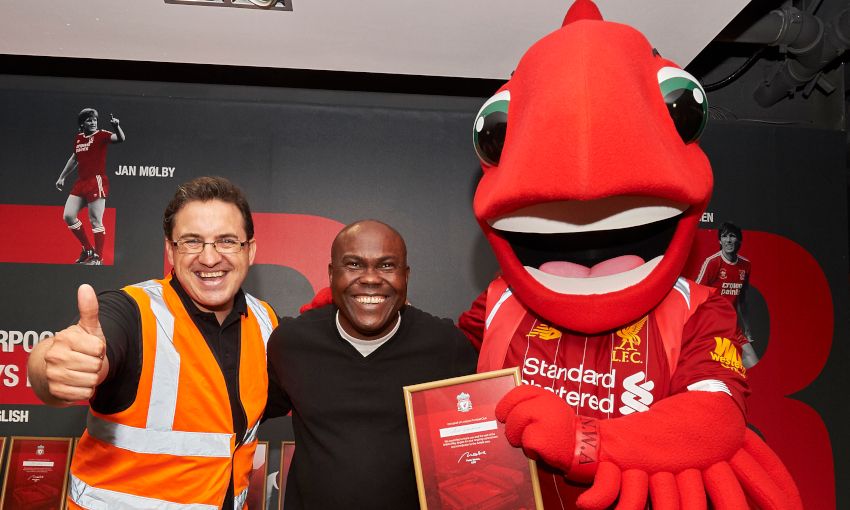 Liverpool FC teamed up with Your Housing Group and the Anfield Alley Angels on Wednesday to host a community clean-up event in Anfield.

Representatives from LFC and Your Housing Group joined Alley Angels volunteers in taking to the streets of L4 as part of Keep Britain Tidy’s #litterheroes campaign.

Anfield Alley Angels was launched by Your Housing Group in June 2018 and its team of dedicated volunteers carry out weekly clean-ups throughout the local area.

The group then headed to Sue's Butterfly Garden in Anfield Village for food and refreshments, featuring locally-made pies provided by Homebaked co-operative bakery.

Next stop was Anfield Stadium for a networking session, which included a recognition ceremony for regular Alley Angels volunteers and an appearance from official club mascot, Mighty Red.

Sarah Blackhurst, LFC’s resident liaison manager, said: "We have been supporting Alley Angels over the last six months and the initiative is going from strength to strength, which is great to see.

"It's brilliant to be involved in a community event like this and bring some of our club staff down to meet the volunteers and help out with the clean-up activities.

"We're really excited about working alongside Alley Angels going forward and supporting them in their continued mission to improve their local neighbourhood."

To date, over 50 local residents have been involved in the initiative, giving more than 645 hours of their collective time to improve their local area and boosting recycling rates in Anfield Village by over 80 per cent. 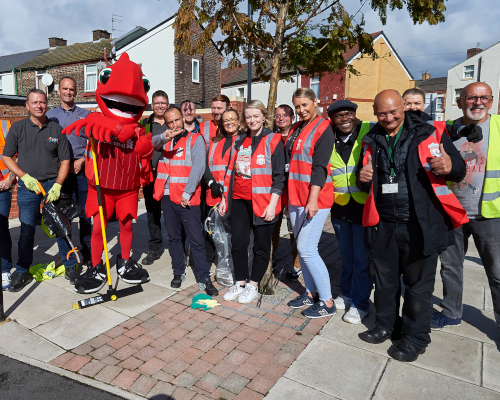 Your Housing Group’s community regeneration officer and Alley Angels team leader, James Coates, said: "Liverpool Football Club has been really supportive and has gone the extra mile at every opportunity to support the Anfield Alley Angels in their mission to keep the streets and alleyways of Anfield in top condition for local residents to use.

"The Alley Angels volunteers are mainly residents who live within the local community and seeing them receive their recognition certificates today was really emotional. You could see just how much it meant to them.

"We'd like to say a big thank you to LFC from everyone at Alley Angels."

Anyone wishing to join the Alley Angels for a future street clean-up can contact James on 07795 471359 or visit @AlleyAngels on Twitter for more information.

Weekly clean-up sessions depart from 39 Randolph Street, L4 0SA, every Wednesday at 11am.

Liverpool FC's impact off the pitch in the community