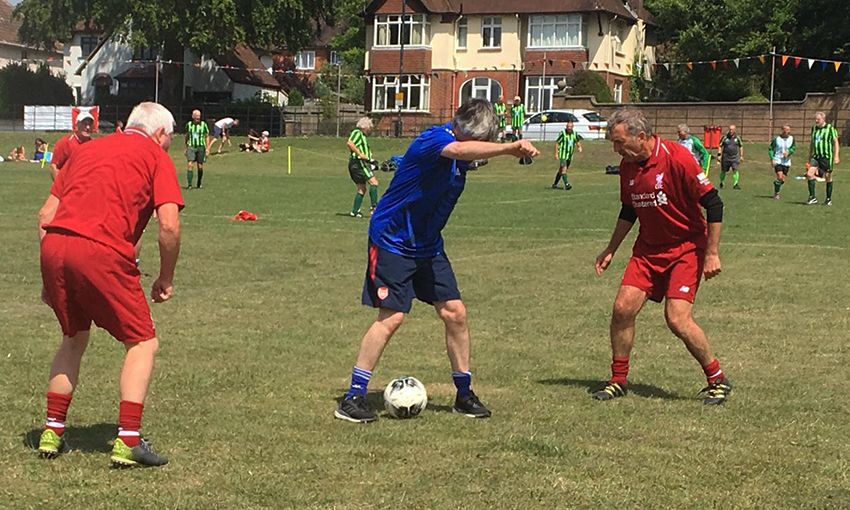 The group headed to Salisbury Rugby Club on Sunday morning, where they joined 28 men’s and six women’s teams from across the country for the 'You’ll Never Walk Alone' fundraising tournament, run by Salisbury Walking Football.

The Darby Rimmer MND Foundation was launched by former Liverpool defender Stephen Darby following his own motor neurone disease (MND) diagnosis last September. The charity aims to raise awareness of MND and offer support to sufferers and their families. 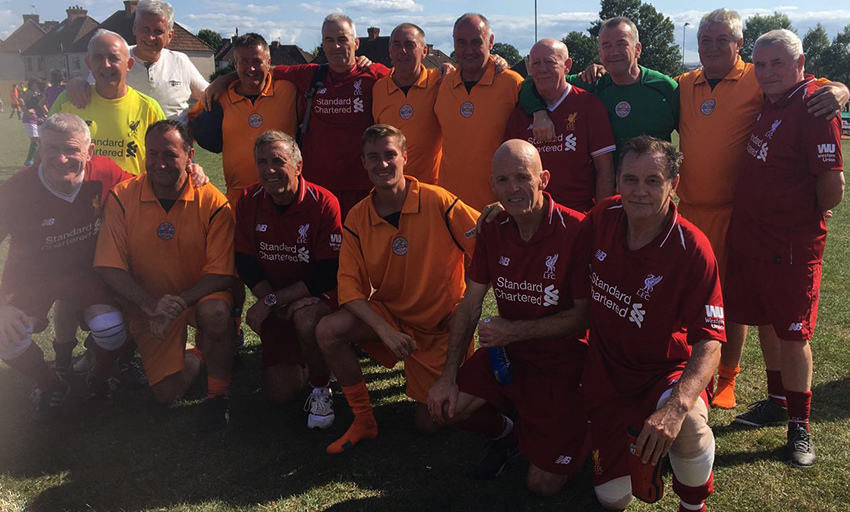 Red Neighbours senior coordinator, Bill Bygroves, said: "We had a wonderful day at the tournament – it was a great event for an amazing cause.

"Everybody we came across was friendly and welcoming and there was a real carnival atmosphere throughout the day. The police band entertained us and the singing of YNWA at the start of the tournament was very emotional.

"It was a great privilege for me and the walking footballers to be here and to see Stephen and his family. Stephen was not only an outstanding player, but he is a courageous, dignified and humble human being too."

Eighty-seven matches were played over the course of the day, with the Red Neighbours teams – split into over 50s and over 70s – playing six each.

Red Neighbours walking football sessions take place at Anfield Sports and Community Centre every Tuesday from 3pm to 4pm and every Friday from 11am to 12pm.