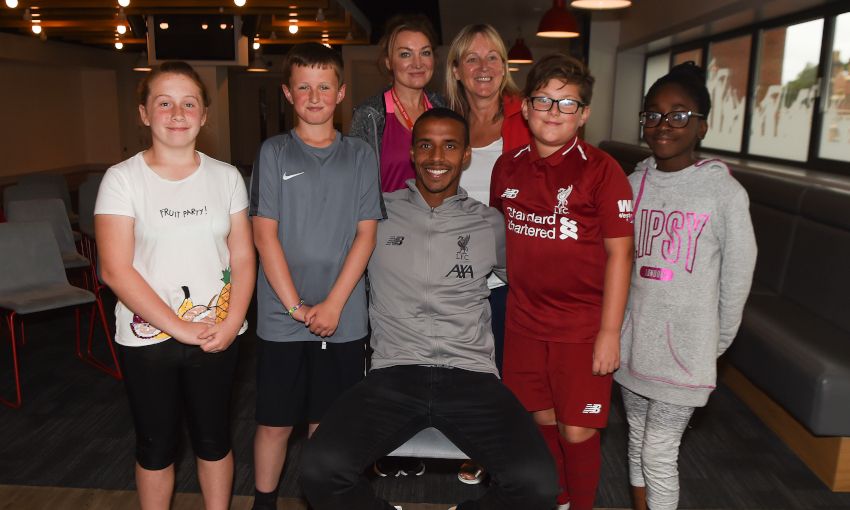 More than 100 youngsters representing 25 schools headed to Anfield for the Champions League-style draw, where they were each allocated the four home games they’ll attend during the 2019-20 Premier League campaign.

For the third consecutive season, Red Neighbours will donate a total of 1,100 free tickets to 21 primary and four high schools in the L4, L5 and L6 areas as part of its free tickets for schools initiative.

Matip said: “This is a fantastic scheme for the local kids and it’s been brilliant to come down and meet so many of them today.

“We always love to get out in the community and spend time with our fans, so it’s been a really enjoyable afternoon and we hope the kids are looking forward to coming back to Anfield for a game once the season is under way.”

Providing local children with the opportunity to experience an Anfield matchday forms part of one of Red Neighbours’ four key areas of focus: creating memorable experiences for young people.

Gayle Hall, careers co-ordinator at Notre Dame Catholic College, said: “Our pupils have had so many wonderful experiences over the last few years thanks to Red Neighbours and the ticketing initiative.

“Being able to go to Anfield to watch a game is a dream come true for a lot of our children, never mind being a part of events like this and having the chance to meet first-team players. It’s something they’ll never forget.”

Red Neighbours also focuses on three other key areas of need in and around the Anfield area: food poverty and education; support for the elderly community; and encouraging a physically active community.