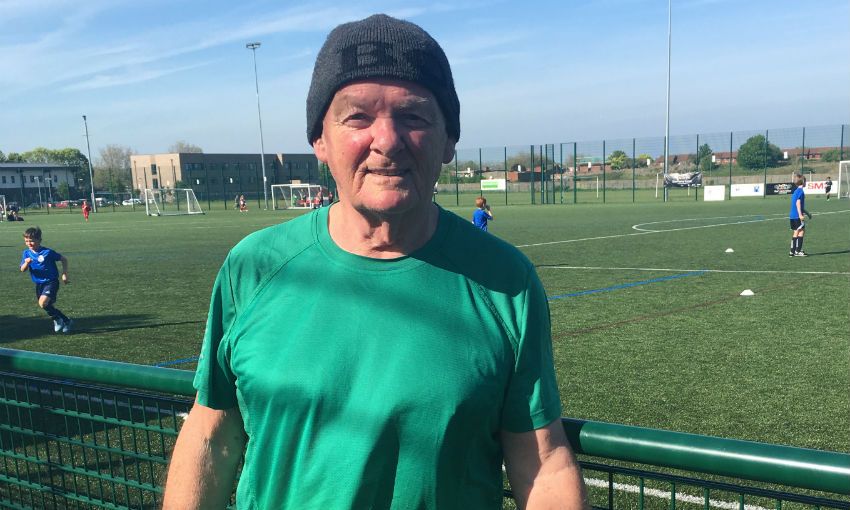 Billy Dowling, 74, from West Derby, has been attending walking football twice-a-week for the past year.

Billy, what’s been your experience of mental health?

I’ve had problems you know. I lost my wife to cancer at a very young age, when she was 47, but I had to nurse her since she was 40. After she died, I just continued to bring up my family – three boys and a girl. That was a struggle and, if I’m honest, I was struggling all the time.

Now they’ve grown up and left home I’m on my own, so I had to get used to that. I must do everything for myself because there’s no one else at home. Being on your own can have a detrimental effect, I felt as if I didn’t want to give everyone else my problems, so I tended to keep them in.

Why did you decide to join the Red Neighbours Walking Football team?

I played football before, but I packed it up. It wasn’t until my friend Michael told me about these sessions with Red Neighbours that I started playing again. Then when I came here and met Bill and Fred and a few others, I just thought it was brilliant.

How has coming to walking football helped you?

Obviously playing the football makes you fit, and every week I know I have walking football and it really gives me something to look forward to. Coming on a Friday and a Tuesday, it’s like two days out really and I just think it's excellent. For me, it gets me out the house, I’m meeting people, I’ve made a lot of good friends and I really enjoy the time I spend here.

Why do you think it’s important for men to talk about mental health?

Men are much less likely to go to the doctors and discuss that they’ve got problems mentally. It can be really hard to talk and anybody that’s been left alone especially will tell you that it’s not a nice experience. A lot of the time I think people think they can’t go into the doctors because there’s not physically anything wrong with them – and that’s another reason why men often struggle to talk about the way they’re feeling.

What advice would you give someone who is suffering with mental health?

Obviously I think it’s important that you talk to someone, whether it’s your doctor or friends – it’s important to get it off your chest. Tell them exactly how you feel and it will lift the weight off your shoulders.

Then once you’ve told someone about it, just get yourself out of the house and start doing something like walking football, where you’re out and about being active and socialising. As far as I’m concerned, walking football has been the best thing I’ve done. It gets me out, it keeps me fit and I’ve met some fantastic people.