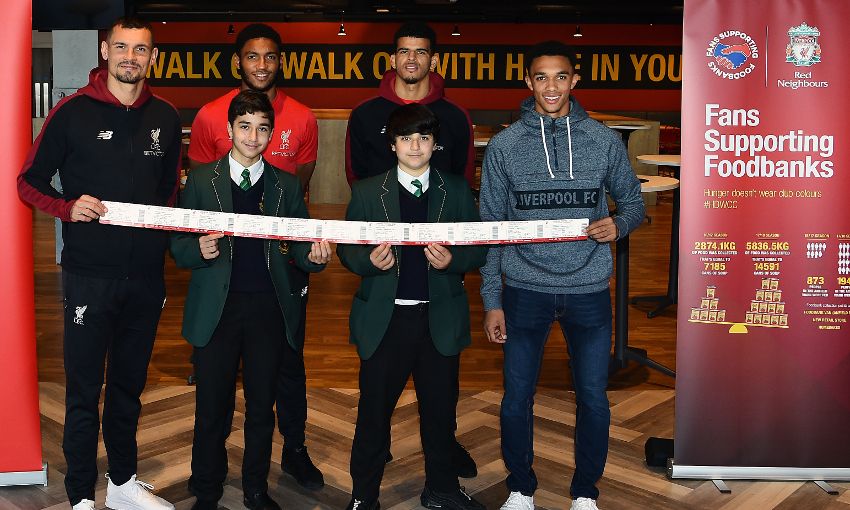 The free tickets for schools scheme, which gave over 1,000 local pupils the opportunity to attend matches at Anfield last season, provides 55 match tickets for every Premier League home game at Anfield.

Paul Deakin, learning mentor at Alsop High School said: "Many of our pupils have never had the chance to go to a football game before, so this really is a fantastic scheme and one which we’re very happy to be involved with.

"The experience of going to Anfield on a matchday is something the children will remember forever and we’re extremely grateful to Red Neighbours for providing the opportunity.

"To meet the players as well is just icing on the cake – the smiles on the kids’ faces say it all."

21 primary schools and four high schools in the L4, L5 and L6 postcodes will benefit from the initiative throughout the 2018-19 campaign as part of Red Neighbours’ focus on creating memorable experiences for young people.

"Giving local kids the chance to come and see a game at Anfield is really important and it’s so nice to see the happiness it brings them."