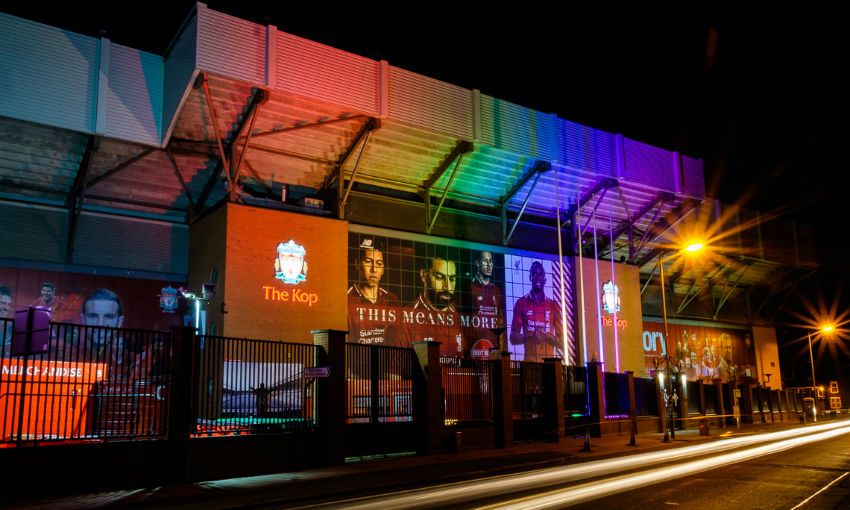 Liverpool FC is proud to be supporting Liverpool Pride again this year, and to mark the celebrations the club is lighting up Anfield's famous Kop in the colours of the LGBTQ+ rainbow flag.

The Kop will be lit up each evening (10pm until midnight) for two weeks as part of Liverpool Pride’s ‘Come out of the Shadows’ initiative, which will see prominent buildings across the Liverpool City region lit up each night using colours from the iconic flag.

This is the third year that the city has organised the ‘Come Out Of The Shadows’ campaign, which aims to show Liverpool as an LGBTQ+ friendly city for residents and visitors, while raising awareness of all forms of LGBTQ+ within society.