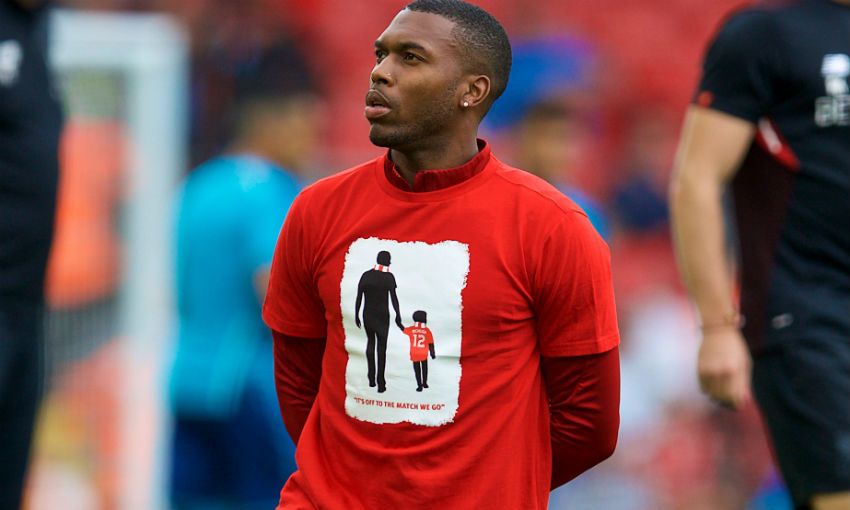 Prior to last month's 4-0 Premier League win over Arsenal at Anfield, the Reds' squad wore t-shirts to support the Foundation - which was established by Owen's parents Mark and Joanne following their son's tragic death in December 2015 - and raise awareness of its cause.

Owen was an ardent Liverpool fan who followed the team home and away before he passed away at the age of 11, shortly after being diagnosed with leukaemia.

And Mark has no doubt that his son would've loved to have seen his heroes wearing the t-shirt - with one Reds star in particular holding a special place in the McVeigh family's hearts.

"It was just a big sense of pride, really. It was a bit surreal seeing it, especially with all the players with it on," he told Liverpoolfc.com.

"The big one for me was Firmino, because not long before he passed away, about four weeks before Owen passed away, he met him. He sat with him in town and I was looking at the picture that day, seeing him [Firmino] with it on and that, with the understanding that he'd know what it was about, he'd know it was Owen, it was massive."

Mark also explained the significance of a global audience of millions seeing the likes of Firmino and Daniel Sturridge wearing the t-shirt.

He continued: "It was of massive importance on two levels - the Foundation level and the human level. The Foundation side of things, it's massive for us, the amount of people that have contacted us that now know what the flag means now, know what work we do, and that enables us to help more children.

"We've had messages from China, from New York, people who want to get involved. Without things like this, people wouldn't know who we were.

"And from the human side of things, the personal side of things, I know how much it would mean to Owen. It'd just be a sense of pride, he was one of them kids who'd say 'how many likes have I got?', whether it be Facebook or Twitter or Instagram.

"[This] was probably the first time since he passed away that it became really, really personal with the club and the Foundation. The club just got it so right. I think I've said it once before, but the moral compass was set to perfect with it.

"What was once an idea is now a reality. The amount of children we're helping - how could you not want to do it more?"

Click play on the video below to hear more from Mark on the Owen McVeigh Foundation's aims, objectives and future plans...

The Owen McVeigh Foundation aims to enrich the lives of local children suffering with cancer by providing them and their families with money-cannot-buy experiences. To learn more, click here.