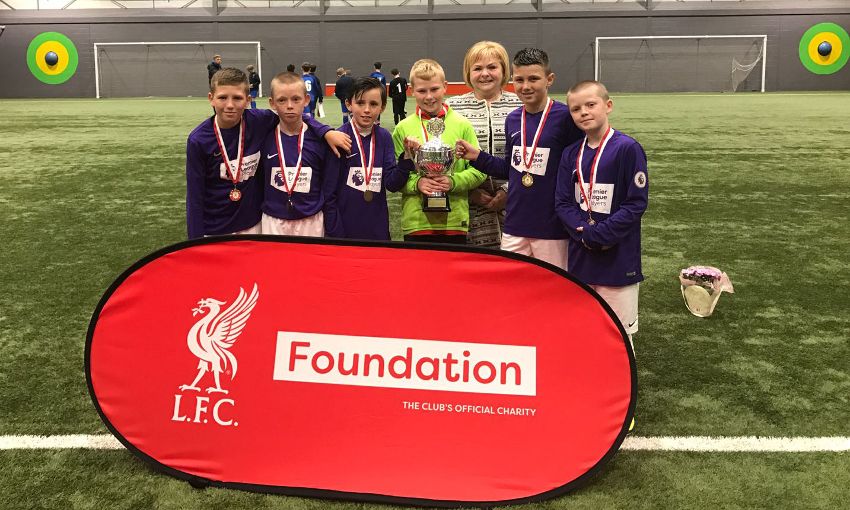 The schools tournament is an annual event held in memory of Ian Frodsham, who was an extremely promising footballer who joined the Reds as an U11 from Brookfield School in Kirkby. He signed a professional contract at 17, and played regularly with the Liverpool reserves. He tragically died in 1995 at the age of 19 from a spinal tumour.

The Memorial Cup was played in a two-league format with five teams in each, with the league winners meeting each other in the final.

The league winners were Northwood Community Primary School and St Francis de Sales Primary School. The highly competitive final finished 0-0, with Northwood going on to win the game 2-1 on penalties.

Ian’s mother, Lyn, was in attendance and presented the trophy to the winning team, while also congratulating all of the participants.