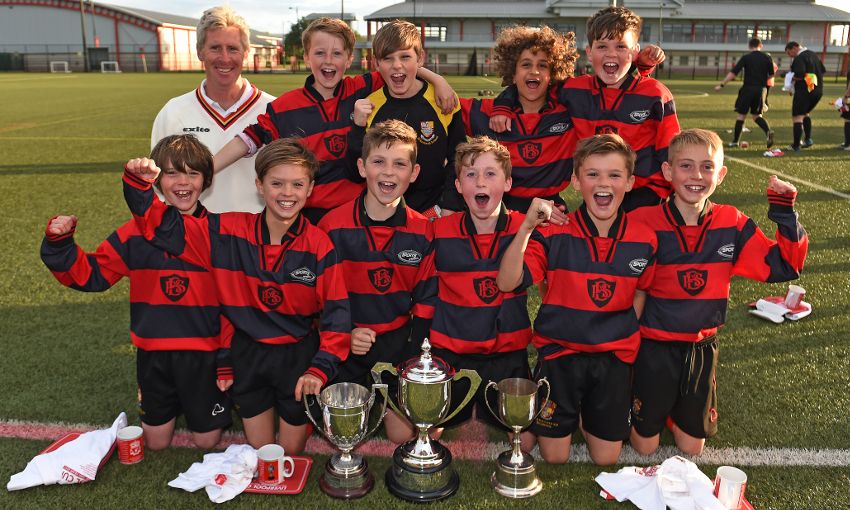 Liverpool Football Club celebrated the 39th anniversary of the prestigious Liverpool Cup at the Academy this week as it played host to the long-standing city tournament.

The competition, which involves thousands of young local footballing talent, was created in 1978 for school children across Merseyside.

This year, over 2,500 boys and 1,000 girls have participated in the event, with the semi-finals and finals being held at the Academy.

The boys’ tournament final was played between Birkenhead School and St Pauls Junior School, with the former running out 3-1 winners.

Ronnie Moran’s son Paul was guest of honour at the tournament to make the presentations to the winning teams, and also to the night’s best players: Zara Shaw from Malvern Junior School and Jacob Fowler from Birkenhead School.

Liverpool Cup secretary, Steve Sass, said: “The 39th Liverpool Cup was yet another fantastic occasion for all those involved. To be able to give local youngsters from Merseyside the opportunity to play at the Academy is fantastic so we are extremely grateful for the support of Liverpool FC once again.

“The tournament continues to go from strength to strength each year and we are already looking forward to beginning plans for next season’s tournament.”