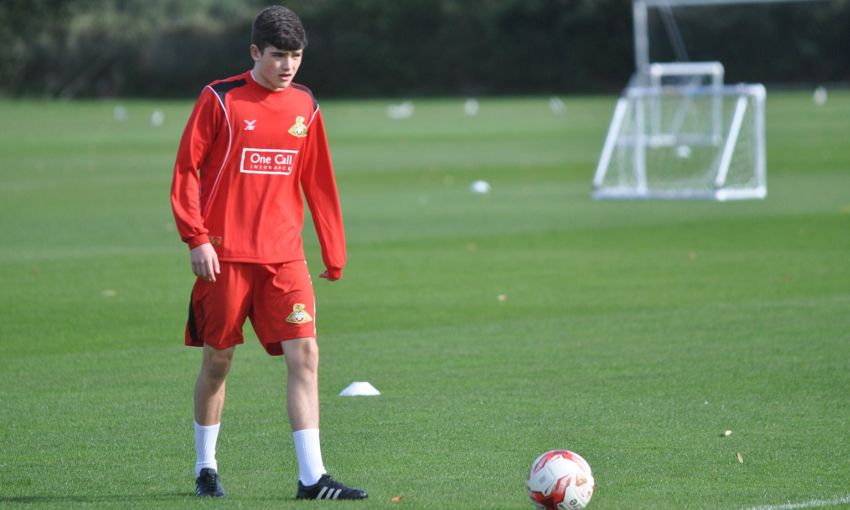 Youngsters show support for Kick It Out at Anfield

The Liverpool FC Foundation College has continued a run of success with another one of its students signing a professional football contract.

The college, which gives 16 to 19-year-olds the opportunity to learn ‘The Liverpool Way’ alongside a unique educational experience, has had a number of students go on to sign for professional clubs and forge careers in the game.

Tony Donaldson, 18, who was voted the Foundation College’s Player of the Tournament in the Dallas Cup last season, signed an 18-month contract with League Two club Doncaster Rovers in early January.

Donaldson said: “I knew the coaching programme at the college was first-class and seeing Paul Mullins, Connor Roberts-Nurse and Callum Grogan play for the college then gain professional contracts was an inspiration. I always knew I had a chance of making it.”

John Keegan, head of football at the LFC Foundation College, said: “It’s wonderful news for Tony and everyone connected to the college. It shows that all young players must keep working hard at their education and game in order to realise their dreams.

“We create an environment here which allows the players to develop academically, physically, technically and as young adults.”

Head of the Liverpool FC Foundation, Andrea Cooper, added: “It is great to see students from the LFC Foundation Football College achieving success. On behalf of the foundation, I would like to wish Tony the best of luck in his future career.”

During the previous academic year, the LFC Foundation achieved a success rate of 93.3 per cent, which is 4.3 per cent higher than the national average – with 100 per cent of students being offered their first choice of university.

The college has two open events coming up – with details below – and would like to encourage interested boys and girls from years 11 and 12 to come along and find out more information.

Challenge: Show us your super move!