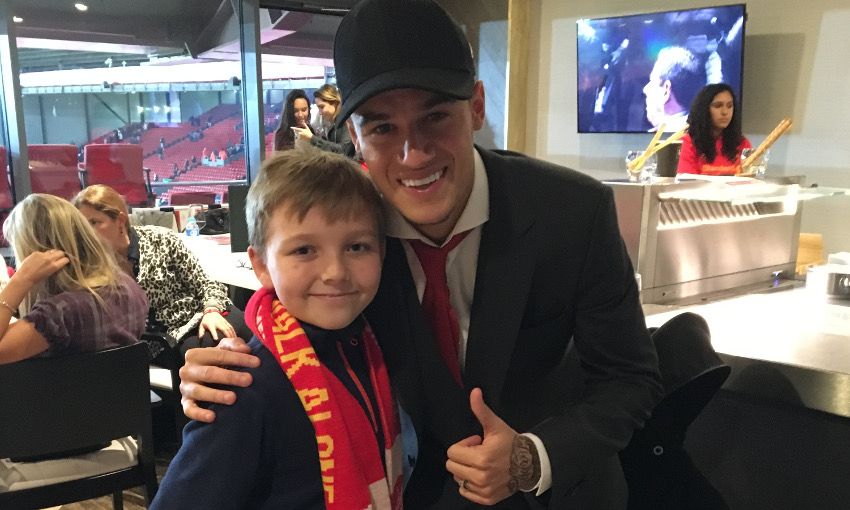 A young fan got the chance to meet his favourite player at Anfield on Sunday after attending Liverpool's clash with West Ham United.

The club invited 10-year-old Thomas McManaman to the game through local charity CHICS, which supports children and young people living with cancer.

Thomas, who has been battling acute lymphoblastic leukemia since 2012, watched the match from an executive box in the new Main Stand before being taken to meet his football hero, Philippe Coutinho.

He said: “The atmosphere was amazing and all of the food was delicious. I haven’t been to Anfield for a few seasons so it was brilliant to be back again and see the new Main Stand.”

When asked for his favourite part of the day, Thomas added: “It’s all been amazing, but meeting Philippe was a dream come true. I was speechless. I said earlier in the day that Coutinho was my favourite player, but I didn’t expect that I’d get to meet him. It was one of the best days ever.”

Thomas was invited to attend the game along with other children from CHICS as part of the club’s Young Fan Ticket Initiative, which aims to give more local and young supporters the chance to experience a matchday at Anfield.