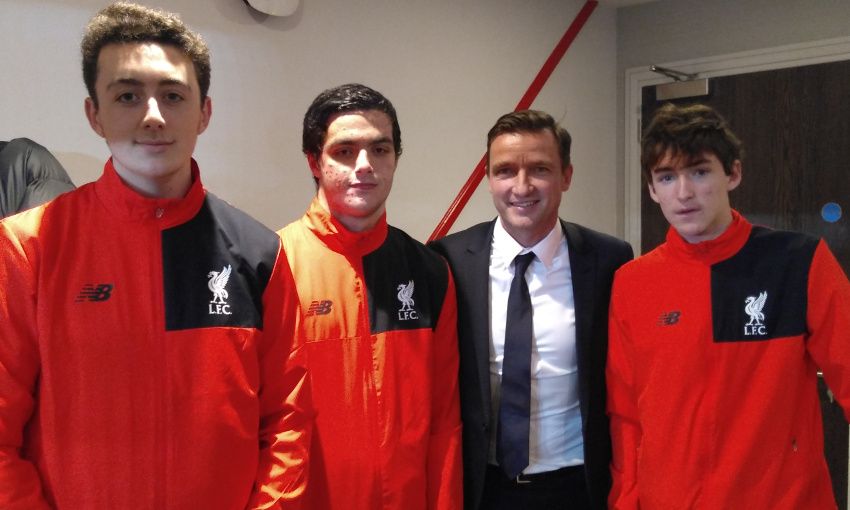 Liverpool FC Foundation Football College students had a day to remember on Sunday as they were invited to the Reds' fixture against West Ham United at Anfield.

The students, aged 16 to 17, enjoyed the action-packed Premier League match from an executive box in the new Main Stand.

Their day was made even more memorable when former Reds midfielder and Istanbul 2005 hero Vladimir Smicer popped in to say hello.

Mike Green, a 16-year-old student, said: “I was absolutely delighted to be invited to the game. It’s the first time I’ve had the chance to go to an LFC match since I was 10 years old, so it’s been a fantastic experience.

“It was great to meet a former player. I was only young when the famous Istanbul final happened, but I often watch the game back now so it was amazing to meet one of the goalscorers.

“The atmosphere in the new stand is incredible, too, and it’s great to see how the stadium has changed since last time I came.”

More than 50 young people attended the West Ham game as part of the club’s Young Fan Ticket Initiative, which aims to give more local and young supporters the chance to experience a matchday at Anfield.