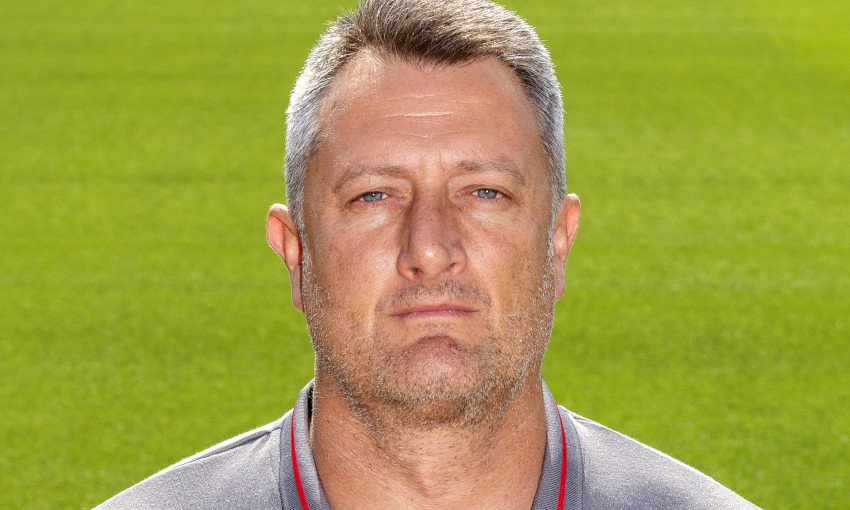 Andrew Powlesland is, proudly, a jack of all trades. "I think it's a good thing to have multiple skills and while I know the saying is 'master of none', I hope I have a few high-level competencies as well!"

Now Liverpool’s head of Academy business operations, most of his career, until he was hired by the Reds in 2014, was a multi-functional combination of semi-professional basketball, coaching, and education.

So while the man himself was modest enough to think “Liverpool Football Club wouldn’t want me” when a recruitment agency sounded out his services six years ago, his CV suggests a perfect fit inside the philosophy at Kirkby.

Almost two decades as a semi-pro in the top two divisions of the National Basketball League – in addition to a stint as a professional and some successful spells as a coach – give him a deep understanding of competitive sport.

Running parallel to his passion for basketball – the result of “a very tall individual” attending a school where both PE teachers were involved with the England schoolboy set-up – was a lengthy career in education, providing a wealth of knowledge that complements the Academy’s goal to mould people as well as players.

He has, essentially, seen it all; from working with amateurs playing sport as a hobby, to leading a basketball team to the British University Championship, to helping Olympians prepare for the greatest stage.

“I can talk to the coaches because I have coached, I can talk to the players because I’ve played, albeit a different game,” Powlesland, who previously served as director of sport at London South Bank University before joining the club, tells Liverpoolfc.com.

“I’m a big fan of developing empathy and if people think you understand them and you understand where they’re coming from, then they’ve got a little bit more time to listen to you.

“If you want to get messages across to players, certainly in player care terms, empathy and relationships are important – and common sporting backgrounds are part of that importance.” 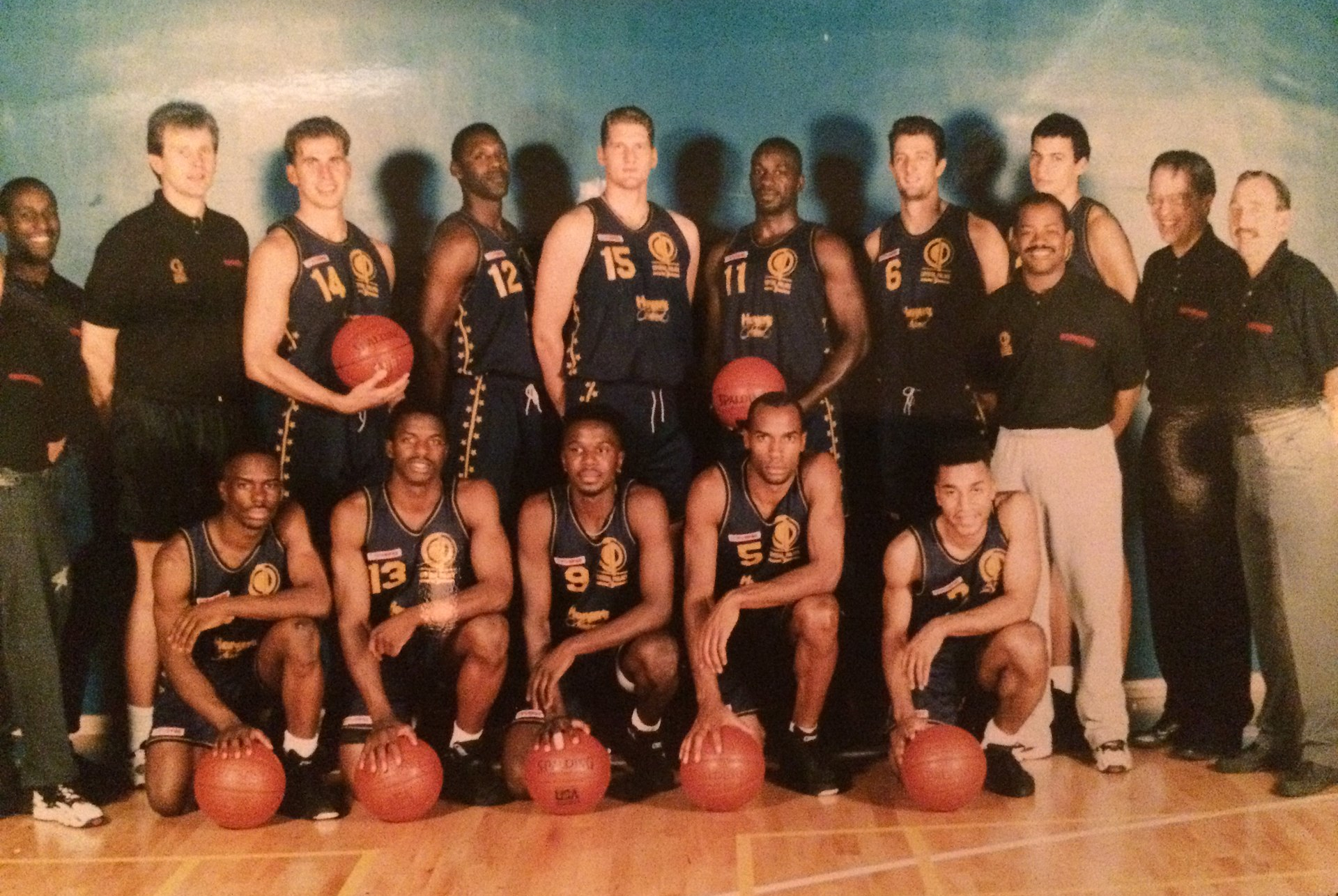 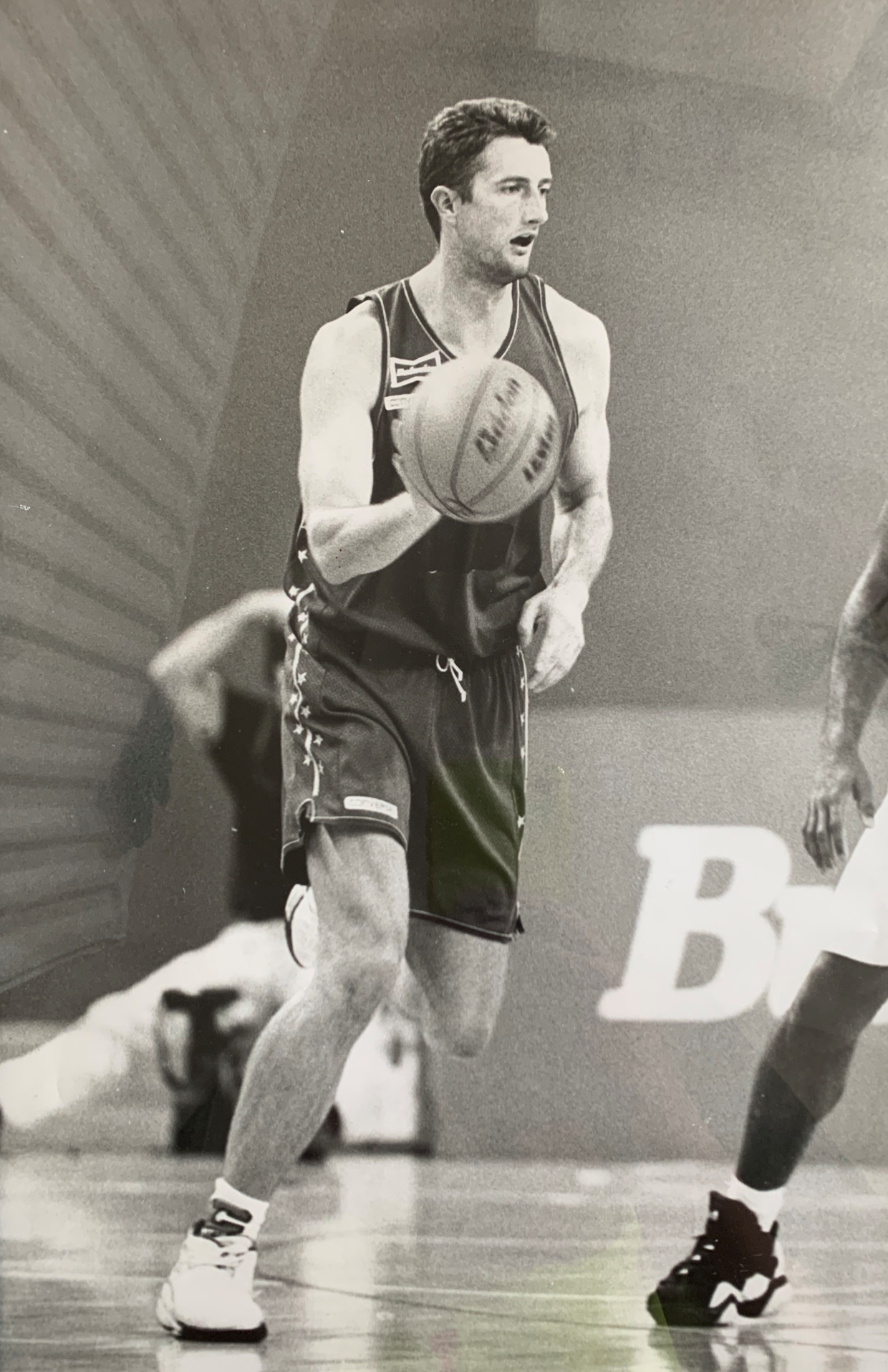 Powlesland (wearing No.6) during his playing career with Crystal Palace

Powlesland draws on his experience across those fields of top-level sport and secondary school and university teaching to manage the operating processes and procedures in Kirkby.

In conjunction with the assistant Academy director, Nick Marshall, his chief objective is to connect the various departments at the complex in their pursuit of developing young people and ensuring progress on and off the pitch under the guidance of Academy director Alex Inglethorpe.

“We have an Academy director who is very coaching-focused and wants to be out on the grass as much as possible and I try to support him so he can be out there as much as possible,” explains Powlesland of the working relationship.

“So, I pick up the operational and administrative things that at many other clubs the Academy director would be doing, such as the budget. Alex trusts me to get on with these responsibilities and I make sure he is kept in the loop.

“He has obviously always got the final nod, but I represent him on a number of those club-facing meetings and responsibilities in order to allow him to be on the grass as much as possible.

“Alex very much steers the Academy philosophy in the direction he sees is the best one for us.

“He’s always open to be challenged. He is the ultimate decision-maker but he does listen to those around him. Nick Marshall and I, I would like to think, certainly influence him sometimes.”

The organisational side of Powlesland’s role encompasses responsibility for finances, administration and business strategy.

One example of the system being put into practice, among many, would be facilitating an Academy tour; laying out the logistics of the trip once a decision has been agreed by Inglethorpe and Marshall on the who, when and where.

Budget is calculated, venues risk-assessed, travel planned. Each box ticked to allow those on the football side to better focus on their priorities.

Other elements of Andrew’s task list have been naturally accrued over time, assigned to him partly by virtue of his previous experience.

He was recently appointed the safeguarding lead at the Academy and, as part of the fulfilment of Premier League regulations, heads up a team of three in that area alongside Phil Roscoe (head of player care) and Caitlin Hawkins (head of education).

“The three of us have quite a lot of experience across this field and it’s a really good team,” says Powlesland.

“I don’t think there was ever any intention that [safeguarding lead] should be me when I first started. But I think that has probably come to me because I’m best placed, I have quite a bit of experience in that area.

“I think the club has also evolved its safeguarding provision over time; and my role is just how the Academy has responded to that restructure.

“In splitting education and welfare – which we had to do, so there are now two post-holders in my team – safeguarding also came up on the left flank as important and I thought, ‘I’ll do that.’

“The three of us – I’m the designated safeguarding lead; the head of education; and the head of player care, we’ve called it player care instead of welfare – now work very closely together to make sure we’ve got all of that covered: education, player care and safeguarding. That’s an example of how things have evolved.” 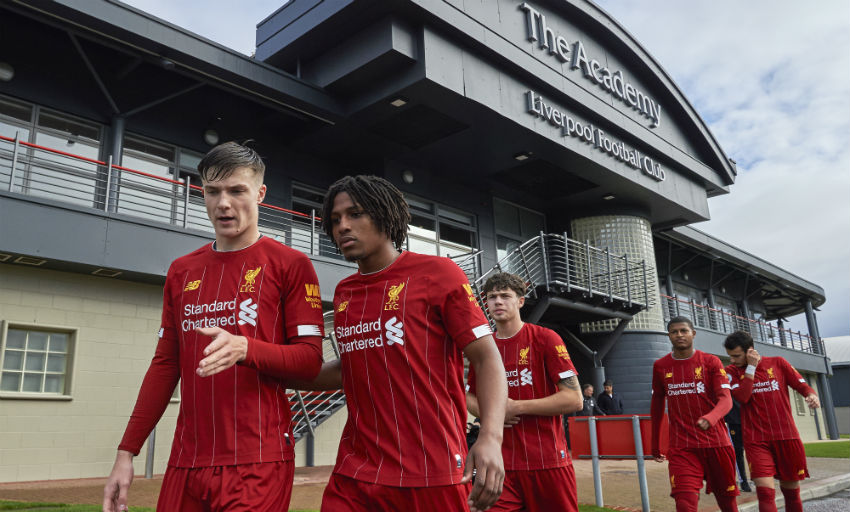 The Academy’s commitment to developing rounded individuals ready and able to make contributions to society, through football or otherwise, is well documented.

That, of course, extends to equality and diversity as an ever-changing world is reflected in the backgrounds of the youngsters coming up through the ranks.

As you might expect for a long-time educator, it’s a subject very close to Powlesland’s heart as well.

“We’ve started to recruit from further afield, so we’re getting an awful lot more Manchester-based players and players from outside of Merseyside,” he states.

“That has increased our diversity in a number of fields – not just the region they’re from, but also ethnicity and religion, and yet we still have a very similar staff profile as when I started.

“There’s definitely a challenge in communicating and engaging with people from different backgrounds than yourself and developing empathy. That’s an evolving challenge and one I’m beginning to get to grips with and looking forward to making far better.

“I spent a lot of my teaching career in the multi-cultural parts of a very cosmopolitan London. I’ve had teacher-parent conferences with people from all walks of life. I have also played with and coached some very diverse groups and I am well placed to help upskill and support the current workforce, who might not have had as much experience in those environments.

“Relationships with parents are really important in our work because obviously they are the key influencers in a young player’s world.

“If you look at the diversity of the players Ian [Barrigan, head of pre-Academy recruitment] is bringing in, it’s vastly different to what it was six years ago and that now obviously has been reflected through our foundation phase and is moving up through our age groups.

“We subscribe to all the Kick It Out sessions we can, but then I support this education to make sure there’s a balanced approach, making sure unconscious bias is addressed amongst other things.

“We celebrate Black History Month in the Academy now, which we didn’t do before I started; and I must admit I was surprised, but I suppose I looked at it through London-centric eyes. Now the club has embraced it, we celebrate it and all the boys get a lesson with me in October.”

The Academy will soon enter a new phase as the club prepares to combine its first team and youth operations on the one, expanded and refurbished, site in Kirkby.

Powlesland predicts the merger will have a hugely positive effect on the Academy players aiming to emulate the seniors, particularly given the potential layout of the site.

“Having the first-team building at the end of the horizon 400 yards away is quite inspiring,” he says.

“The plan is to rearrange the layout of the Academy pitches so that the oldest [age group] pitch is next to the first-team building, with the U18s being the next closest and so on. So you have a bit of a bridge going towards the first team.

“I do think the idea of having the building visible and tangible is good from a motivational point of view, but also just logistically; the players will have more chance to be watched by key people from the first team. But also, there is always the potential to learn from other staff and the exchange of ideas and good practice just has to be helped by being on the same site.

“I’m excited about how we can work with them and how we can gain opportunities to learn and help each other as a staffing group. For example, I would like to think that a shared training ground will give us more opportunity to do things like having Q&As with a first-team player or taking an age group squad 400 yards up the pathway and to do a training session on a first-team pitch. Those kinds of things are quite exciting.

“I do think we’re going to have to let the dust settle and find where we can get those opportunities. But there’s got to be lots of opportunities and ways that this will make us better. It’s partly my role to make sure we maximise those.”

To the final – and perhaps biggest – question, then.

With so many strings to his bow, which gives Powlesland the greatest satisfaction?

“I do really think the parents are aware the Academy and the Academy staff really do care about them and their son(s) and it’s not just always about football – we are trying to make them the most productive young people ready for society, whether that’s as a footballer or in another career pathway.

“That’s what I’m quite proud of, I think I’ve had an influence in making them good people or certainly trying to make them as good people as they can be and we really do try to bring the parents along on that journey as well.”

Behind the Badge: 'My own LFC journey inspires me to be a coach'