Fans are advised not to gather at Anfield this evening.

The club is asking for everyone’s support in protecting the health and safety of fellow fans and loved ones by not congregating at the stadium.

By supporting the team from home and following government guidance, you will be playing your part to keep Liverpool and the local community safe. 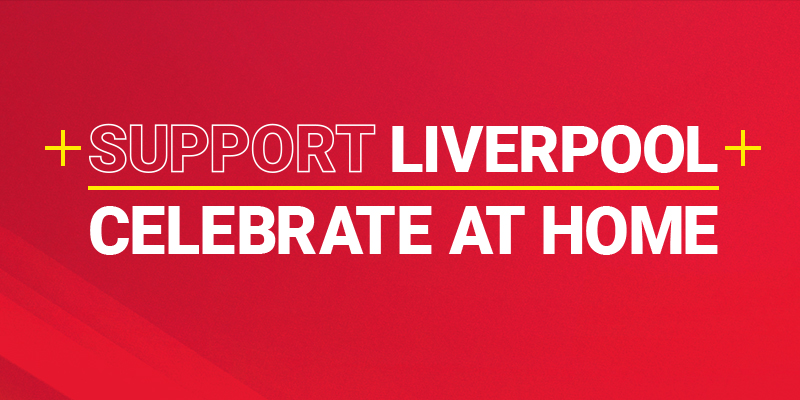 As per all behind-closed-doors games, there will be no access to the stadium footprint. To protect the health and safety of all of those involved, we have installed fencing around the perimeter of the ground to create a sterile area around the stadium. This will allow us to facilitate social distancing whilst carefully managing and protecting the local community and all those working at the game as per Premier League and government guidance.

In addition, the ongoing remedial works to improve the waterproofing of the podium at the Main Stand have been cordoned off to protect the site compound. We know that fans are eager to see the team lift the trophy – however, contrary to reports, nothing is happening outside the stadium and the team will not be making an appearance on the steps.

The top of Stanley car park will remain closed to the public as this forms part of the club’s matchday zone. There will be limited access to the car park for dog walkers and those using the park for recreational activity only.

Anfield Road will be closed from four hours before kick-off between Skerries Road and Alroy Road. Walton Breck Road will remain open; however, we may be required to close the road for health and safety reasons during the game.

Ahead of the game, we have been working once again with our city partners and the Premier League to ask supporters to stay at home and enjoy the ceremony, and not travel to Anfield.

We are asking everyone to tune in to the game against Chelsea, and the subsequent trophy presentation, which is free-to-air on the Sky Pick channel in the UK and Republic of Ireland.

From everyone at Liverpool FC, we want to thank our incredible supporters for their support  – it’s essential that we finish the season in the safest way possible, prioritising public health in order to ensure that the return to football is a success for Merseyside.