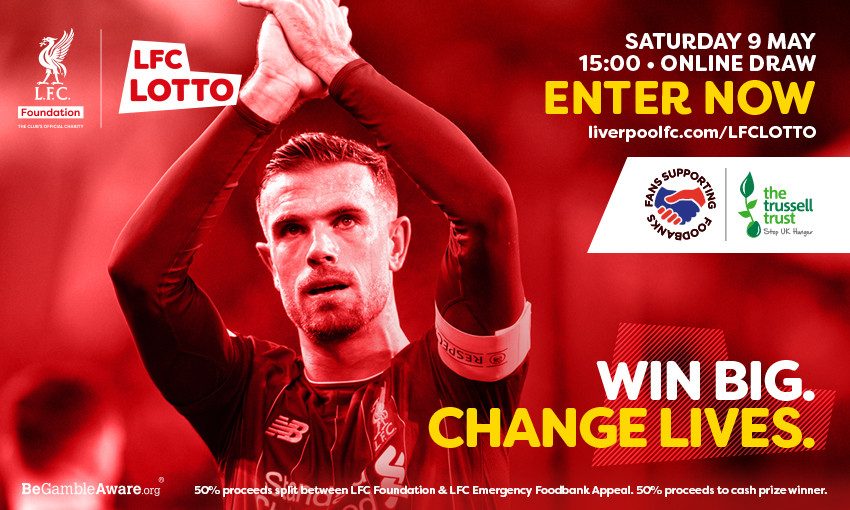 The proceeds from the LFC Lotto are split equally, with 50 per cent of the total funds raised awarded to the cash prize winner and the other 50 per cent helping to support LFC’s Emergency Foodbank Appeal and LFC Foundation.

Launched in March, the club’s Unity is Strength Emergency Foodbank Appeal was set up to support the Trussell Trust’s foodbank networks in Liverpool and Merseyside, which provide emergency assistance to people living in food poverty.

Two lifelong Reds fans, Karen and Jay, were the lucky winners from the most recent online LFC Lotto draw. 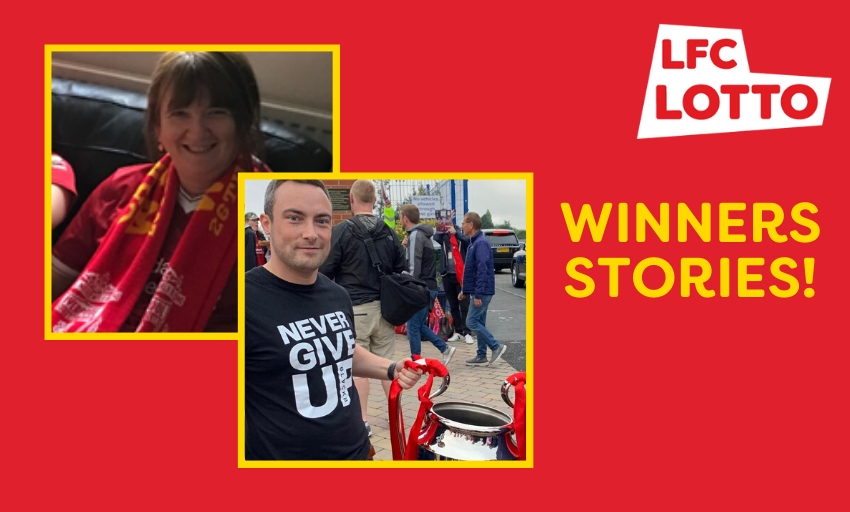 Karen, who scooped the jackpot cash prize of £2,431, said: “I was so shocked to win on the LFC Lotto. Usually, I never win anything, but as a Liverpool FC supporter and the fact that the money is going to a great cause, I thought I’d have a go.

“I’m looking forward to visiting my son in Australia in the future and will put my winnings towards the trip.”

Jay was the winner of the second prize in the draw – a Liverpool FC home shirt signed by Van Dijk.

“I’ve seen LFC Lotto advertised every now and then, but never actually played,” he said. “However, when I saw the good cause this supports, I saw this as a way of donating. I never expected to actually win!”

During April, LFC Foundation announced four upcoming online lottery draws, each of which will be drawn at 3pm on Saturday, with consecutive draws going live to enter once the previous draw has been made.

You can now enter a Henderson-themed draw for this Saturday, May 9, at www.liverpoolfc.com/lfclotto.