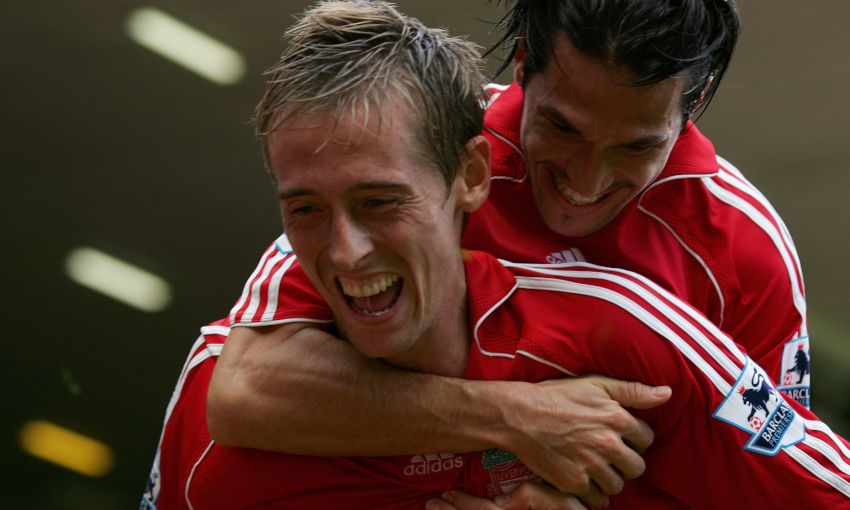 The popular Englishman spent three years with the Reds and became a firm fan favourite across his 134 appearances, which included 42 goals.

Crouch was signed by Rafael Benitez from Southampton in 2005 and scored 13 times during a debut season that ended with FA Cup glory.

A threat both in the air and with the ball at his feet, he was even more prolific in his second campaign on Merseyside with 18 strikes – seven coming in Europe as Liverpool reached the Champions League final for the second time in three years.

🔴 134 games ⚽ 42 goals Thanks for the memories, @petercrouch ❤️ All the best in your retirement 🙌 https://t.co/fNZafjJh3G

His stunning overhead kick against Galatasaray in the early stages of that run served as a marker of the forward’s ability to produce spectacular moments.

A key member of the squad that regularly competed at the highest level in Europe, Crouch again broke double figures in his third and final season with the Reds before departing for Portsmouth in the summer of 2008.

He went on to represent Tottenham Hotspur and Stoke City before a short spell with Burnley earlier this year marked the final stop of an outstanding playing career.

“After a lot of deliberation this summer, I have decided to retire from football,” Crouch wrote on Twitter on Friday morning.

“Our wonderful game has given me everything. I’m so thankful to everyone who helped me get there and to help me stay there for so long.”