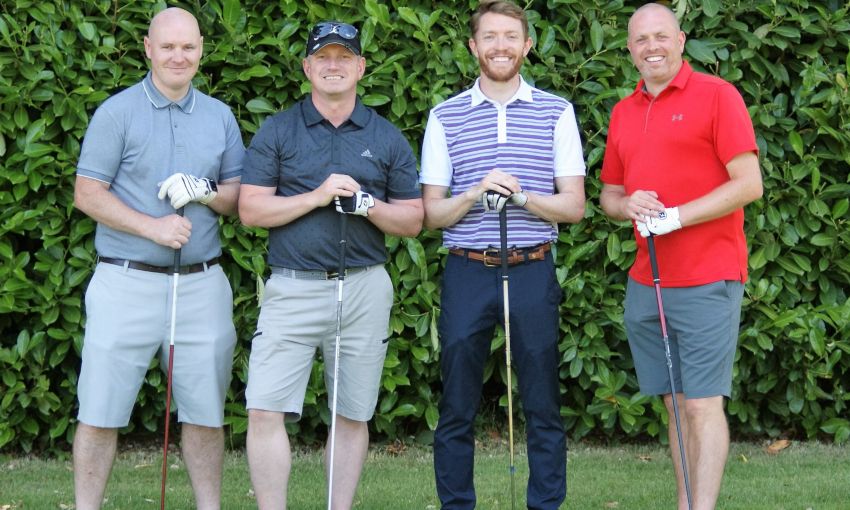 Just after midday they hoisted the Iron Lady flag high.

Anne Williams’ image, immortalised by the Kop’s iconic flag, fluttered in pride of place at Huyton and Prescot Golf Club.

Outside the clubhouse, 72 golfers who had turned out to raise money in her memory, milled about expectantly in the sun.

Each year since Anne’s passing in April 2013, a tournament has been held to honour and continue her legacy.

Watch: The story of the Anne Williams Memorial Golf Day 2019

Anne’s son, Kevin, was just 15 when he lost his life at Hillsborough.

From that April afternoon in 1989, through to her final days, Anne fought tirelessly to seek the truth about Kevin’s death at the disaster.

Her sheer devotion and selflessness inspired an entire city.

"Anne never gave in and that was all because of the love she had for her son, Kevin," explains Ste Martin, one of four proud organisers of the Anne Williams Memorial Golf Day.

"We have a term that we use for our golf day; a special day for a special lady. We have 72 players of all different standards and they’re all here in memory of Anne.

"We’ve got amazing auction prizes; 18 local companies have sponsored the holes, and we’ll raise even more through our JustGiving page.

"We’re collecting for Fans Supporting Foodbanks. The amount of stuff that has been brought along by our players is unbelievable and it will all be handed over later today.

"And then all the money we raise from the event will go to a wonderful charity called Kinship Carers."

A kinship carer is someone who provides a safe home for children and young people, who may otherwise be in local authority care.

Carers can take on full-time responsibility for family members’ or friends' children.

Based at the Ellegreen Centre in Norris Green, they provide free advice, a place to talk and a host of activities throughout the year for both the kinship carer and their child.

"Often when a young person goes to live with a kinship family, the families are just left to crack on without any support," explains Pauline Thornley, project coordinator at the centre. "Our project gives them some support.

"Sometimes our carers might be facing a problem that they will bring to our group meetings and they problem solve together. We have a special community.

"If we do get any donations, we always try to do something that otherwise we wouldn’t be able to do. Last year, we took our children on a trip to France and it was amazing."

Out on the course, the gentle quiet was broken only by the distant pings of golf balls being clipped and the occasional foul-mouthed shriek of frustration.

Some golfers wore faces of intense focus, blinking nervously in the heat. Others smirked and shrugged as they delved deep into another bush to retrieve their latest effort.

"All I say is," explains Jamie Webster as he tosses a golf ball from one hand to another. "Enjoy the good shots you hit - and don’t let the bad shots wind you up too much.

"I just aim not to come last every year, so that tells you what sort of golfer I am."

"It’s a day to enjoy yourself, isn’t it," agrees Adam Kearns, perched on the grass beside his mate at the midway point of the course. "No matter how bad you’re playing you’ve got to remember why you’re here.

"It’s hard to put into words how special a person Anne Williams was and so being here today, it’s one of my favourite days of the year."

Webster chips in: "Put it this way, me and my bird were going to book a holiday after Glastonbury but I knew I couldn’t because this tournament is always the first week of July, every year…"

The golfers worked their way around the course as the sun slowly retreated. 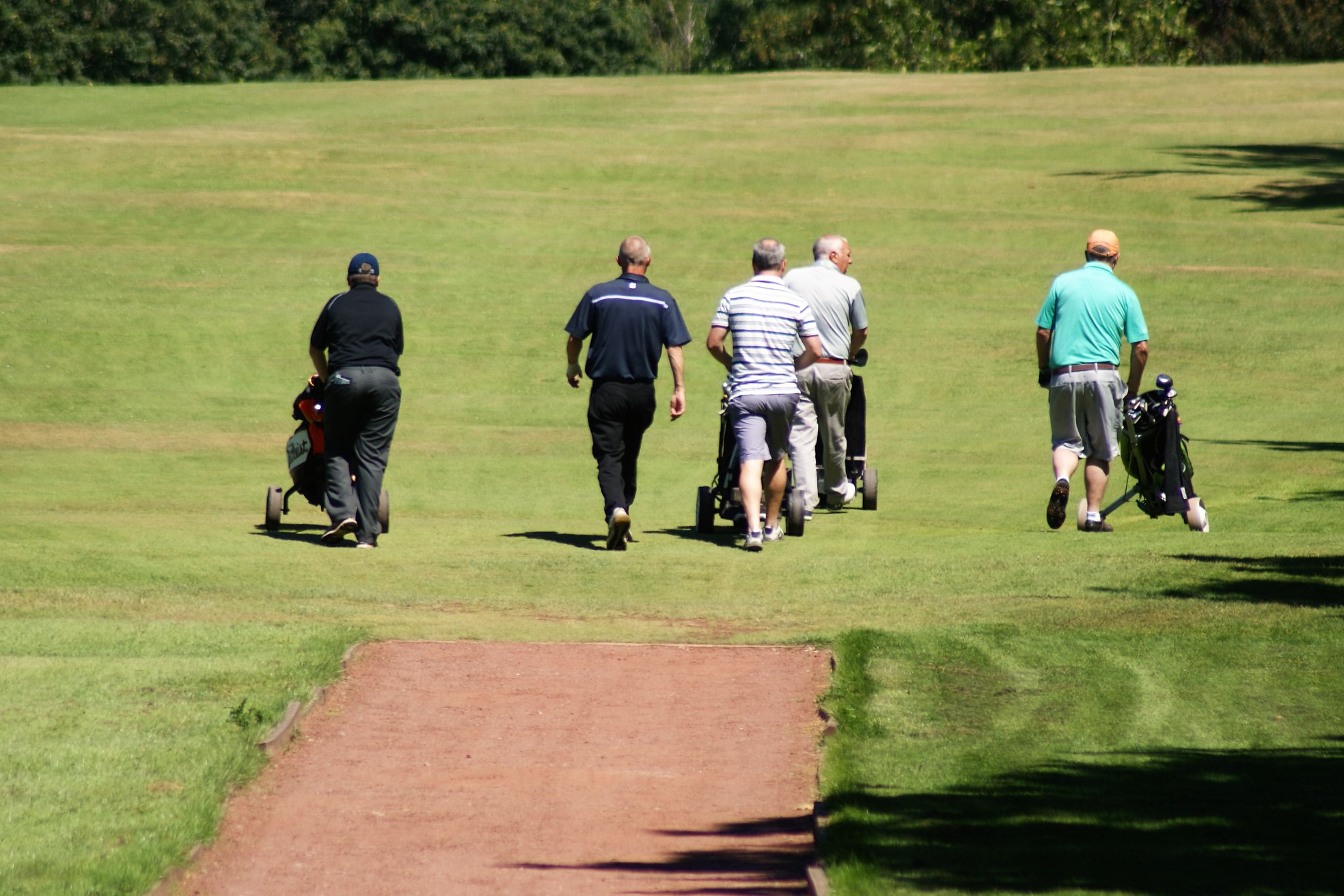 Once the gruelling five-hour course had been completed, players shuffled back to base; to the clubhouse benches where ice-cold pints of lager lay in wait.

A night of celebration was on the cards, with music from Webster to top off the evening, but first it was time to announce the various winners.

Gareth Penman, Andrew Williams and Phil Winrow picked up ‘nearest to the pin prizes’, Elliott Conway scooped the RAOTL forum’s best player, while John Washington hit the best round of the day.

Then, as a hush descended inside the clubhouse, Barry Gurrell and Paul Howard were announced as the blind pairs winners of the tournament and presented with the prestigious shield by Anne’s brother, Danny Gordon.

"Every time I come around the corner here at the golf club and I see Anne’s flag it’s fantastic," said Danny. "Each year the funds go to different charities that would have been close to Anne’s heart.

"She would be absolutely over the moon that this year the money is going to help children and families that are struggling. This event is so important to Anne’s family."

Before the party could kick into full swing it was time for Ste Martin to stun those in attendance; with the ranks of revellers now swelled by players’ friends and families.

Prizes for the auction included a signed pair of Mohamed Salah boots while the raffle served up golf trips and spends, as well as a night’s stay in Edinburgh with a Michelin Star meal.

But the real surprise came in the form of a custom-made wedge donated by professional golf star and Liverpool supporter, Tyrrell Hatton.

The golf club was one of three in existence worldwide and had been decorated with six stars alongside the names of the five cities where Liverpool have won the European Cup.

Engraved with the words ‘Allez Allez Allez’, Hatton had donated the wedge to the Anne Williams Memorial Golf Day personally when he was contacted by the organisers on Twitter. 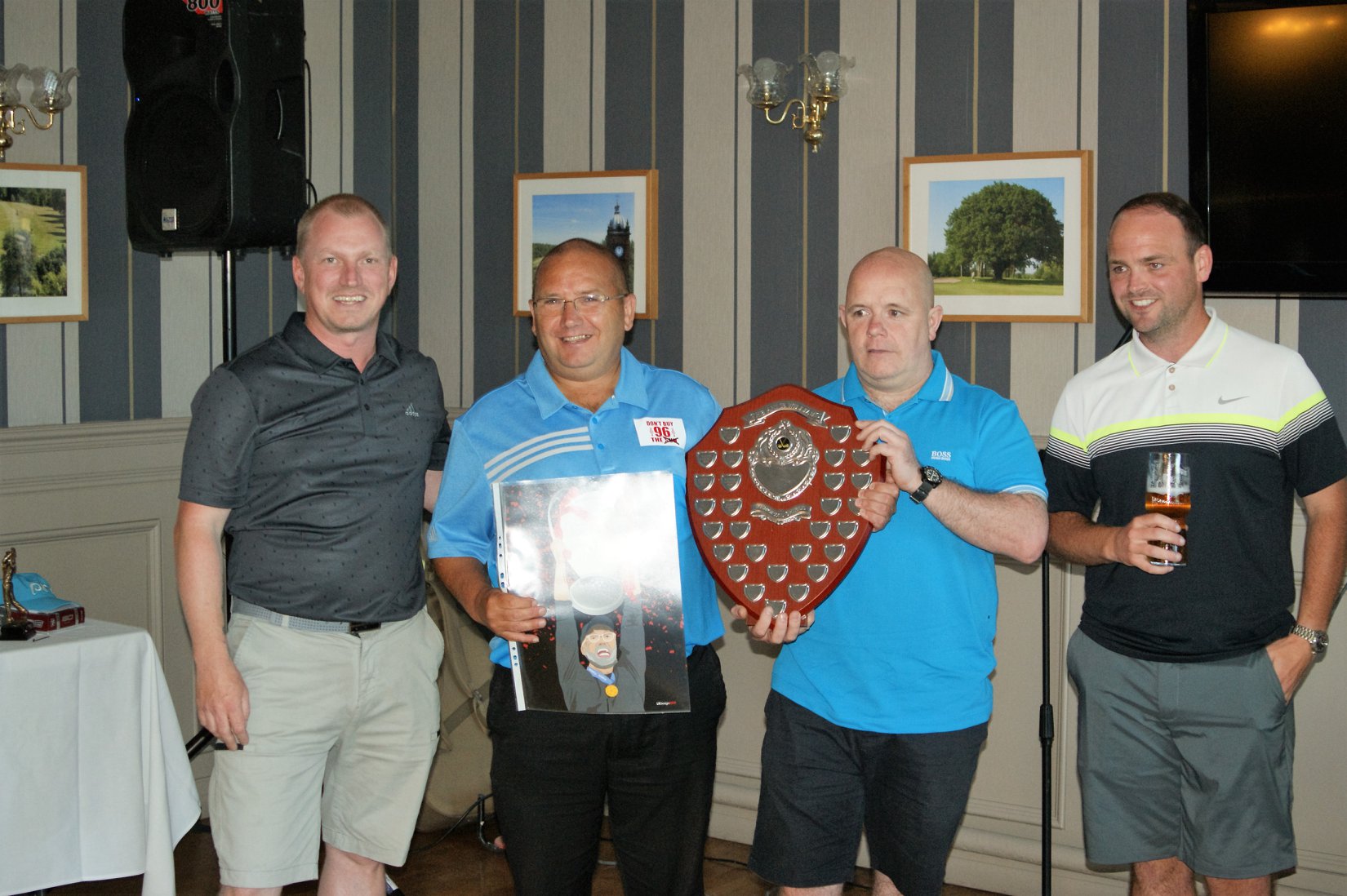 "We’re just trying to make a difference for an amazing charity who provide an amazing service," explained Ste Martin.

"Anne was a proud Scouser; a proud socialist. And I’m certain that if I could say to Anne ‘we’re going to put a day on in your memory, to support the little people who make a big difference’, I reckon she would cry."

Once all had been said and done, and another day in the glorious sunshine had passed in memory of Liverpool’s Iron Lady, those who gathered brought things to a close in the only way they knew how.

With Anne’s flag flying high above the golf club and laughter echoing out from inside the clubhouse, Jamie Webster got out his guitar and the real party could begin.