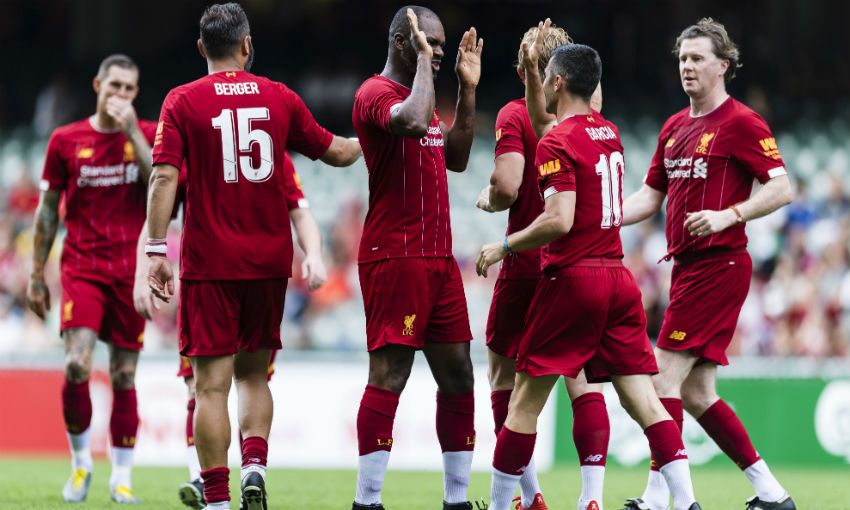 Robbie Fowler’s late penalty saw the Reds come out on top in a special one-off fixture watched by a crowd of just under 21,000 at Hong Kong Stadium.

Dortmund twice came from behind to cancel out goals by Salif Diao - the second a Xabi Alonso-esque effort from the halfway line - and make it 2-2 at half-time.

But Liverpool’s player-manager - part of a side also including the likes of Daniel Agger, Dirk Kuyt, Luis Garcia and Steve McManaman - coolly converted a spot-kick 11 minutes from time to ensure his team claimed the win.

The Reds enjoyed the better of an open start to the game and took the lead with five minutes on the clock.

After winning the free-kick himself, Fowler duly clipped in a cross to Garcia at the back post. The No.10’s attempt was smothered by Roman Weidenfeller, but Diao reacted quickest to crash the rebound high into the net.

Garcia and Dortmund’s Mohamed Zidan then traded off-target efforts as the first half proceeded at an impressive tempo, before Mladen Petric equalised after being unselfishly set up by Zidan as the two forwards bore down on Sander Westerveld.

Dortmund’s parity lasted a matter of seconds, however, as Diao channelled his inner Alonso by cheekily beating Weidenfeller directly from kick-off.

But, soon after looping a lob onto the top of the crossbar, Ewerthon slotted in BVB’s second leveller once he’d latched onto Zidan’s throughball.

Glen Johnson, moved forward to a central midfield role at the break, forced Weidenfeller into a fine reaction save in the early stages of the second period after managing to wriggle free in the penalty area.

Liverpool were then forced to ride out a spell of Dortmund pressure before Diao, seeking his hat-trick, powered in a stinging drive from all of 30 yards that Weidenfeller palmed over.

There was nothing the Dortmund goalkeeper could do to prevent Fowler from netting the winner from 12 yards, though.

Garcia, twisting and turning in the box after collecting Johnson’s probing pass, was felled by Jorg Heinrich and Fowler stepped up to convert in trademark fashion, the striker finding the top-right corner with clinical ease.