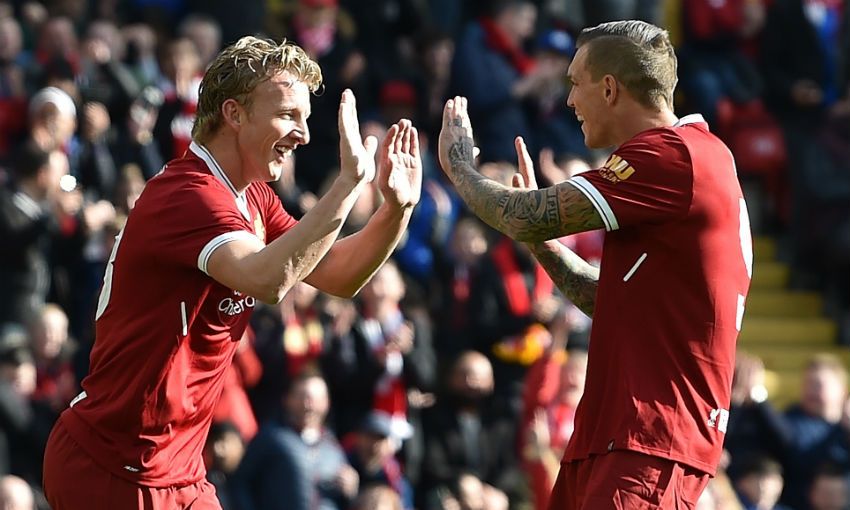 LFC Legends 3-2 Milan Glorie: How it happened at Anfield

Being back at Anfield evokes positive feelings of nostalgia for Daniel Agger, who can’t wait to wear the red shirt once again on Saturday.

Alongside the likes of Steven Gerrard, Jamie Carragher and captain Robbie Fowler, Agger is part of the Liverpool FC Legends squad that will take on a Milan Glorie team containing icons such as Paolo Maldini, Andrea Pirlo and Kaka.

The charity game, which you can watch live for free across the club’s official channels, is taking place in aid of LFC Foundation and Fondazione Milan.

Former centre-back Agger played in the Legends’ Anfield meetings with Bayern Munich last year and Real Madrid in 2017 - and the prospect of another run-out at the stadium he called home for eight-and-a-half years is one that excites the Dane greatly.

“Just to be here is good, you know, but to be on the pitch is even better. I’m not sure how long I’ll last, but I’ll give it a go!” Agger, who made 232 appearances for the Reds, told Liverpoolfc.com.

“There’s so many memories, good memories, and to play football in this stadium again is something that all of us enjoy.

“We come back to watch, but to be there ourselves is even better - even though we know we can’t really perform the way we want to. But just to be there is enough.

“I haven’t played for a long time, my body is not that good but it’s only one game and you give it everything you have.”

Agger is fondly remembered at Anfield for his classy, graceful style of defending and, of course, his penchant for a spectacular goal.

And that enduring love is very much mutual.

“I think you can say that with all players that have been through this club - we all realise when we’re not here anymore that it is something special,” he said.