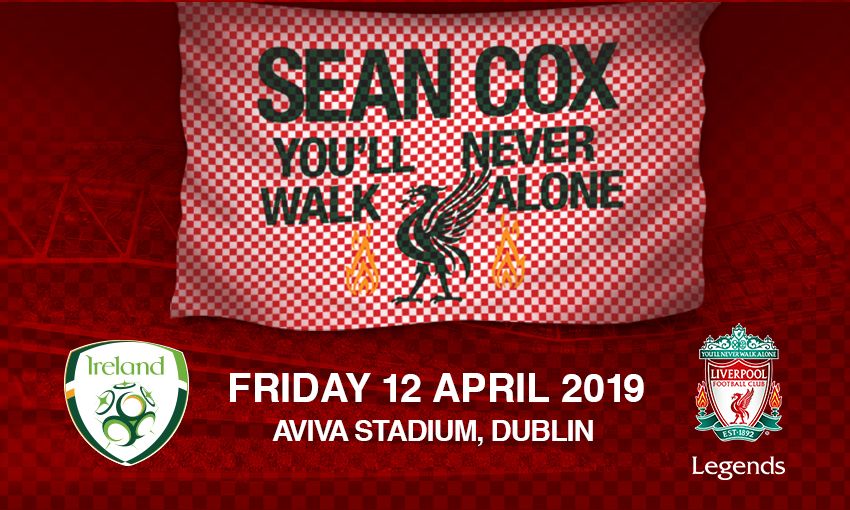 Liverpool FC and Republic of Ireland legends were at the Aviva Stadium in Dublin today to officially launch the charity game in aid of the Seán Cox Rehabilitation Trust.

The match, which will take place on Friday April 12, will see the two sets of greats go head to head in a bid to raise money to fund vital rehabilitation care for Seán Cox, who suffered life-changing injuries when he was the victim of an unprovoked attack outside Anfield ahead of the Reds’ Champions League semi-final against AS Roma last April.

LFC ambassador Ian Rush and Jason McAteer were joined by Seán’s wife, Martina Cox, and trustee of the Seán Cox Rehabilitation Trust, Stephen Felle, to announce some of the former players taking part, as well as the importance of the funds that will be raised at the game. 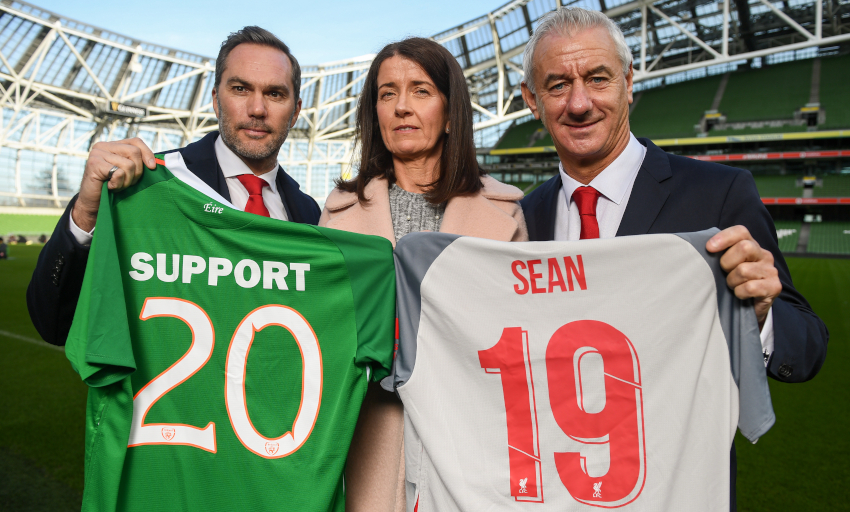 Glen Johnson also joins the LFC Legends team, as well as Robbie Keane, who, along with McAteer, John Aldridge and Phil Babb, will play for both Liverpool and their opponents.

For the Republic of Ireland XI, manager Mick McCarthy will be able to call on the likes of Kevin Kilbane, Ian Harte, Lee Carsley and Liam Lawrence, with more players to be announced soon.

“This game is so important to everyone playing in it, we want the best for Seán and his family and that means raising money playing this game to support his ongoing rehabilitation,” said Rush.

“Dublin is a special place to play when you’re a Red but playing in honour of Seán will make this a very special night and I hope our supporters will continue the incredible support they’ve already shown and turn up for Seán on April 12.”

The game at the Aviva Stadium will kick off at 7.45pm and ticket prices will start at €20 for adults, €10 for under 16s, and a family ticket (two adults and two children) will be priced at €70.

Tickets for the game go on general sale via Ticketmaster on Thursday February 14 at 10am, with pre-sales for LFC Members, season ticket holders and official LFC Supporters’ Clubs taking place beforehand.

For more information on Seán’s story, or to donate to the campaign, visit supportsean.com.