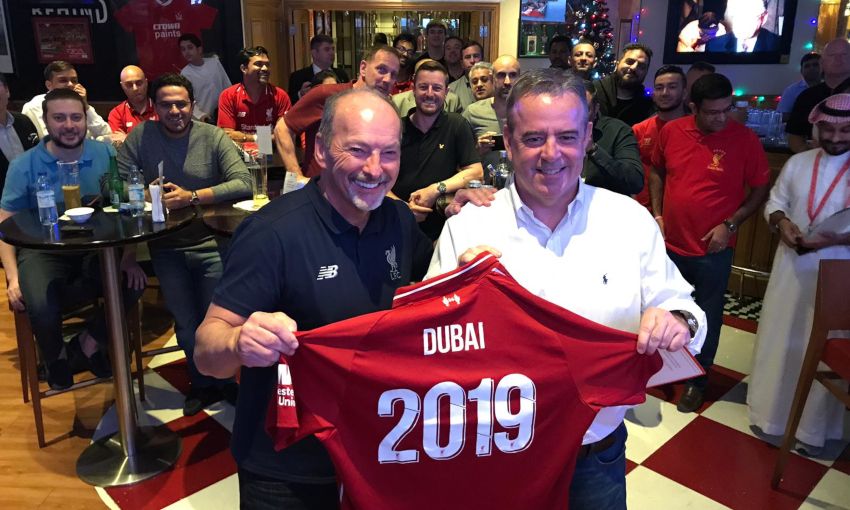 Moore met with supporters at the Ramee Rose hotel in Dubai to talk about the club’s off-the-pitch progress and join the members in a Q&A session.

LFC’s Dubai supporters club was established in 2006 and quickly recognised as an official branch the same year.

It has more than 200 registered members, predominantly expats but also fans from a diverse range of cultures and backgrounds who meet for every Reds home game, as well as arranging a variety of social activities and charity events throughout the season.

The branch also has a five-a-side team that plays in a local league and organises regular weekend get-togethers for members.

Neil Briody, chairman of the Dubai supporters club, said: “We were absolutely honoured to welcome Peter to our club today.

“He gave a really insightful presentation about the work that’s going on behind the scenes and answered all of our burning questions. We’ll hopefully see him again here soon.”

During his time in Dubai, Moore attended the Dubai International Sports Conference Globe – a two-day event, organised by the Dubai Sports Council, designed to open discussions on the global development of football.

He joined leaders from many areas of international football – including chairs, directors, referees, agents, players and coaches – in sharing their expertise and experience, with a particular focus on global football economic strategy.

The Dubai Sports Council presented Moore with a DubaiSC13 Award as a thank you for taking part in the conference. 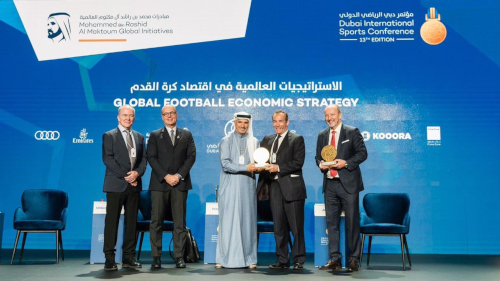