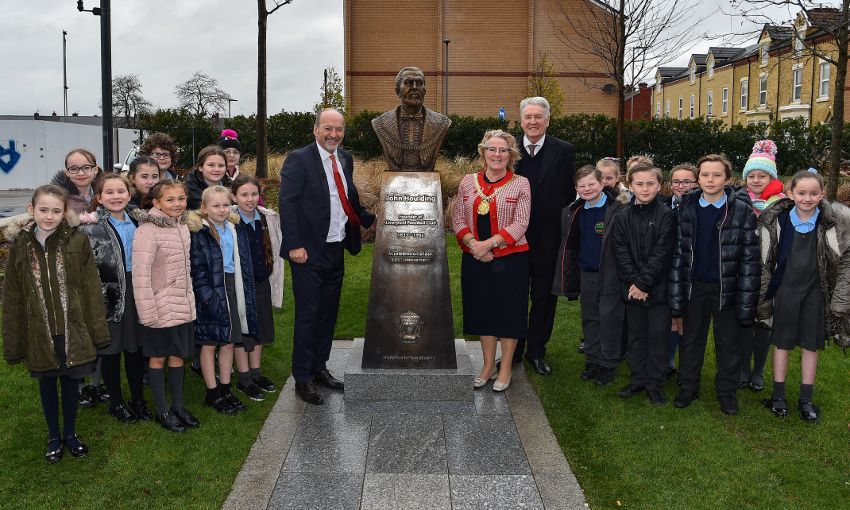 Beat the queues with SeatServe at Anfield

“He was an important character in our city’s history and this stunning tribute is a fitting reminder of what he started over 120 years ago.”

Pupils from Anfield’s Four Oaks Primary School, which is situated in the shadow of the stadium, were also in attendance to lend a helping hand to the Lord Mayor and Moore.

The bronze bust, situated on 96 Avenue, depicts Houlding looking up at Anfield’s Main Stand and was created by Liverpool sculptor Tom Murphy, who also created the Bill Shankly statue that sits proudly outside the Kop.

“The sculpture has been over a year in the making. There are very few images of John Houlding and so it was important to do the right research on his style of clothes and other details,” said Murphy.

“We felt it was important to show him wearing his Mayoral chain to reflect his impact not just on football, but the city as a whole.”

“The sculpture has already proved very popular with supporters visiting Anfield and I’m sure it will continue to do so.”

On demand: The life and times of John Houlding