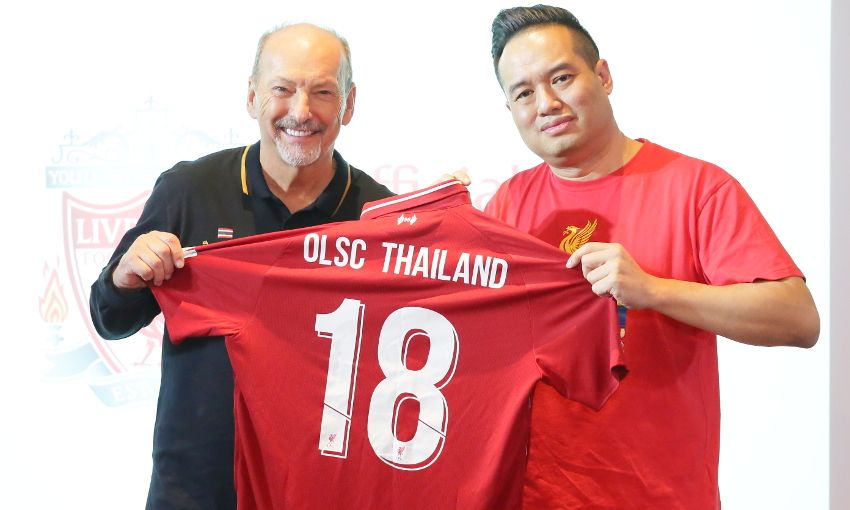 Liverpool FC chief executive Peter Moore was a special guest at the 18th birthday party of the official LFC supporters’ club in Thailand on Wednesday.

Moore dropped by the event to mark the group's milestone and presented them with a jersey signed by the Reds’ first-team stars.

He then gave a presentation on the club’s off-the-pitch activities and plans before joining in an entertaining Q&A session with the 50 fans present.

Earlier in the day, Moore had visited Liverpool’s official club store in Bangkok, where he held a meet and greet with supporters and tackled their questions. 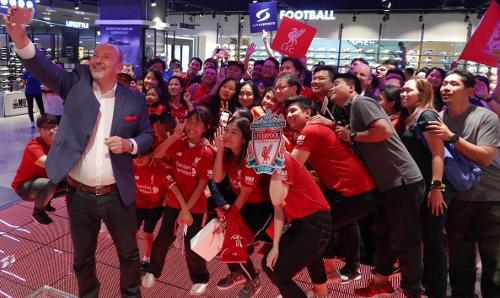 LFC’s official Thailand supporters’ club was established in 1999 and become formally recognised as part of the club two years later.

They currently have around 250 registered branch members who meet to watch all Reds matches – even at unsociable hours.