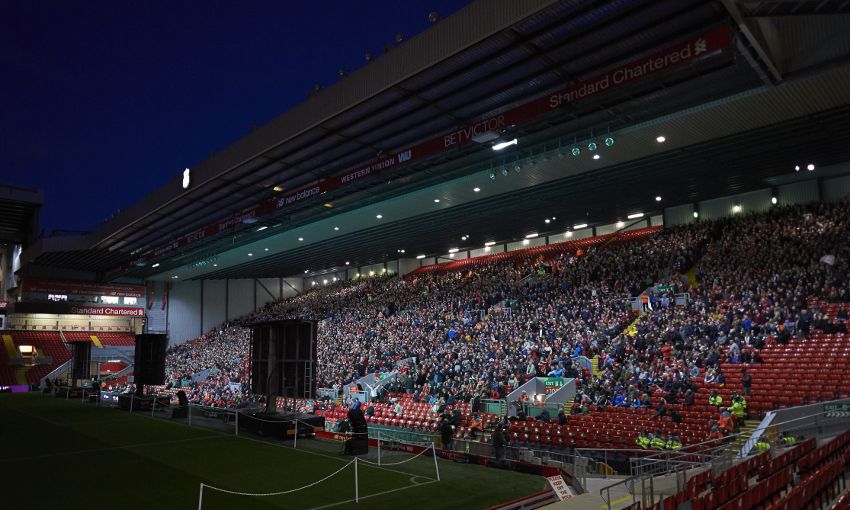 Fans attending the live screening of the Champions League final at Anfield, in association with BT Sport, can soak up the atmosphere ahead of the highly anticipated game.

For fans wishing to purchase LFC and Champions League souvenirs, the Reds superstore will be open from 8am until 7.30pm. Matchday programmes will also be available to purchase from the store, fan zones and in a number of concourse kiosks inside the stadium.

Turnstiles for the event will open at 5.45pm and fans can enjoy pre-match entertainment on the concourse including face painters, live music and have their photo taken with the European Cup.

Food and drink kiosks on concourses will be open from two hours prior to kick-off until 75 minutes into the game - but will not be in operation in the event of extra-time.

Fans can also order food to selected seats during the match or pre-order food to designated collection points using the Seat Serve app. We recommend that fans download the app in advance from Anfield.SeatServe.com.

Limited car parking is available in Stanley car park at a cost of £5. The 917 bus service will also be in operation offering a direct service to Anfield from St Johns Lane, and will depart from Walton Breck Road after the game.

Fans should be aware that there will be temporary road closures in place around the ground ahead of the event, which are usually in operation on a matchday.

We look forward to welcoming everybody to Anfield. For the latest information, please visit our live blog here.